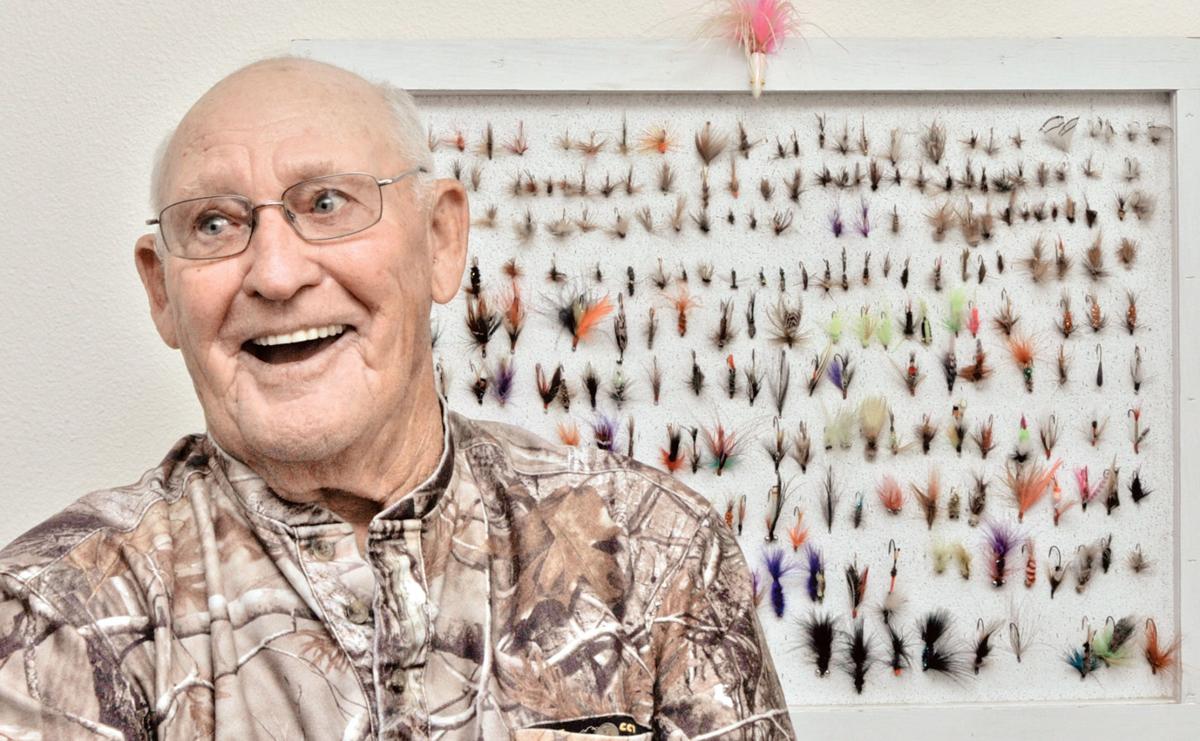 Henry Spivey, 86, has been tying flies since he was 12 years old. He spends his cold winter months at his fly-tying bench and good weather fishing. The assortment behind Spivey is a small sample of his inventory and skill. 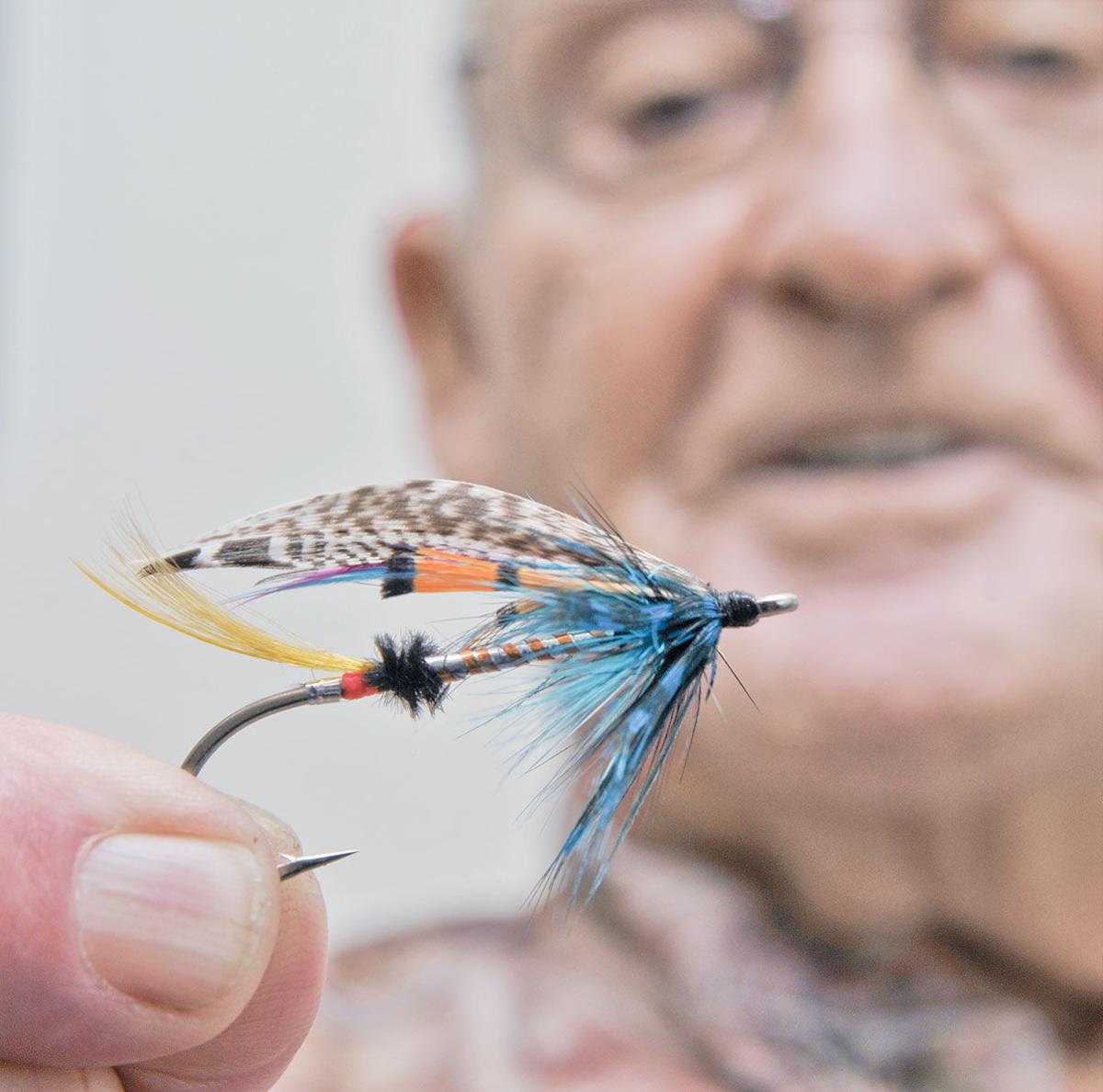 Bold and colorful spey flies are used for big water and big fish like steelhead.

The golden pheasant plume is used sparingly and for some of Spivey's special ties. 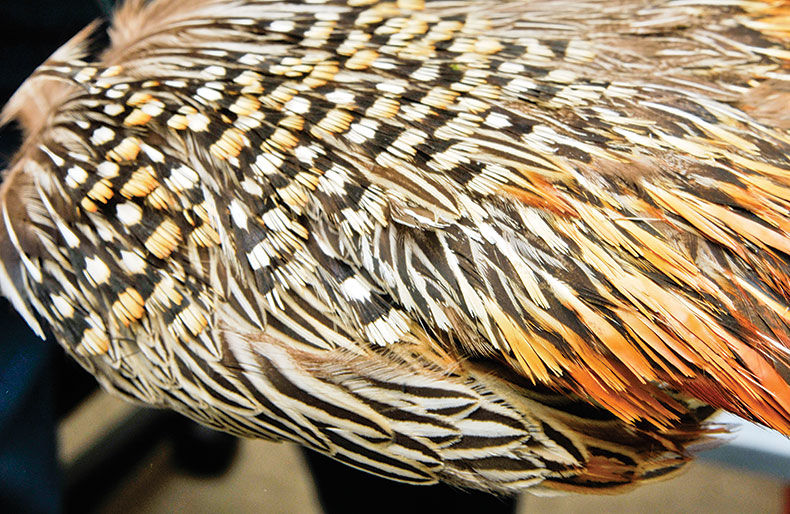 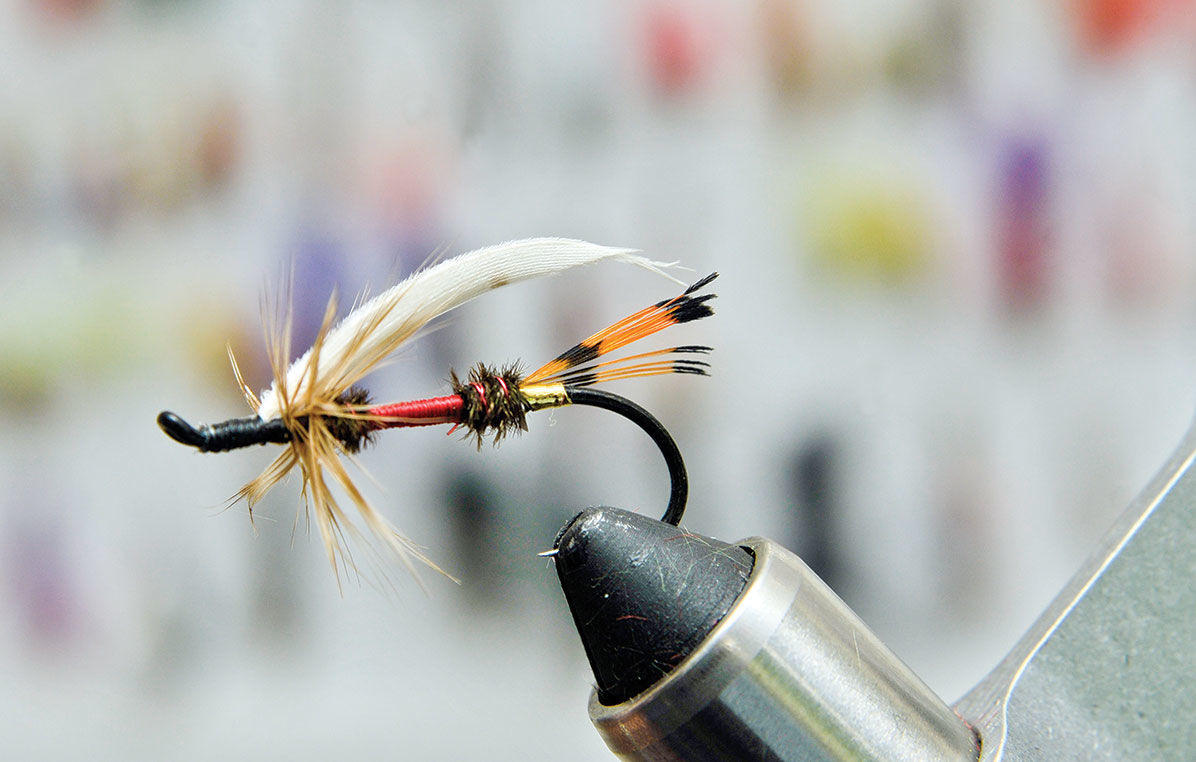 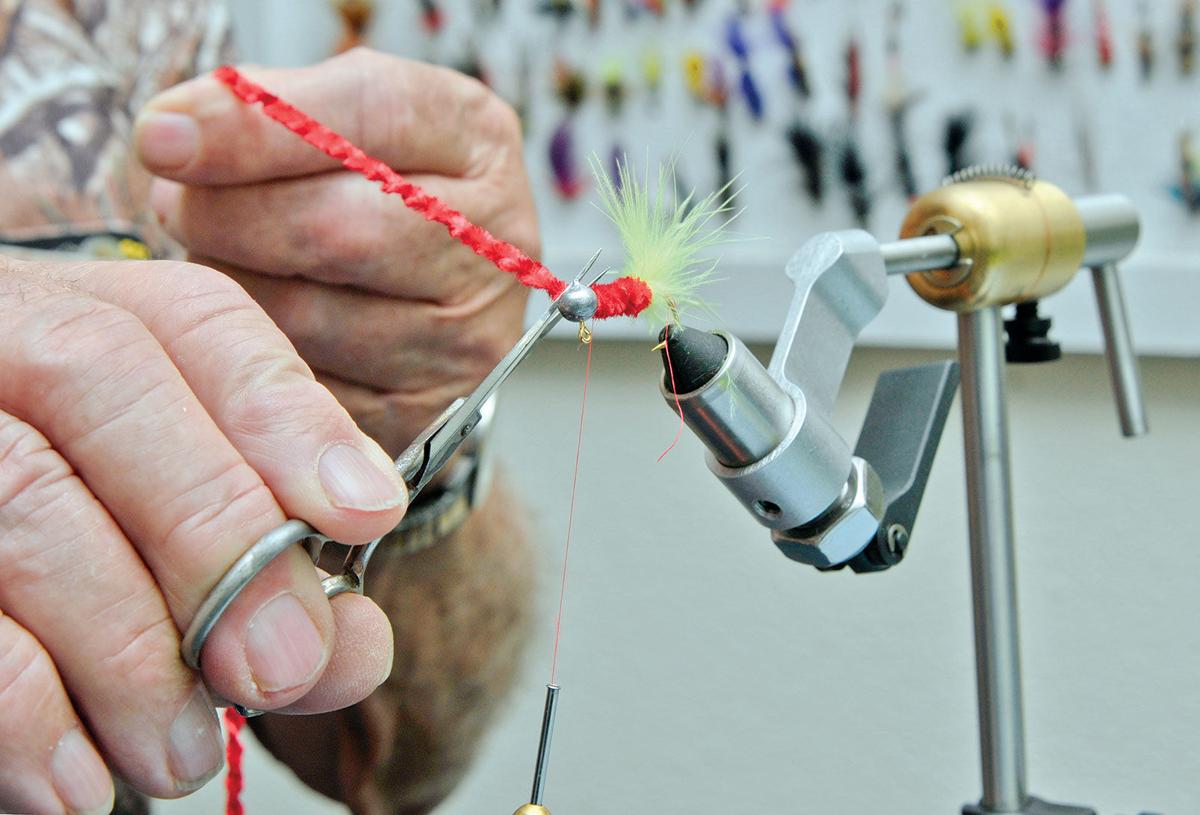 Spivey demonstrates his technique and speed at tying one of a wide variety of crappie jigs.

Henry Spivey, 86, has been tying flies since he was 12 years old. He spends his cold winter months at his fly-tying bench and good weather fishing. The assortment behind Spivey is a small sample of his inventory and skill.

The golden pheasant plume is used sparingly and for some of Spivey's special ties.

Spivey demonstrates his technique and speed at tying one of a wide variety of crappie jigs.

Henry Spivey clamps a bare fish hook in a tiny vise and starts wrapping bright orange thread around the metal.

Then comes a lime green feather, and a finishing wrap of red chenille yarn.

He unclamps the creation and holds up the newest lure in his collection.

“And that crappie jig is made,” he said.

Spivey, 86, chuckles when asked how long he’s been fishing.

“I was tickled to death to get out of church.”

That excursion sparked a life-long love of fishing. Spivey tied his first fly at age 12.

On his wall are two frames filled with flies of all sizes and hues — tiny ones that mimic mosquitoes and sturdy hooks designed to lure, and hold, steelhead.

His flies are for sale at York’s in Baker City and the Hitchin’ Post in Richland.

Spivey has books about fly tying but he doesn’t always follow the patterns.

“When I start one fly it always turns into something else,” he said.

He has a treasure trove of supplies organized in plastic bins at his apartment at Meadowbrook Place.

There are speckled feathers from chickens, blue features from peacocks, and a golden pheasant plume in sunshine yellow.

“One chicken is worth 250 dollars,” he said of the feathers.

Another drawer is full of animal hair — deer, coyote, moose.

“A lot of flies call for moose hair,” he said. “They float pretty good.”

Although Spivey has always fished, he didn’t get into tying flies until he retired.

He grew up in Baker City, and worked for the highway department in far-flung areas of Oregon — near McDermitt at the Nevada border and later in Kinzua in Central Oregon. He retired in Pendleton.

Tying flies fills Spivey’s time when he isn’t fishing — which he does every chance he gets.

On a recent weekend he fished at Malheur Reservoir south of Bridgeport, his favorite place to toss a line.

“That lake is five miles long,” he said. “It was starting to freeze over, but we found some open water.”

He’s catching fish more than eating them, so he often releases his catch (unless it’s halibut). Mostly, it seems, Spivey relishes the task of tying flies.

He takes 150 flies when he goes fishing.

Spivey can tie up to 25 flies in an hour.

But some are more complicated with layers of thread and feathers and fluff.

“Some take five days to make one fly,” he said.

His favorite is the Royal Coachman.

He also has a wide variety of spey flies.

He points to his boards of flies where hot pink lures hang next to jigs in various shades of brown.

He’s cast a line for all types of fish, but he’s not too keen on trout. That aversion goes back to his youth, when he and his dad were fishing near Izee, in Grant County.

Spivey caught a 24-inch trout — but then an 18-inch rattlesnake slithered out of the fish’s mouth.

But snakes won’t keep him away from his favorite fishing holes.

“I love to be outside,” he said. “I’d live there if I could — huckleberrying, mushrooming, fishing.”

He doesn’t ice fish. So this winter he will continue tying flies to try out next spring.