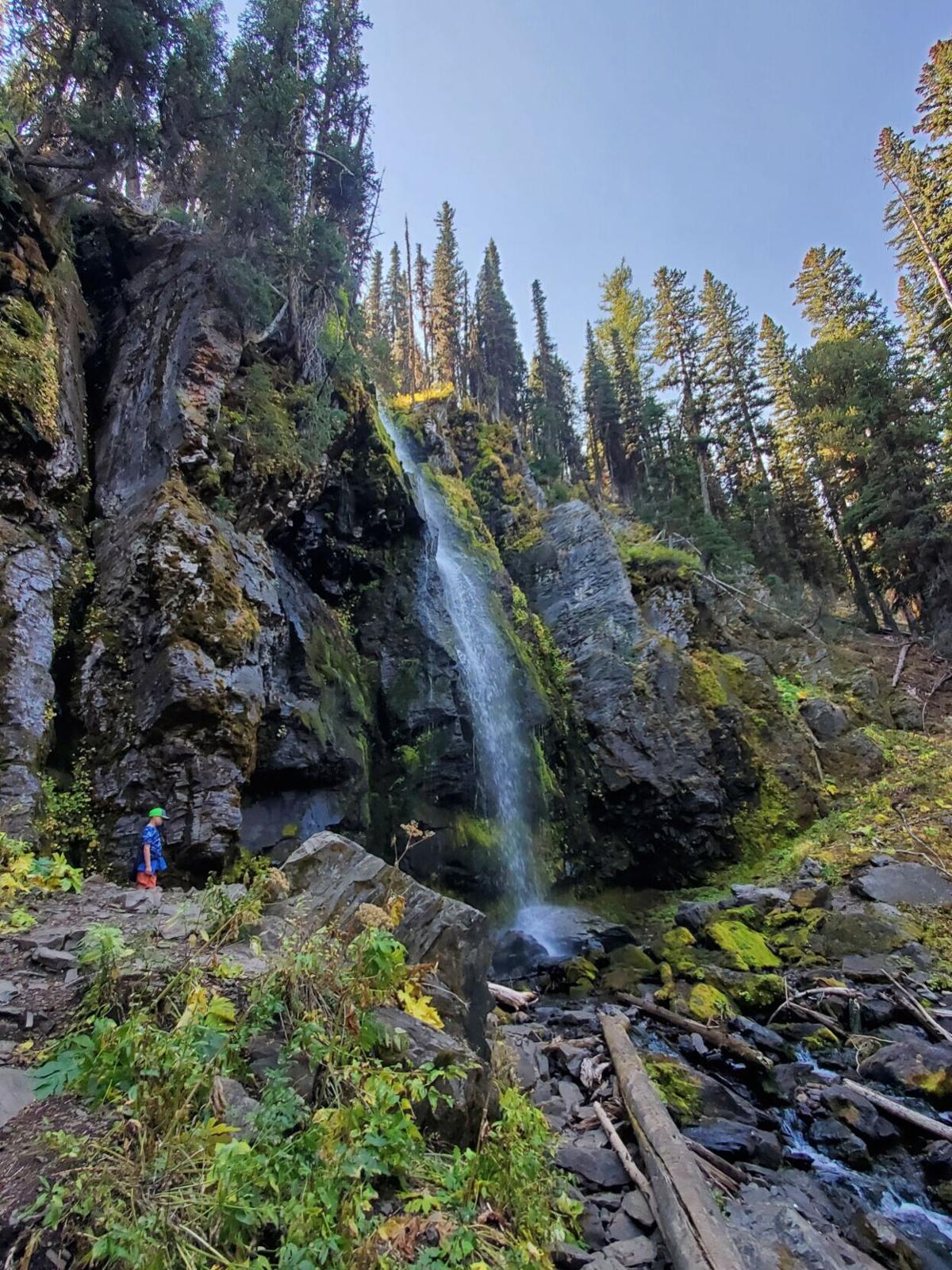 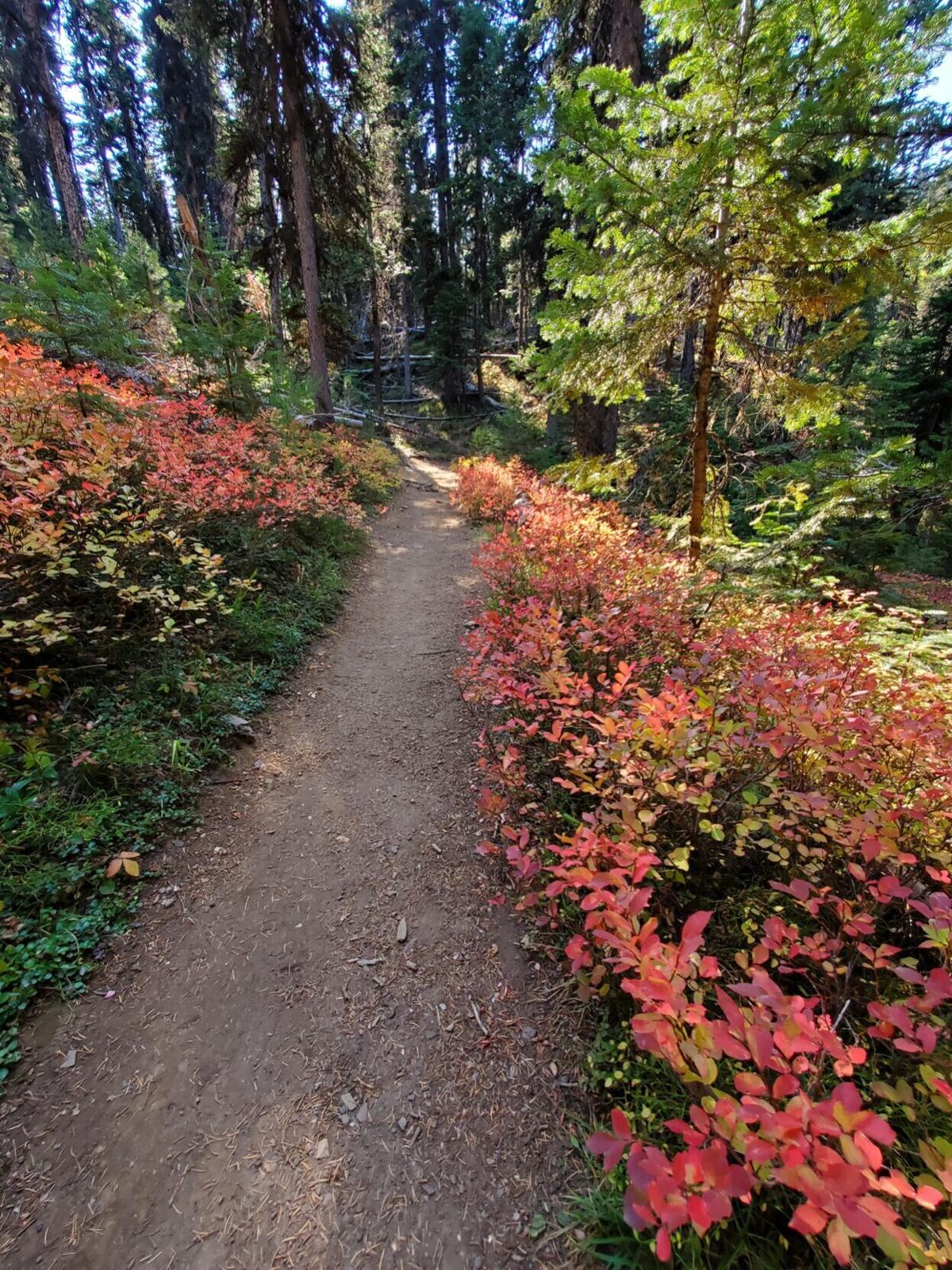 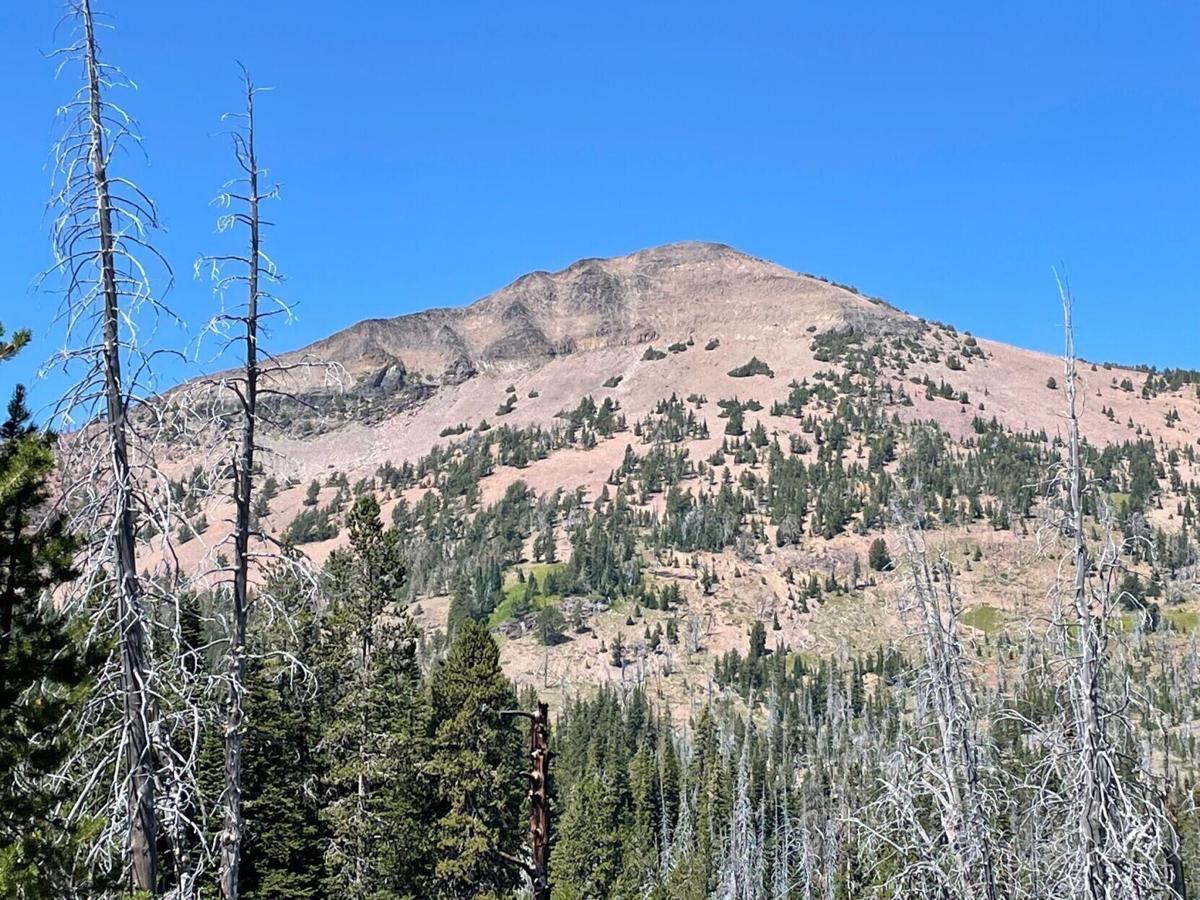 Strawberry Mountain is the tallest peak in Eastern Oregon between the Elkhorns near Baker City, and Steens Mountain. 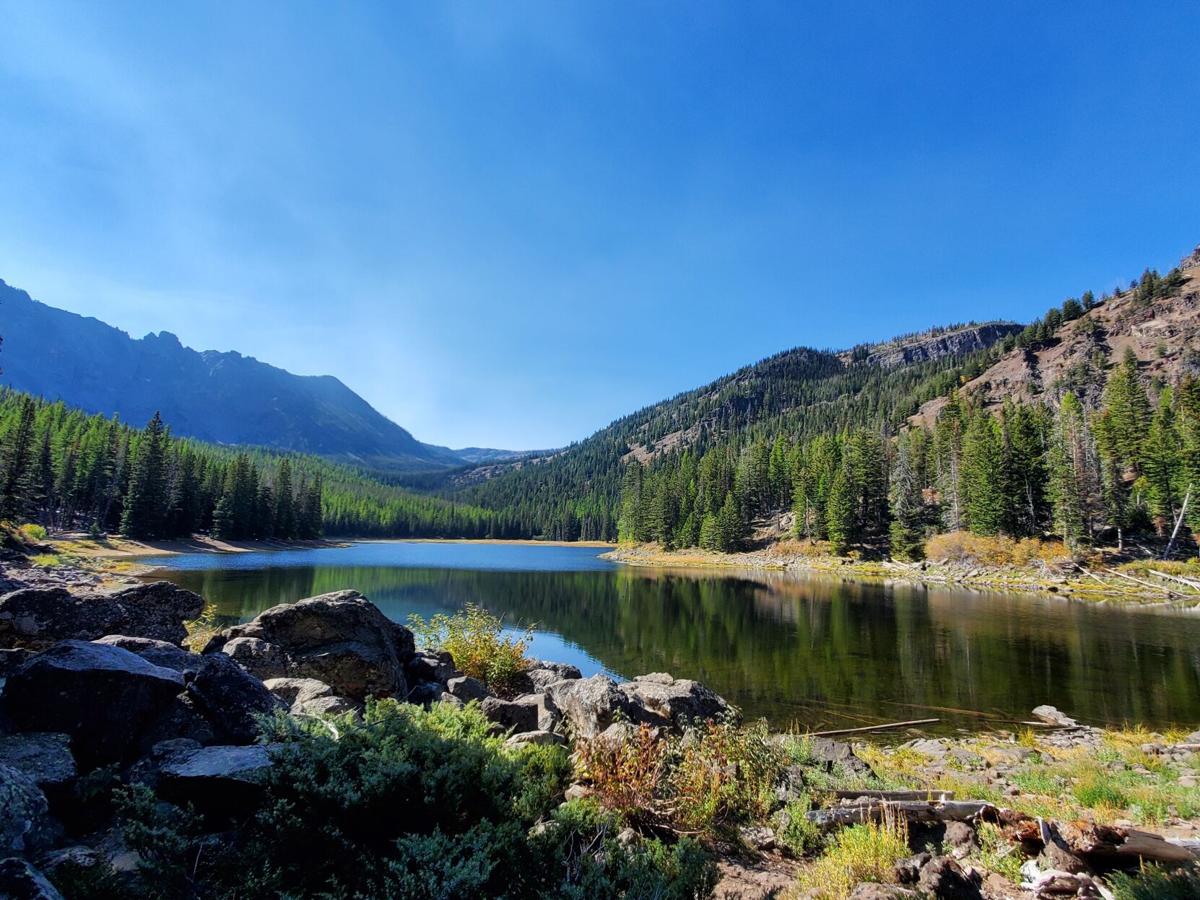 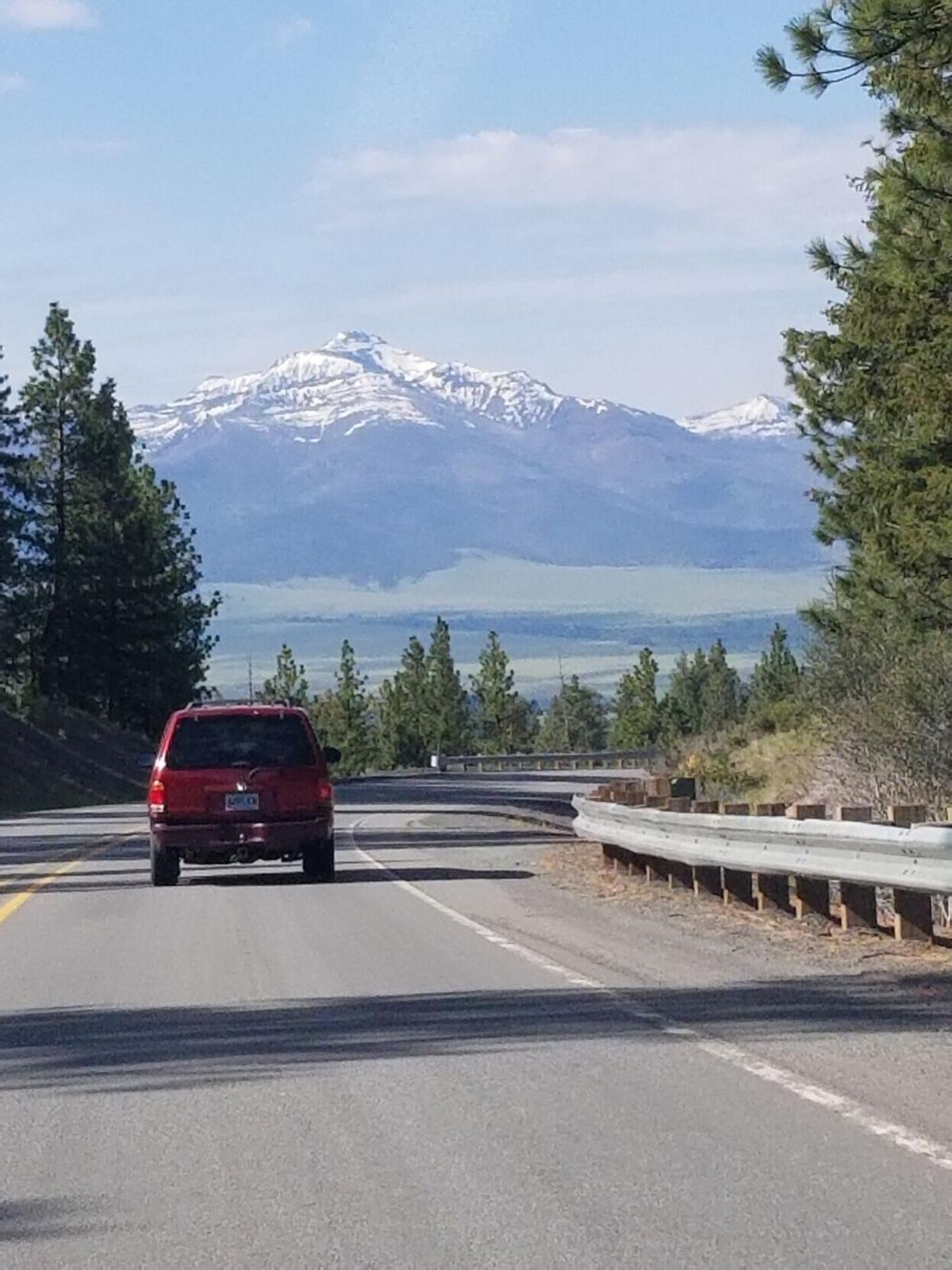 Snowclad Strawberry Mountain, seen from Highway 26 near Dixie Pass, in May 2018.{div id=”highlighter--hover-tools” style=”display: none;”} {/div} 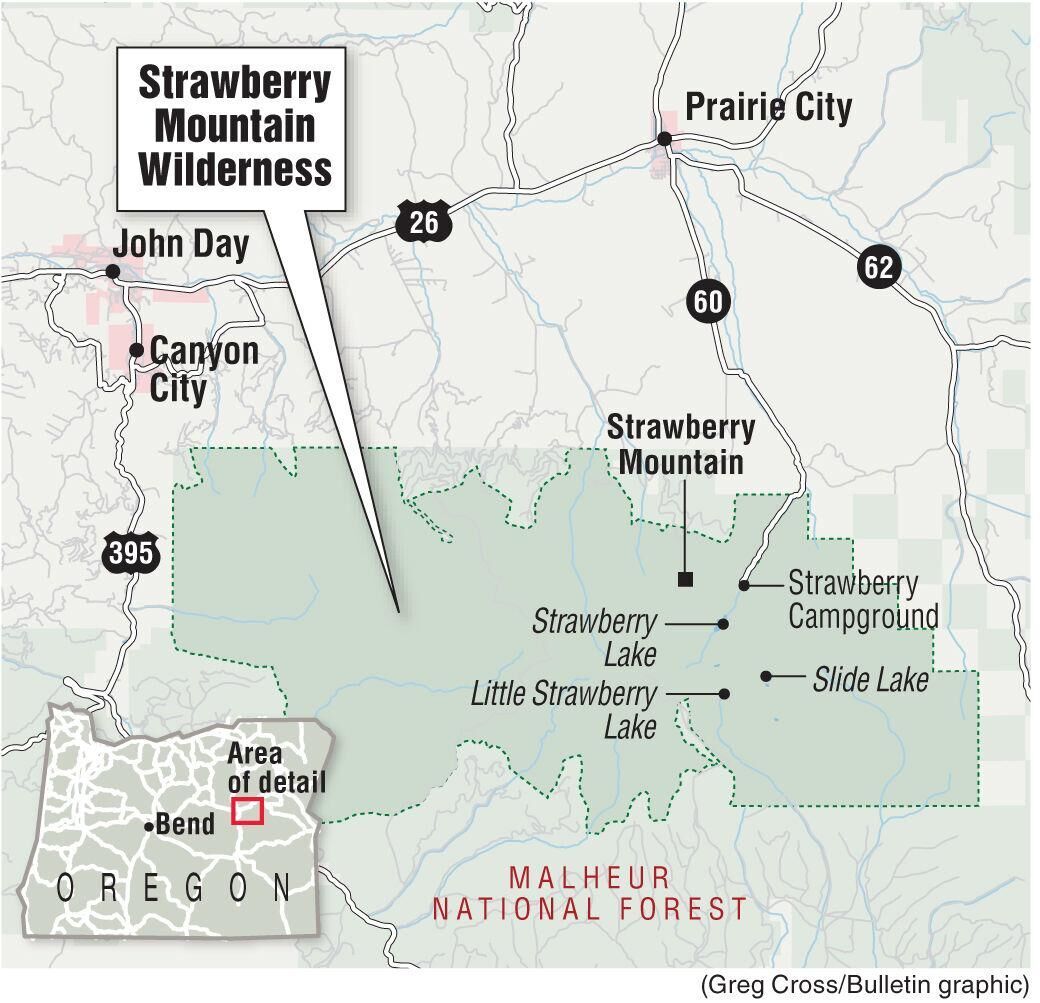 Strawberry Mountain is the tallest peak in Eastern Oregon between the Elkhorns near Baker City, and Steens Mountain.

Snowclad Strawberry Mountain, seen from Highway 26 near Dixie Pass, in May 2018.{div id=”highlighter--hover-tools” style=”display: none;”} {/div}

Strawberry Mountain isn’t the tallest peak in Eastern Oregon but it looks as though it ought to be.

Few summits in the region dominate the surrounding topography as thoroughly as Strawberry Mountain.

Its eminence exceeds its elevation.

Which is not to say that Strawberry is a middling mountain.

And Rock Creek Butte in the Elkhorns west of Baker City has a slight edge, at 9,106 feet.

But between the Elkhorns and Steens Mountain — a span of about 150 miles — no pinnacle reaches higher than Strawberry Mountain’s.

This massive pile of andesite — a volcanic rock that has more silica than its eruptive cousin, basalt, but less than another, rhyolite — commands the terrain of eastern Grant County in a way few other peaks in the area can replicate.

In no spot, perhaps, is Strawberry Mountain more impressive than from Prairie City, where its bulk nearly fills the southern skyline.

My favorite vantage point, though, is a short section of Highway 26 just west of Dixie Pass.

Here the highway briefly veers from west to south, and the mountain suddenly looms in the windshield. I have seen it from here, whizzing along at 55 mph, dozens of times, mantled in snow and barren in summer, and it never fails to impress, as a proper mountain should.

Strawberry Mountain’s prominence has much to do with its singularity.

Unlike its taller neighboring ranges, the Elkhorns and the Wallowas, Strawberry Mountain is isolated, aloof. Although the peak is part of a larger chunk of elevated ground — the Strawberry Range — no other summit approaches its lofty position.

By contrast the Elkhorns, and even more so the Wallowas, constitute a series of major ridges, each capped with multiple high points.

Both ranges are indubitably impressive.

But the sheer expanse of their topography, the multitude of summits, denies any individual peak the prominence that distinguishes Strawberry Mountain.

But put the same man on the court with a bunch of middle schoolers and his height will be magnified.

So it is with Strawberry Mountain.

In this sense the peak has more in common with Mount Hood, Mount Jefferson and the other great volcanoes of the Cascades than it does with the Elkhorns and the Wallowas.

Nor is this the only kind of kinship.

Strawberry Mountain’s origin, as mentioned, is volcanic, unlike many of the rocks in the Elkhorns and Wallowas, which are sedimentary.

The rock that became Strawberry Mountain belched out of volcanic vents about 15 million years ago, according to geologists.

This would have been an unpleasant time to be living in proto-Oregon.

During that era, part of the Miocene geologic epoch (24 million to 5 million years ago), lava in volumes unimaginable spewed forth in many parts of what would become our state.

The biggest of these, contemporaneous but unrelated geologically to the Strawberry volcanoes, were the “flood” basalts that flowed, like hot soup, down what would become the Columbia River Gorge.

Many millions of years later, Ice Age glaciers gouged at the mountains, grinding away volcanic and sedimentary rocks with equal aplomb, forming the great U-shaped canyons so conspicuous in the Elkhorns and Wallowas and at Steens Mountain.

This is also the site of the most popular trail in the 68,700-acre Strawberry Mountain Wilderness, Strawberry Basin.

This is, among much else, the route to the top of Strawberry Mountain, an ambitious goal involving about 13 miles of hiking and, more notably, an elevation gain of about 3,300 feet.

But you needn’t invest nearly so much time, or toil, to appreciate the Strawberry Mountain Wilderness.

On the last Saturday in September, my wife, Lisa, and I, and our kids, Olivia, 14, and Max, 10, hiked the trail to two of its standout spots — Strawberry Lake and Strawberry Falls.

We covered a little more than six miles, round trip, and gained about 1,200 feet of elevation.

It was the quintessential day during that period when neither summer nor autumn is completely in charge.

There were no clouds. In full sunshine the air might have been mistaken for July, but at the instant we reached a patch of shade cast by a tall trailside tamarack, the illusion was gone and the coolness carried the essence of October.

If you’ve hiked much in the Elkhorns or the Wallowas (or the Greenhorns, for that matter), the Strawberry Range will seem familiar.

The forests are the typical mixture of lodgepole pine and Douglas-fir and tamarack, with copses of willow in the wet spots and aspen groves, some burnished orange, brightening the rockslides.

Spring-spawned brooks trickle across the trail in places, their water having the customary chill of high places.

Strawberry Lake, about 1.4 miles from the trailhead, is a classic alpine lake, fringed by forest, its blue surface rippled by the breeze and by the leaps of brook trout.

A trail encircles the lake. We took the more heavily traveled east fork, which climbs gradually through mostly lodgepole pines to Strawberry Falls, about a mile past the head of the lake.

The 70-foot falls splash onto mossy boulders just to the right of the trail.

From there the trail climbs more steeply, with a few switchbacks, to a bridge across Strawberry Creek just above the top of the falls. We hiked a bit farther, passing the junction with the trail that leads about a third of a mile to Little Strawberry Lake.

You have to hike another half a mile or so, on an increasingly steep grade, to get a view of Strawberry Mountain itself.

We headed back down. A little ways below the falls, Max exclaimed as the bright red head of a bird zipped across the trail.

It was a pileated woodpecker, the first I’ve seen in the wild. We all watched the bird for a few minutes as it hopped along logs and sampled a few lodgepoles, apparently not finding any easily accessible insects to make up its lunch.

We, on the other hand, had beef chunks and Sour Patch Kids.

Which, if I may be so bold, are tastier than bugs.

Although probably not as nutritious.

Drive Highway 26 to Prairie City. Turn south onto S. Main Street, crossing the John Day River and passing the Sumpter Valley Railway Depot and Dewitt Museum on the left. At an intersection, turn left on SW Bridge Street, and, in a short distance, turn right on S. Bridge Street, at a sign for Strawberry Campground, 11 miles away. Continue south on the paved County Road 60, which turns to gravel after a few miles. The road is well-maintained for all but the last mile or so, when it becomes steeper and rougher. The road ends at Strawberry Camp, which is also the trailhead for Strawberry Basin Trail. There is no fee to park, and no permits are required for hiking in the Strawberry Mountain Wilderness.