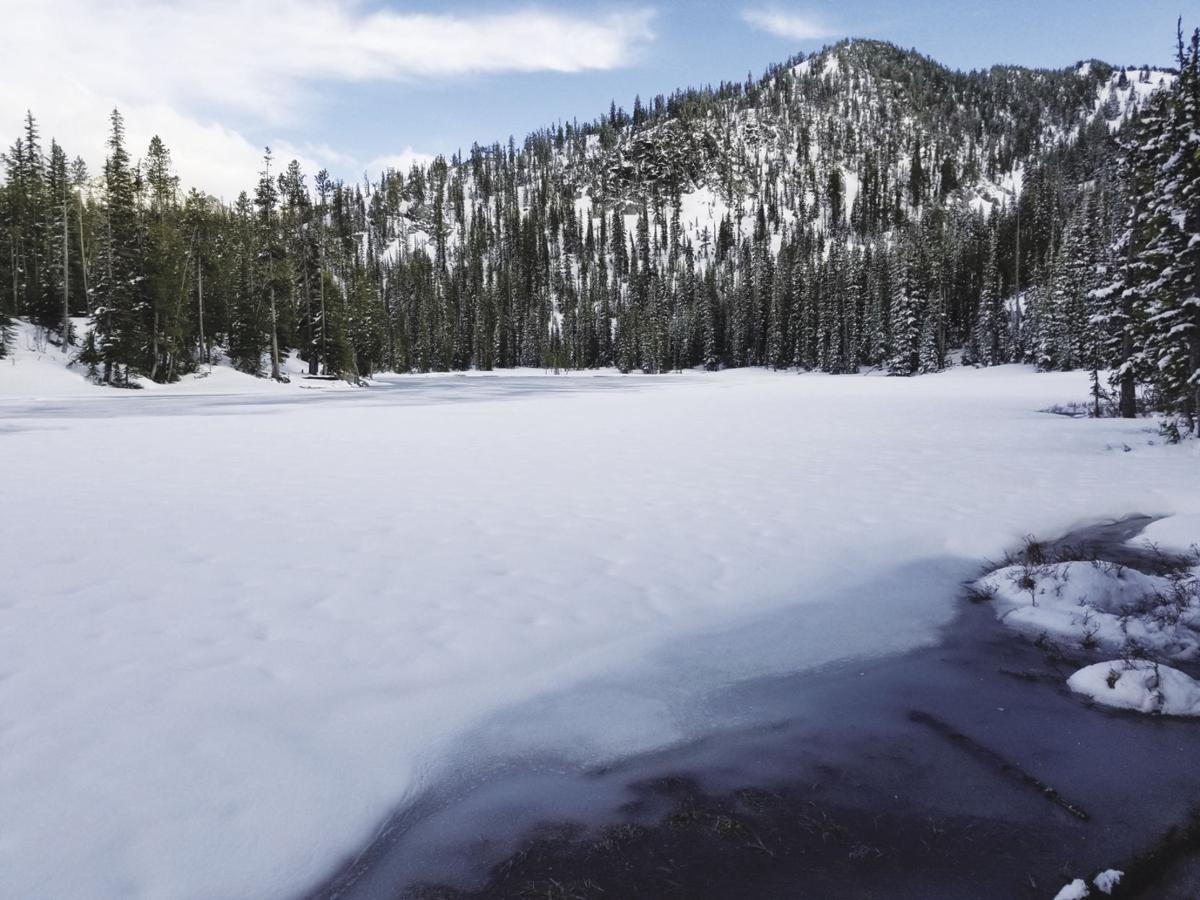 Black Lake, in the Elkhorn Mountains near Anthony Lake, is still covered by snow and ice. 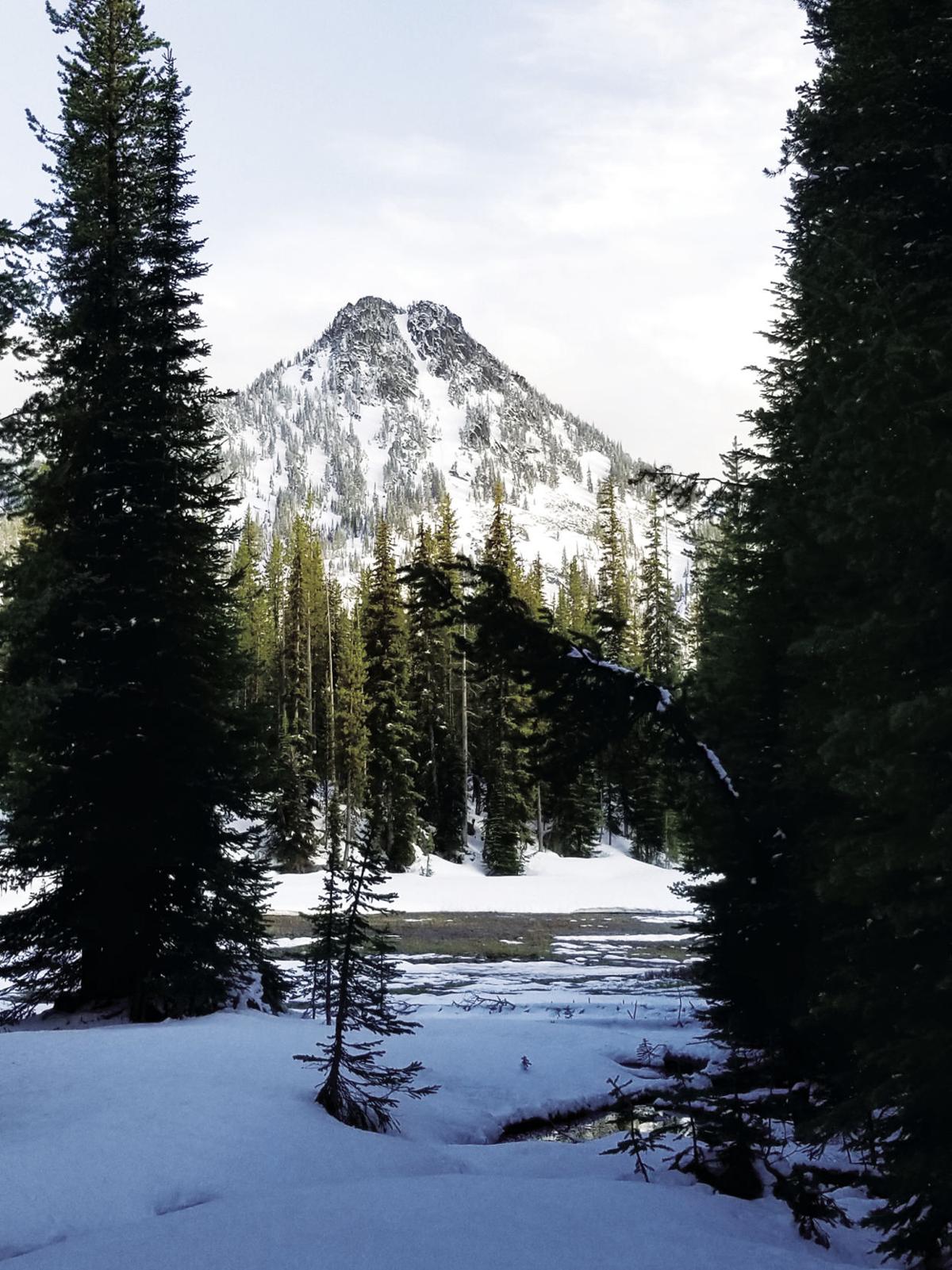 Gunsight Butte looms over the Anthony Lakes basin in the Elkhorn Mountains west of North Powder. 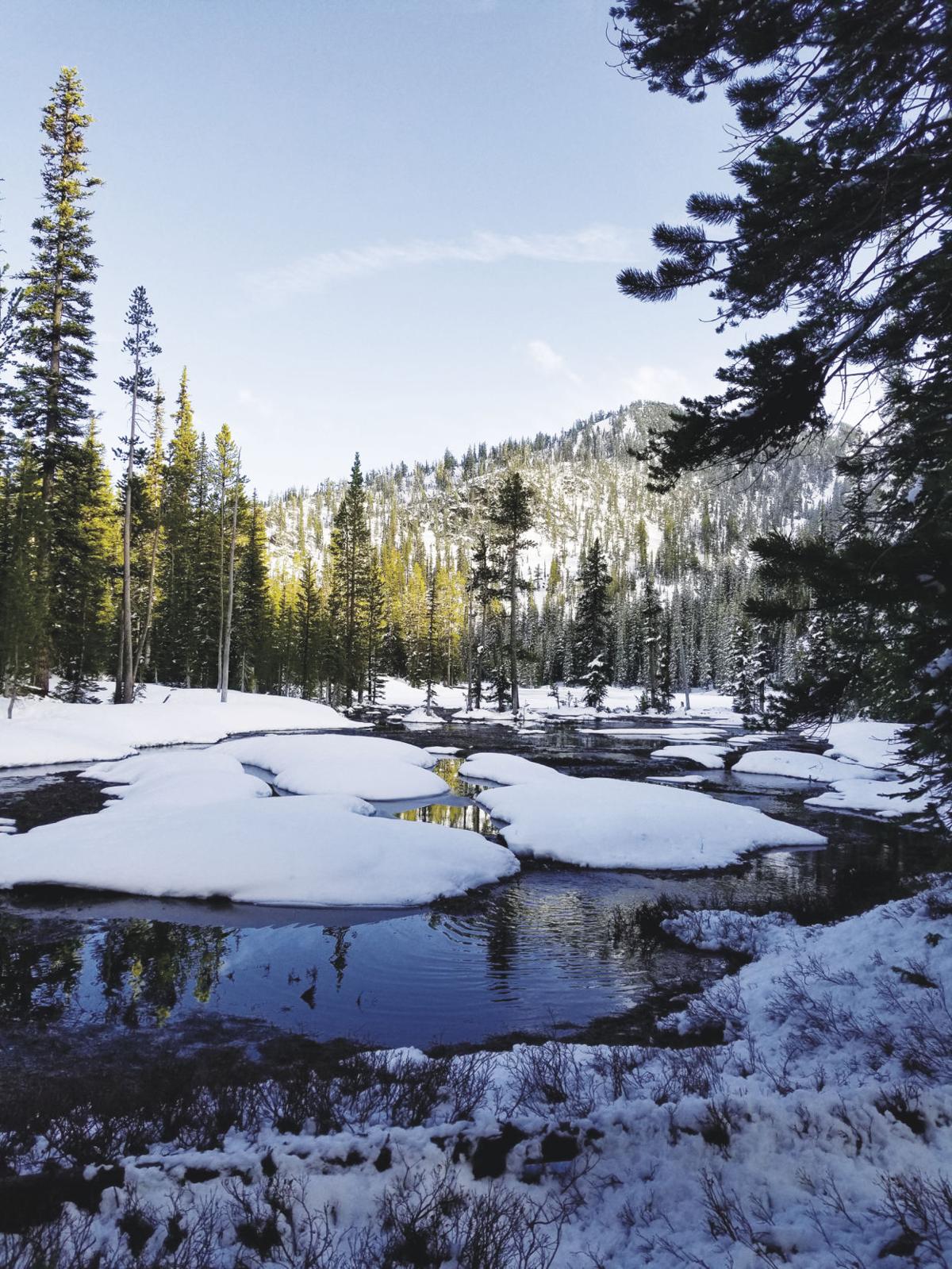 Snow still covers sections of the tributary of Antone Creek that flows from Black Lake.

Black Lake, in the Elkhorn Mountains near Anthony Lake, is still covered by snow and ice.

Snow still covers sections of the tributary of Antone Creek that flows from Black Lake.

We celebrated the second week of June in the customary way, by going on a snowshoe hike to an alpine lake that’s still frozen.

Except for the very edge, which was the consistency of the stuff that swirls around in machines in convenience stores and comes in flavors such as “tastebud-destroying blueberry.”

This is not the customary way to acknowledge the imminence of summer in, say, Kansas.

But we who are fortunate to live so near to great mountain ranges such as the Elkhorns, where the passage of the seasons often bears little resemblance to any calendar, can avail ourselves of different, and more damp, traditions.

My daughter, Olivia, and my son Max, considered that the highlight of the trip.

It made my head hurt just to watch them bounce down a slope below Black Lake.

My wife, Lisa, said they looked rather like otters, carving their smooth chutes through the slippery slush.

It was an apt comparison, except that our children don’t have glossy pelts.

We went up to Anthony Lakes on Monday evening, June 8. This plan, when announced, prompted an immediate, and energetic, protest from Olivia, who insisted that Monday is “not a hiking day.”

Her complaint was not without foundation.

Almost all of our hiking excursions this spring have been confined to weekends, owing to work and school schedules.

But I was intrigued to see how much snow had fallen the previous day during the latest of our unseasonably cool spring storms.

A considerable amount, or so it appeared from the vantage point of the valley.

By Monday morning the clouds had dissipated, affording a fine view of the Elkhorns, newly whitened a fair distance down from the crest.

But another station, at Aneroid Lake in the Wallowas, makes for a decent surrogate — the elevations are similar — and it recorded a foot of new snow.

I don’t think the storm was quite so generous in the Elkhorns.

But when I started walking across the parking lot for the Elkhorn Crest National Recreation Trail my boots plunged through about 6 inches of slush before striking the solid layer of the “old” snow with a jolt.

These remnants of winter blizzards were widespread and, in places, 3 or 4 feet deep.

This is not unusual for early June above 7,000 feet, to be sure.

But even at the lofty altitudes of the Elkhorns, significant snowfall within a couple weeks of the summer solstice is rare.

It was a pleasant hike, but also a peculiar one.

I hadn’t donned snowshoes for several weeks, for one thing, and so it felt strange to once again be fumbling with the rubber straps, on a day so distant from Christmas.

We didn’t start hiking until just after 6 o’clock, a time when we’re usually sitting down for dinner, and it was a curious sensation to just be starting out into the woods when the sun is low in the western sky.

But queer sensations aside, it was a glorious evening to be in the high mountains.

The air had the crystalline quality unique to the alpine environment, the granitic bulk of Gunsight Butte and Lees Peak and the Lakes Lookout standing so sharply against the denim blue background that they seemed almost two-dimensional, like the scrolling mountains in a Road Runner cartoon.

It was chilly — the dashboard thermometer showed 37 when we parked.

But the wind was gentle and the slanting sunlight held a bit of warmth and there was something jolly about seeing our breath condense into fog, as though we were getting in some exercise before Thanksgiving dinner, or searching for a Christmas tree.

The lodgepole pines and subalpine firs had shed most of their snow burden from the previous day’s storm but their branches still dripped constantly, and the westering sun transformed thickets into a glittering light show, like waterfalls illuminated from within.

Snowmelt freshets gurgled beneath the drifts in places that come August will be dusty.

The pocket meadows were inundated and even the granitic boulders beside the trail sweated and dripped and in places were festooned with icicles.

I was reminded, as I frequently am, of how the mountains are such monumental sponges, the inverted reservoirs without which our valleys, already quite arid in some cases, would be ever closer to true desert.

There is ever a strangeness when seasons don’t so much overlap as collide. I have long since adjusted to the imminence of summer, have banished long pants to their drawers in favor of shorts. My down jacket has taken up its long residence hanging from a post on our lodgepole bed frame.

And yet it occurred to me as we crunched through the snow, some as fresh as salmon from the sea and some having lingered here since November, that this wintry scene is more common here than any other.

Snow defines the Elkhorns as much as gray-white stone and the dark green of the subalpine fir and the softer shade of the whitebark pine. Here summer is the interloper, the brief guest who never truly settles in. Here the sizzling July afternoon feels ephemeral and you can sense, even as the sweat beads on your forehead, that the frost-spangled grouse huckleberries is not far in the future, that the descending clouds of the first autumn storm are as likely to bring snow as rain.

We turned around at the northern shore of Black Lake. The tarn occupies a glacial gouge at the eastern base of Gunsight and here, behind one of the mountain’s craggy shoulders, the sun had already gone.

The temperature had dropped and a crust was beginning to form on the snow, clattering with each step of our plastic MSR snowshoes.

The sky was mainly clear.

And with the moon only a few days into its waning, its cold light would have brightened the forest considerably.

But we hustled back the mile or so to the parking lot to beat the dusk, which felt more like a winter’s twilight with each passing minute, the dark arriving with the suddenness that happens only in the forest.

I turned on the headlights and we chased their twin beams through the gloaming back down the mountains, back toward the valley and back toward summer.