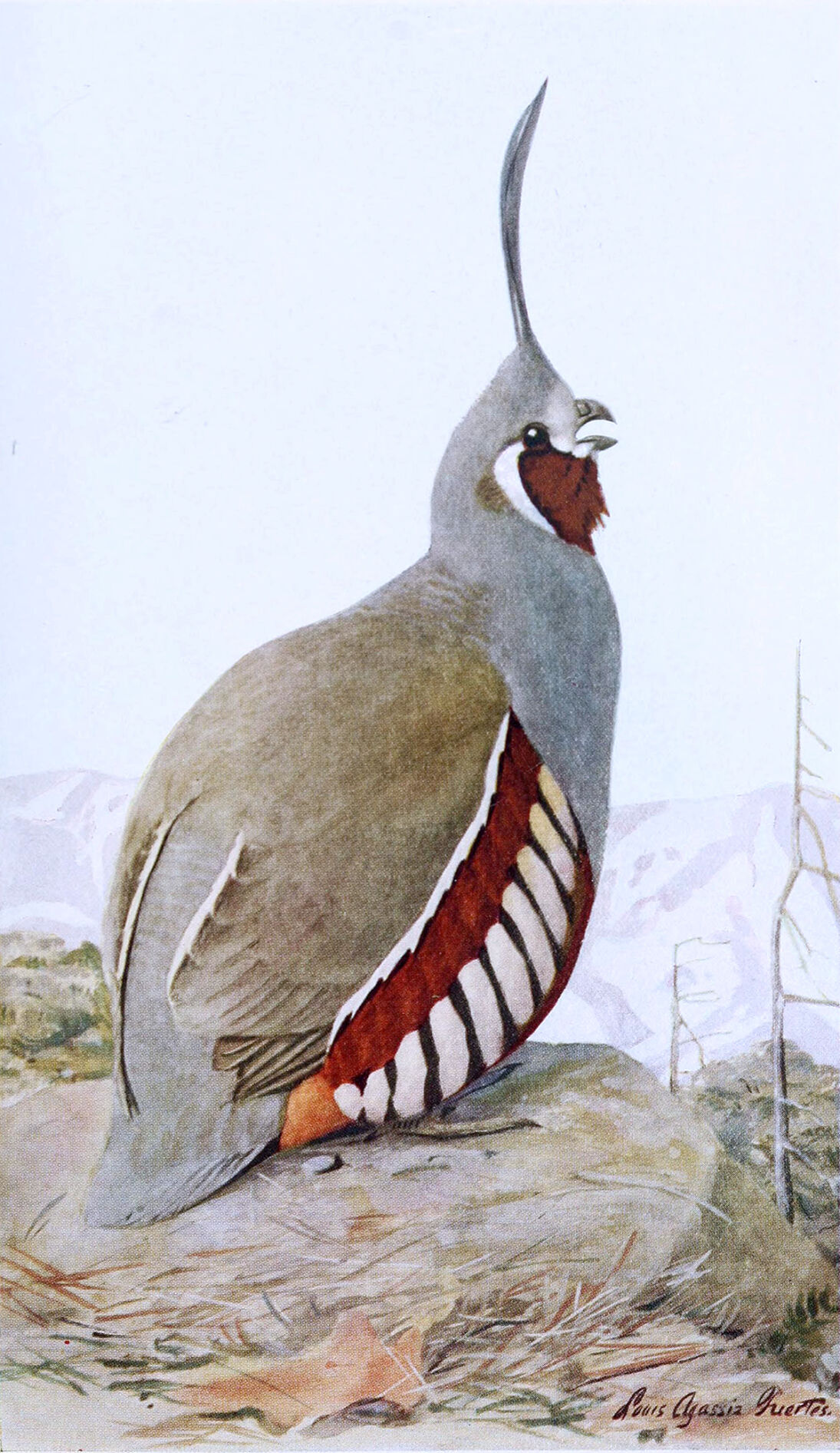 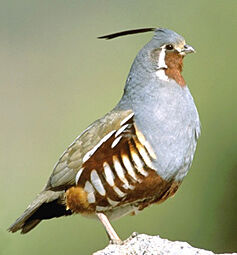 Collapsing my tenkara rod, I reflected on the brilliant California golden trout I had just released back into the trickle of a mountain stream dropping from a series of high lakes in the Ansel Adams Wilderness. The September sun shone golden and warm against my back as dappled light streamed through the forest canopy. That fish put a bow on one of the most memorable weeks of my fly-fishing career, traipsing through the scenic Sierra Nevada Range in search of a trout I had dreamed about for decades.

Descending from 10,000 feet, the trail meandered through various cover types, including old-growth pine and small pockets of yellowing aspen. Approaching a unique knob around 8,500 feet was a minute stand of sagebrush, appearing entirely out of place and displaced from the lowland scrub and chapparal. The faint scuffling and whistling of a quail covey piqued my interest.

Climbing the knob, the covey scurried across the trail ahead and levitated above the sage, sailing elegantly into the safety of a nearby snarl. Mountain quail. That first encounter left me mesmerized and wishing to exchange my fly rod for a setter and double gun, and added another hunt to my bucket list.

Researching mountain quail habitat and their distribution across the West, I was pleasantly surprised to learn of Oregon’s populations and conservation efforts.

Mountain quail are a North America native, distributed throughout the Oregon Cascades and California’s Sierra Nevada, with a sprinkling in Nevada, Mexico and Washington. Southeast Washington, Eastern Oregon and Western Idaho historically were home to mountain quail, but over time their habitat and populations dwindled. In Oregon, mountain quail were once found in every county. Since about 1950, land use practices and fire suppression have contributed to their decline.

Mountain quail are the largest native quail in North America. They are uniquely monomorphic, meaning both sexes are virtually identical in size and appearance, each boasting their most peculiar feature, a black, needle-like “top knot” growing over an inch long from the top of the head.

Preferred habitat consists of dense brush, such as manzanita thickets, chapparal and scrub, in wooded foothills and mountains. Features like burns and clear-cuts are important for providing the appropriate balance of cover and food sources, and water within about 1 mile. Riparian habitats with an adjacent brushy, upland slope are favorable.

The mountain quail diet consists mainly of vegetation during spring and summer, seeds and berries during fall and winter. Insects are important for spring and summer brood rearing. Mountain quail also exhibit a robust reproductive strategy. Females lay seven to 15 eggs in two separate nests within about 600 feet of each other. Both adults incubate clutches independently, males typically having greater hatch success.

The OSU study results informed a 16-year follow-on translocation study to reintroduce mountain quail to historic Eastern Oregon habitats. The Oregon Department of Fish and Wildlife (ODFW) teamed up with OSU and the U.S. Forest Service beginning in 2001, translocating and radio-tracking birds in the Freemont, Deschutes and Malheur national forests and the Steens Mountain Wilderness.

A total of 2,574 birds were translocated across years. Forty-five percent (1,156) were radio-tracked to obtain habitat selection, survival and nesting success information. Overall, nesting and brooding was successful across sites and years. Survival ranged from approximately 16% to nearly 60%, depending upon year and release site. Survival rates and trends observed were similar to those of the Cascades population from which birds were translocated.

Concluding the study in 2017, it appears the translocation efforts were at least marginally successful. Mountain quail appear to be maintaining small populations where translocated and are considered an “occasional” species in Wallowa and Union counties, while the lower Cascades population remains strong. Detailed annual reports of the translocation study are available from ODFW online.

Mountain quail are a peculiar and secretive species, and a treasure to the state of Oregon. There is something magical about their presence on the landscape. The memory of flushing a covey over manzanita or juniper scrub will remain etched in your cache of extraordinary upland experiences.

Whether pursuing with dog and scatter gun or hiking stick and camera, the marvel of this distinctive native quail and their habitat that we are blessed to have on our public lands is reason enough to seek adventure in the high desert.