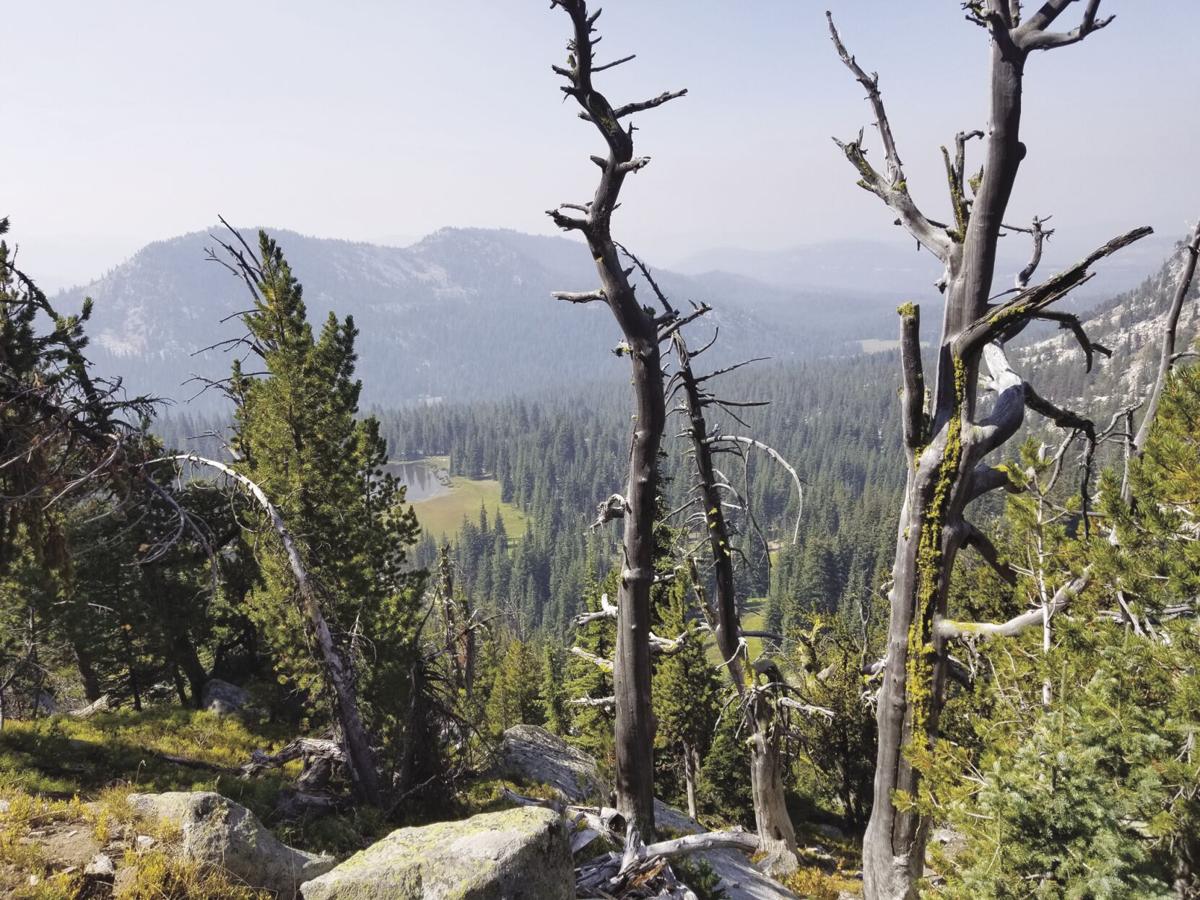 The view southwest from Angell Pass, along the Elkhorn Crest Trail, takes in an unnamed lake, just left of center, and a sliver of the Crawfish Basin in the distance. 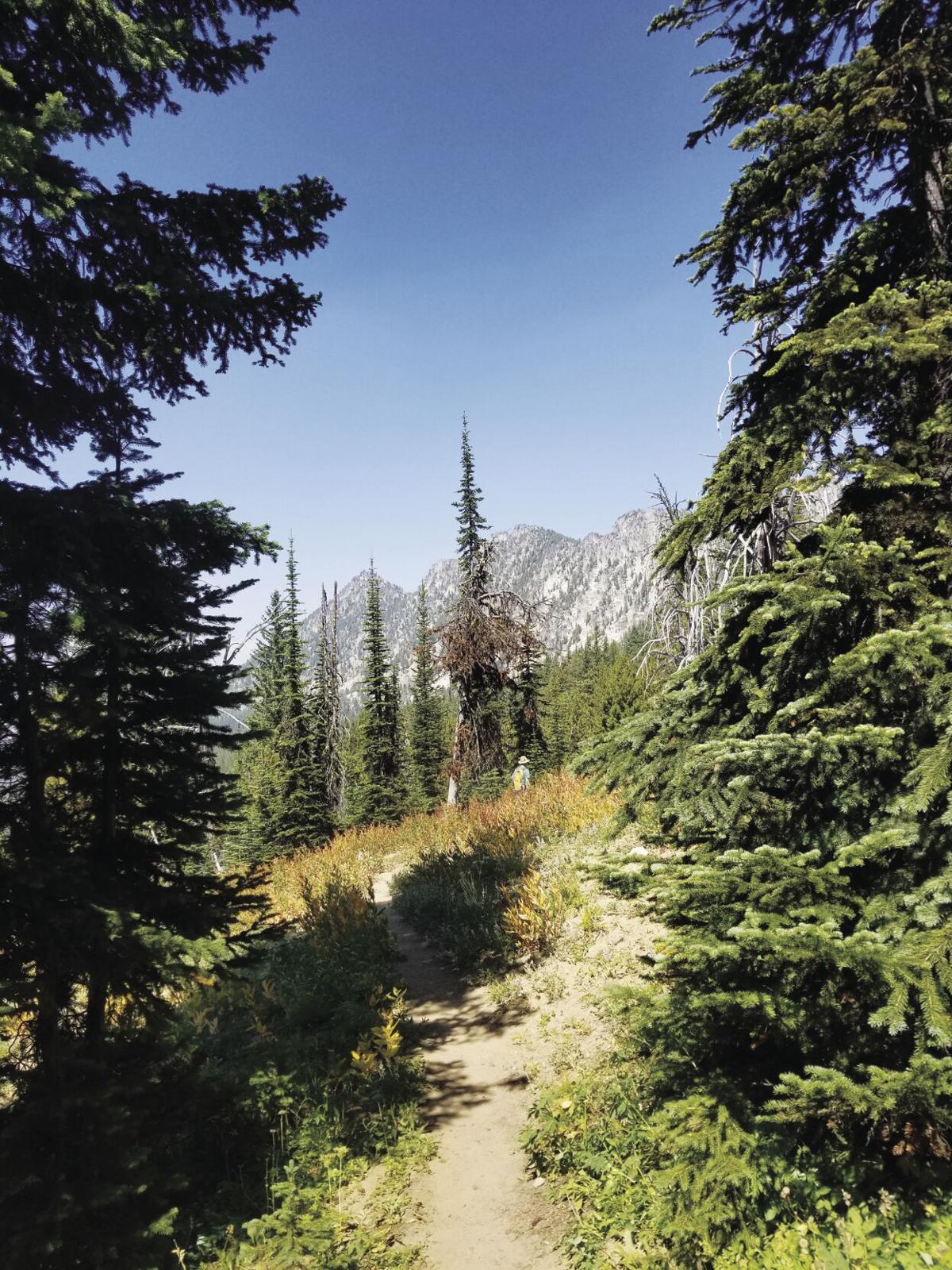 Looking northwest along the Crawfish Basin trail at the craggy granitic peaks, including the Lakes Lookout, that loom above Anthony Lakes. 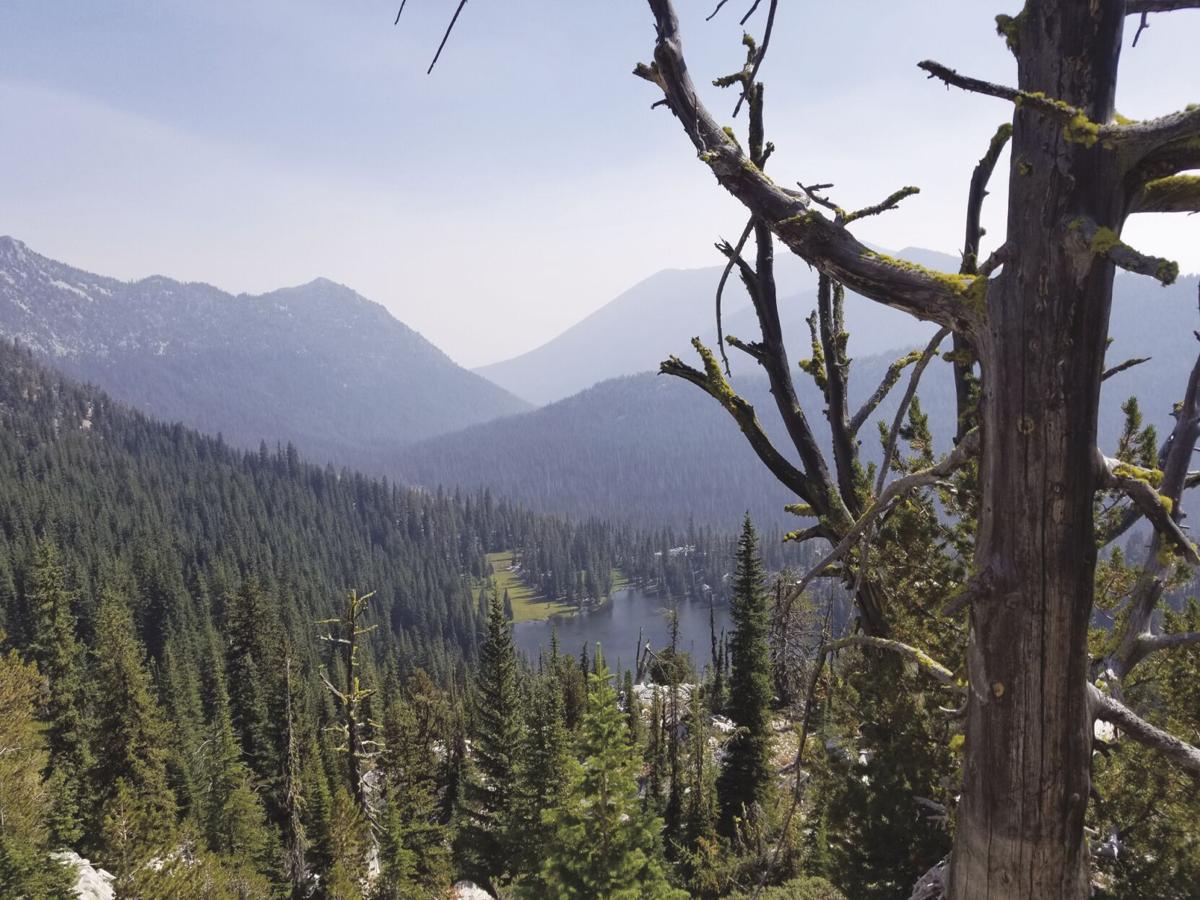 Looking down on Dutch Flat Lake from the Elkhorn Crest Trail.

The view southwest from Angell Pass, along the Elkhorn Crest Trail, takes in an unnamed lake, just left of center, and a sliver of the Crawfish Basin in the distance.

Looking down on Dutch Flat Lake from the Elkhorn Crest Trail.

I hate to backtrack when I’m hiking.

I find it monotonous to retrace my own steps, and I am convinced that the longest mile is the last mile of trail on an out-and-back trip.

I have happily added a few miles to a hike just so I could complete a loop and avoid tramping the same stretch of trail twice in the same day.

But my obsession, powerful though it is, has limits.

On the Saturday of Labor Day weekend I resisted the temptation to continue on a loop in the Elkhorn Mountains near Anthony Lakes.

But it was a psychological tussle.

This circular route happens to be one of my favorites, and it’s one I’ve hiked several times.

On this occasion, though, my wife, Lisa and I, accompanied by our son, Max, had started hiking at the Crawfish Basin trailhead, on the ridgeline near where the Anthony Lakes chairlift tops out.

To complete the loop in the counterclockwise direction we were hiking would have meant most of the last mile and a half would have been an uphill slog on the rugged road that winds up the slopes where skiers and snowboarders will be carving turns in a few months.

This prospect ultimately was more daunting than simply going back the way we had come.

I consoled myself with the reality that the out-and-back hike is not without compensation.

Most notably, I appreciate the fresh perspective that such a route affords — basically you get to see the scenery that was behind your back on the first leg.

This is especially enticing when the scenery is the spectacular sort common to the Elkhorns. The Crawfish Basin trail is a fine example.

The trail, as its name implies, runs within view of Crawfish Basin, one of the bigger alpine meadows in the Elkhorns. The trail does not, however, go to Crawfish Basin. It never gets particularly close, in fact.

The trail instead is hewn out of the steep granitic ridge, half a mile or south of Anthony Lake, that is capped by the spires of the Lakes Lookout, and Lees and Angell peaks. The trail stays several hundred feet above the meadow, although it’s a relatively easy cross-country hike to descend to the flat field, through which its namesake stream meanders.

You can also see Crawfish Lake — the small crustacean is especially well-represented among local landforms — from the trail, lying in its basin a little ways to the west of the meadow.

Although the proximity to Crawfish Meadow makes the trail’s name seem obvious, that is in fact its second moniker.

For about a decade and a half after its construction in the late 1960s and early ’70s, the path was called the Elkhorn Crest Trail. The trail reached the actual crest at Dutch Flat Saddle — as it does today — then continued south along the spine of the Elkhorns for about a dozen miles to Pole Creek Ridge above Sumpter.

After Congress designated the Crest Trail as a national recreation trail in 1980, the Wallowa-Whitman extended the route for 7 more miles to what remains its southern terminus, at Marble Creek Pass.

The roughly 2-mile section from the Crawfish Basin trailhead to Dutch Flat Saddle remained part of the Crest Trail until 1984, when workers hacked and blasted 3.3 miles of new trail. That newest section of the Crest Trail runs north from Dutch Flat Saddle over Angell Pass, down into the basin of Antone Creek and passing just east of Black Lake before ending at the trailhead off the Elkhorn Drive Scenic Byway, half a mile or so east of Anthony Lake.

The classic 7-mile loop south of Anthony Lakes includes the Crawfish Basin and Elkhorn Crest trails. To connect the two you can either hike the ski area access road starting at the south end of the lodge parking lot, or, for a slightly longer but more scenic option, take the trail that leads to Hoffer Lakes and then connects to the access road about halfway up the ridge.

We hiked the Crawfish Basin trail to Dutch Flat Saddle, pausing for a few minutes to hike a couple hundred feet east on the Dutch Flat trail to have a look at Dutch Flat Lake, almost 1,000 feet below.

We also spied a mountain goat nanny and her two kids grazing in a pocket meadow above the lake.

I cajoled Max into continuing for another half mile or so north on the Crest Trail to Angell Pass, a cleft that the trail builders blasted, telling him that from the pass we could look down on a lake that has no name. Max didn’t seem especially impressed by that prospect, but he led the way willingly.

At the pass, Lisa and I briefly discussed completing the loop. As I mentioned, I was sorely tempted.

But as it turned out, I was happy with our choice. The wind freshened a bit and it felt fine on our cheeks on a day that felt more like early August than early September. We could look at Crawfish Meadow and Crawfish Lake at our leisure, not needing to crane our necks to look behind us.

And I tried to ignore the places where I recognized the pattern of my own boot prints in the dust.