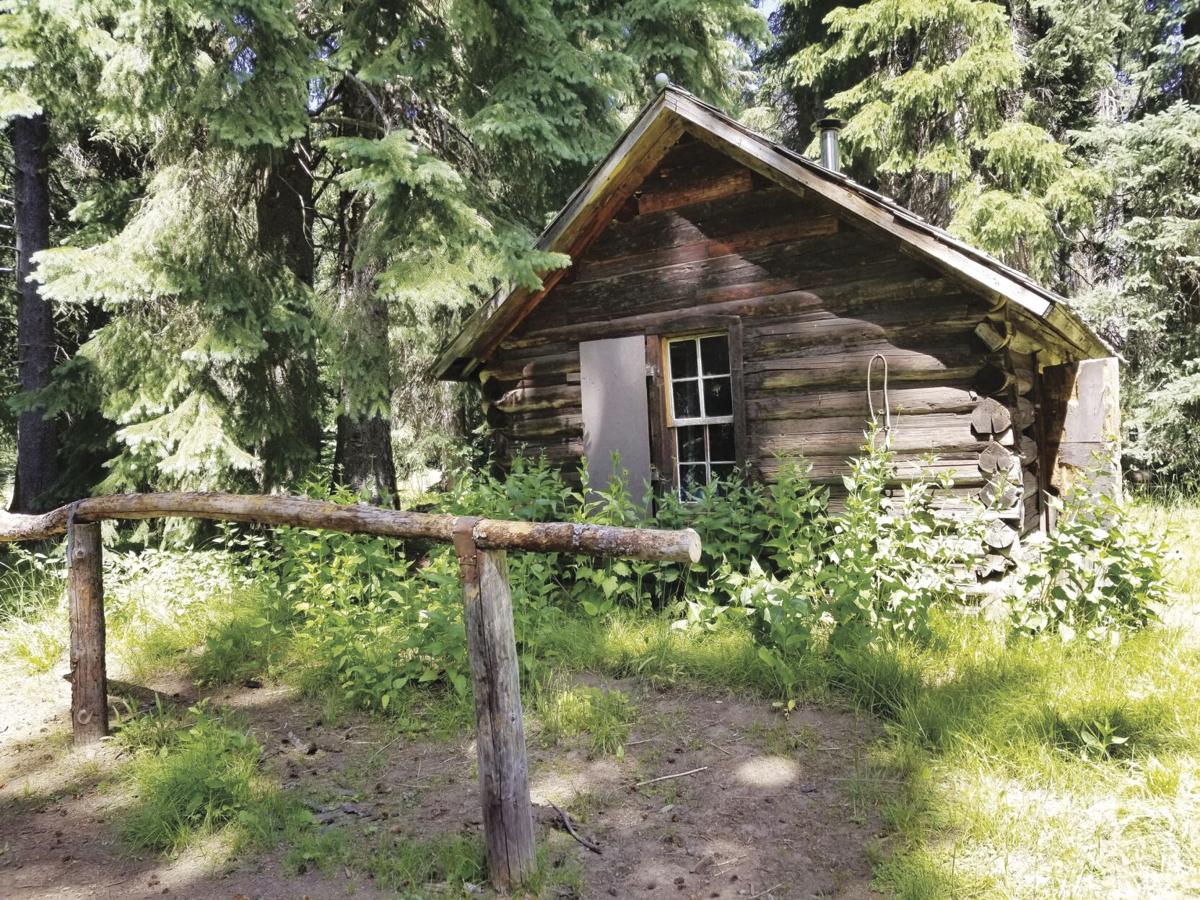 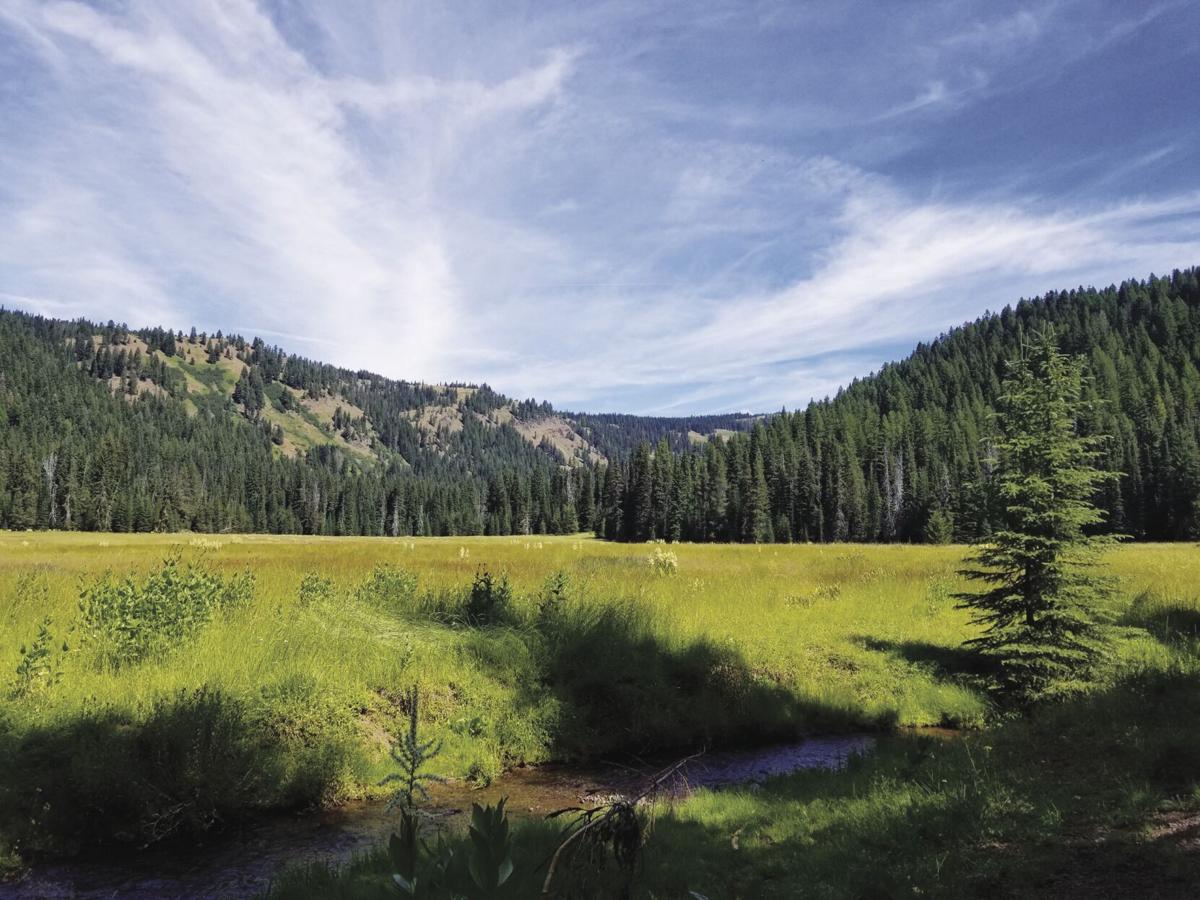 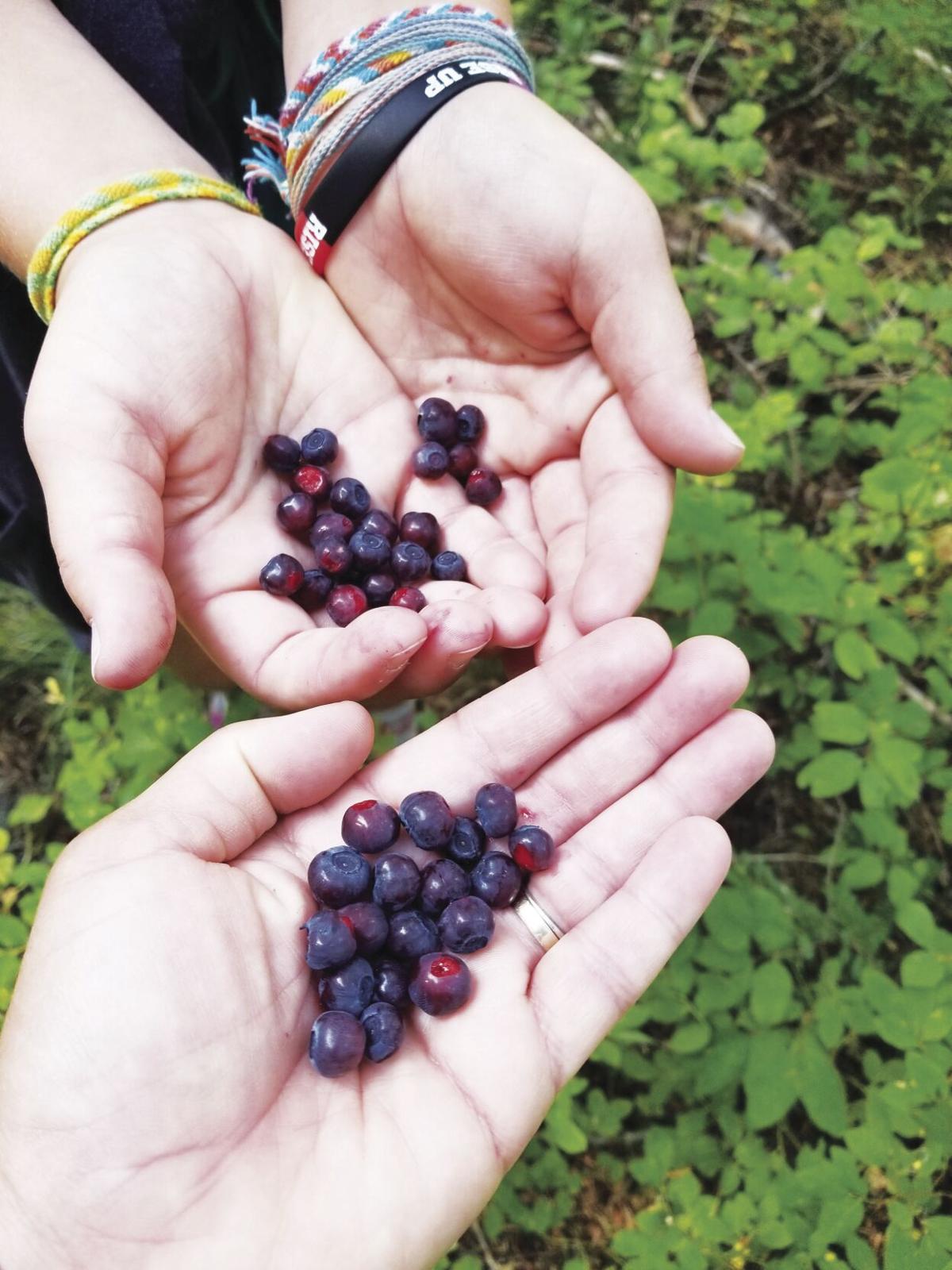 Huckleberries are abundant along the North Catherine Creek trail.

This duo — the former a character in a feature film and subsequent TV series, the latter an actual person and beloved author — are largely responsible for my fascination with log cabins, an interest that dates back decades.

The pairing, I’ll concede, is perhaps a trifle peculiar, even discounting that one is a fictional entity.

But there is, I submit, the matter of facial hair.

Grizzly — as I prefer to call him, as he never struck me as the sort to insist on a courtesy title — was portrayed on both the big and small screens by Dan Haggerty, the actor who boasted perhaps the most imposing beard in cinematic history.

Wilder, meanwhile, refers several times in her series of books about pioneer life to the luxurious beard that her pa, Charles Ingalls, wore. Should you be interested in examining this topic at your leisure, photographs suggest that Laura was not exaggerating.

But the commonality that for me forever links these two is the log cabin.

Even though Wilder actually lived in such a structure, while Grizzly only pretended to while the cameras were rolling.

I became acquainted with both while growing up during the 1970s.

I was an early fan of Wilder’s books chronicling her family’s experiences in the latter third of the 19th century.

Although I don’t recall ever watching the 1974 film that introduced the hirsute character, “The Life and Times of Grizzly Adams,” I was very nearly obsessed with the TV series of the same name that aired in 1977 and 1978.

(As an aside, more than 25 years later I made a slight acquaintance with Charles Sellier Jr., who wrote the novella that inspired the Grizzly Adams franchise and also produced both the film and television series. Sellier — his last name is pronounced “sell-ee-AY” — lived in Baker City for several years in the 1990s and early 2000s, where he and his wife, Julie Magnuson, started Oregon Trail Bullet Co., which manufactured silver-alloy bullets. In addition to producing more than 30 feature films and 230 TV shows, he also wrote a book about UFOs, of which I have a signed copy. Sellier, who later moved to Coeur d’Alene, Idaho, died in 2011 at the age of 67.)

It was a fine and safe place to live but nothing terribly exciting was likely to ever happen there (and, indeed, did not).

I was not apt to step outside some morning and find a grizzly bear galumphing across the front lawn.

And although we had both a fireplace and a woodstove, these in no way approached the rustic ambience of the log cabins I read about in Wilder’s books and watched Grizzly Adams inhabit on TV.

I thought the simple act of kindling a fire in a rock-lined hearth, of feeding twigs to the flickering flames, was immensely appealing — the epitome of a wilderness experience that I knew, even as a child, was one that society had long since passed over for the forced-air furnace and the stud wall of smooth lumber and the pink fluff of insulation with a high R-value.

I have visited several log cabins in the mountains of Oregon’s northeast corner. I even slept one night in the dilapidated cabin, nicknamed the Bigfoot Hilton, along the North Fork John Day River.

(I shudder at the memory of this, which happened before I had investigated the horrors of hantavirus.)

But one structure I had always wanted to see, but kept managing not to, is the one that stands in Catherine Creek Meadow in the Eagle Cap Wilderness east of Union.

My wife, Lisa, and I decided to rectify this last weekend.

We hauled our pop up trailer to the North Fork Catherine Creek campground, which is only an hour’s drive from Baker City, and closer still to La Grande.

The North Fork Catherine Creek trail starts at the end of the well-maintained gravel road, about 4.2 miles from Highway 203. If you’re not camping you can park in a large lot a couple hundred yards before the end of the road.

The trail, as its name suggests, follows the North Fork of Catherine Creek. It is a most fetching stream. Our camp was near the creek and its water was both crystalline and frigid. I waded for a few minutes and my feet still felt more like it was January than August after half an hour of basking in the sunshine.

My son, Max, who’s 9, and his 13-year-old sister, Olivia, splashed in the stream without seeming even to notice the chill.

The trail starts on the west side of the creek, and after a mile and a half or so it crosses the stream on a sturdy and wide wooden bridge. A little farther along the trail enters the Eagle Cap Wilderness.

As with most paths in the Eagle Cap, this one is well-designed, with mainly gentle grades. It was also in good shape, with no down logs to navigate around.

But we were slowed considerably by something much more insidious than a wind-felled spruce.

For more than two miles beyond the bridge, the trail cleaves patches of huckleberry bushes so profuse that in places the path reminded me of the bare ground that forms a tunnel between rows of corn.

And on the day of our hike, Aug. 8, those bushes bore a heavy load of fruit, much of it at the very peak of ripeness.

Our fingers were in short order stained various shades of purple.

In the last quarter mile or so before it enters Catherine Creek Meadow, the trail climbs a bit more steeply.

But it never devolves to the lung-searing grade typical of trails in the Elkhorns near Baker City or, to cite one notable example in the Eagle Cap Wilderness, the route to Echo Lake on the west side of Hurricane Creek.

Besides being one of the larger meadows in the Wallowa Mountains, reminiscent of the grassy swathes along the North Minam and East Lostine rivers, Catherine Creek Meadow is unique in that almost all of it is private property.

The 160-acre parcel is one of a handful of private islands inside the Eagle Cap Wilderness, Oregon’s largest designated wilderness at 365,000 acres.

The log cabin, though, is on public land just outside the private boundary. To get to it, continue hiking north through the meadow. The tread becomes faint at places in the grass and wildflowers but the way is obvious if you go slowly. The cabin is at the northern end of the meadow, a few hundred yards beyond a rickety wooden bridge that spans a small stream.

The cabin is to my eyes a classic example of its kind. Its logs are well-chinked and it has a couple of small, wood-framed windows. The only slightly jarring item is the shiny steel chimney, although installing it was no doubt an easier job than gathering stones and making a rudimentary mortar from mud.

The single door latches solidly and the interior, quite unlike the vermin-infested Bigfoot Hilton, was free, so far as we could tell in the dim light typical of log cabins, of the telltale black pellets.

There’s a couple of wire-framed bunks, a table and even a cupboard with staples such as peanut butter, vegetable oil and sugar. We didn’t try the lantern but it was attached to what looked like a new propane cylinder and I’m sure it would have lit readily.

The woodstove seemed sound and there was a stack of kindling.

We stayed for only five minutes or so — it was, if nothing else, a welcome refuge from the mosquito swarms outside — but even in that brief span I daydreamed about spending the night.

I imagined how dusk would spread across the meadow, the inevitable cool of a mountain valley descending, and I thought of how it would be to kindle a fire in the stove and feel its warmth grace the cabin.

But we had about 5ﬁ miles yet to hike.

And that gantlet of huckleberries to get past.