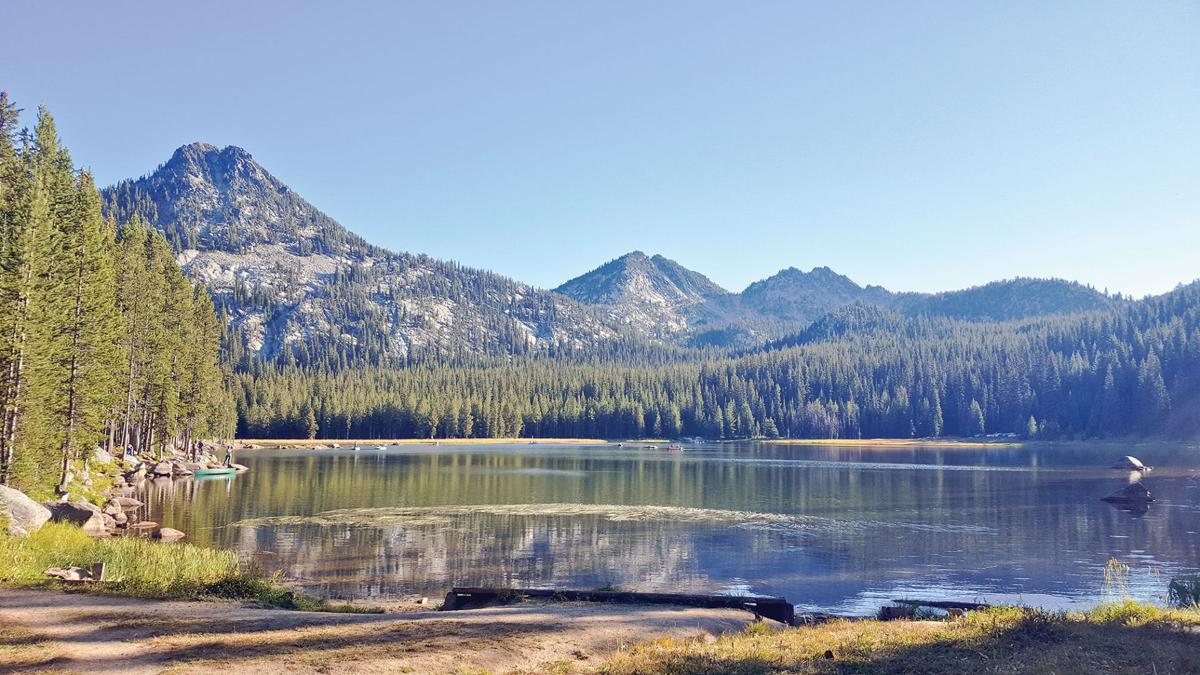 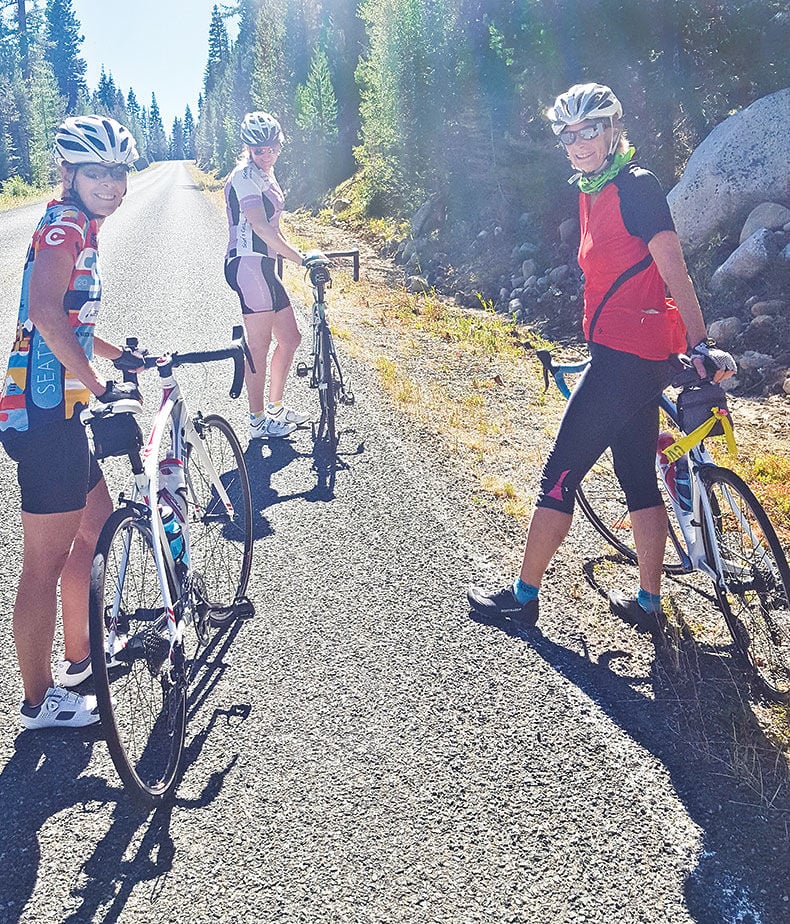 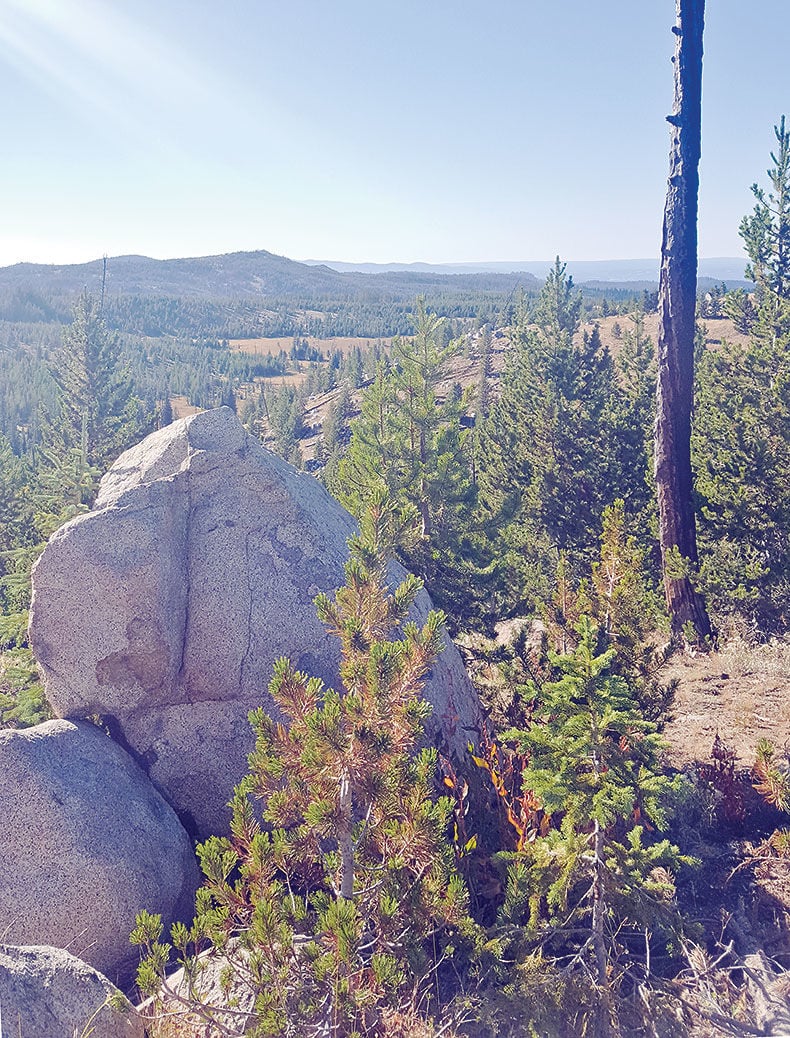 The Herculean Camping Loop is a seven-day, 292-mile road cycling adventure through a wide range of ecosystems and summits. Each day covers between 16 and 58 miles of isolated pavement and concludes at a seasonal campground suitable for tent camping.

There are streams and water sources along the route but to truly tour in comfort carrying a water filter is imperative.

This article details the shortest day, and last significant climbing, of the trip with just a little over 16 miles of fun. The day opens at the North Fork John Day River Campground and terminates at the iconic and ever more popular Anthony Lakes Basin.

Start the day at 5,219 feet at the North Fork John Day River Campground, at the junction of Forest Road 52, the Blue Mountain Scenic Byway, and Forest Road 73, the Elkhorn Drive Scenic Byway.

Ride east on the Elkhorn Drive toward Anthony Lakes and the Elkhorn Mountains. Begin the day’s 2,466 feet of elevation gain gradually, enjoying the bubble of the North Fork John Day River to the south of the seasonally maintained and paved Road 73. The road cuts through a large section of the Wallowa-Whitman National Forest and skirts the north end of the Baldy Creek Unit of the North Fork John Day Wilderness, a relatively small part of this wilderness designated by Congress in 1984. The Baldy Creek Unit covers about 14,300 acres of the 121,352-acre North Fork John Day Wilderness, and it’s the only one of the four units managed by the Wallowa-Whitman.

The Umatilla National Forest manages the three other units — North Fork John Day, Greenhorn and Tower Mountain — that comprise the majority of the wilderness acreage.

Among the aims of the federal Wilderness Act of 1964 were to preserve vast tracts of land without roads crossing them, and to allow the various acts of nature to maintain the land unfettered by human influence.

The North Fork John Day Wilderness at one point was heavily mined. The remnants of ditches dug by the Chinese, along with tailings, roads and mining claims, are in great evidence.

The area is also arid, prone to lighting fires and slow to recover from any overuse. One might question if this heavily mined, small and frequently scorched area of the state is worthy of the wilderness title.

Arguments in favor of the restrictions point out a number of factors beginning with the unique and majestic landscape. The undammed North Fork John Day and several of its tributaries are key to the anadromous fish populations, and the Rocky Mountain elk and mule deer herds are also a strong draw. Hunters have harvested elk from this area that top the scales at 800 pounds with racks that span 5 feet. Scientists eager to study fire, animals and high elevation also lend their support. Altogether, a number of varied groups have over time come to support the 1984 congressional decision.

As the Elkhorn Byway gets progressively steeper, and the igneous origins of the region more in evidence by the large granitic boulders, the views become ever more breathtaking. Relish the vistas over the Baldy Creek Unit of the wilderness to the south, which houses the headwaters of the North Fork John Day River, designated by Congress under the Wild and Scenic Rivers Act in 1988.

Mile 11 hosts the steepest segment of the day with a 9.4% grade and an impressive panorama to the north. If you are lucky, you should be able to spy a portion of the Blue Mountains skirted the first day of the trip prior to climbing to Langdon Lake and the Tollgate area, as well as Mount Adams in the Washington Cascades.

Top out on the climb around mile 15 and the highest elevation of the day at 7,396-foot Elkhorn Summit. Nestled north, on a little bench, is the first, and frequently less full, camping option at the head of the Grande Ronde River in the cute Grande Ronde Lake Campground.

The beauty of the Anthony Lakes Basin has called to lovers of nature and outdoor activities for a very long time. In the 1930s, to combat a national unemployment rate of 25%, President Franklin D. Roosevelt put the Civilian Conservation Corps into play as part of his New Deal. The charge of the CCC was to take the unemployed, undernourished and underskilled men of the United States and build them up both physically and mentally while protecting and improving the state and national lands. Over a span of nine years, 3 million young men joined the organization and built numerous dams, lodges, trails, campgrounds and eventually bases for the World War II effort.

Fitting the description of rural, beautiful, public land and a location that could be developed for recreation, the CCC came to Union and Baker counties. Among many other projects, they developed the road to Anthony as well as building Tumble Off Meadows Lodge, various cabins, chimneys, trails and structures around the Anthony Lakes Basin. There were plans to construct a grand lodge similar to Timberline on Mount Hood, but by the time the plans were ready to be executed, World War II had begun and many of the CCC laborers joined the military effort. The Tumble Off Meadows Lodge collapsed in 1950 and by 1957 most of the other remaining buildings were removed.

Currently the enduring CCC edifices are the guard station on the north shore of Anthony Lake — it’s available for rent during the summer and early fall, and used as the Nordic Center for the ski area in winter — and a handful of stone chimneys at campsites.

From the resort and Anthony Lake, multiple white granite peaks fill the horizon with stark beauty. Enjoy the short day of cycling and go for a stroll around this gem of an area.