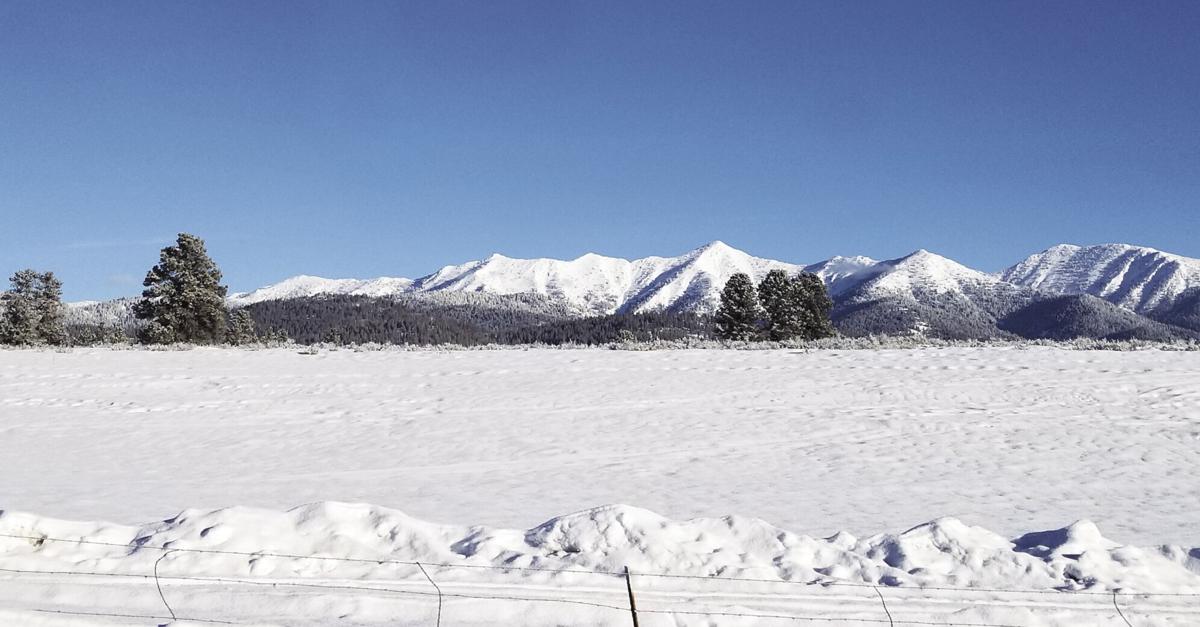 The Elkhorn Mountains from Sumpter Valley, about 25 miles southwest of Baker City. 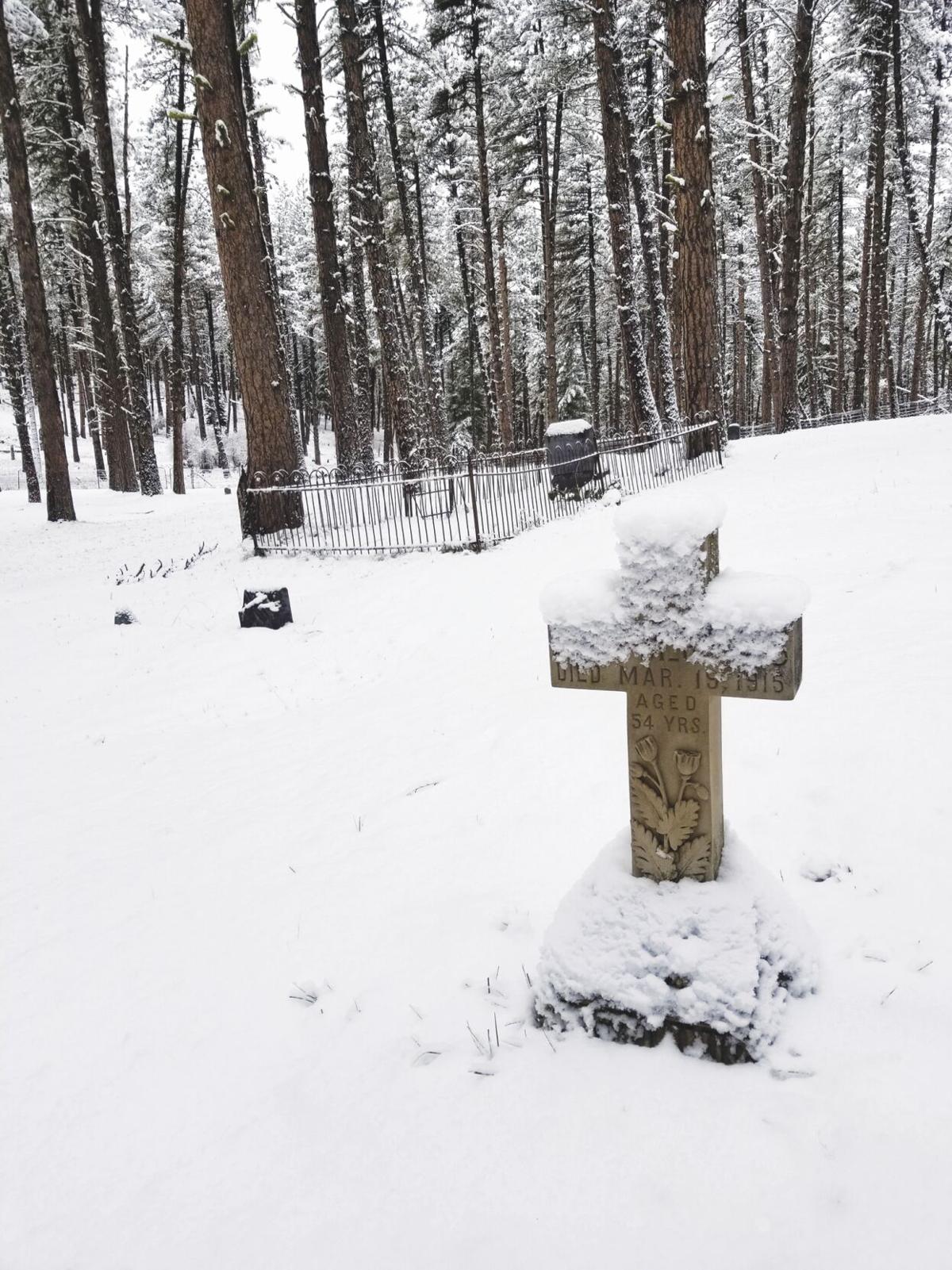 The historic Galena Cemetery is in Grant County, near the old gold-mining town of the same name. The immaculately maintained cemetery is on a knoll in a forest of second-growth ponderosa pines. 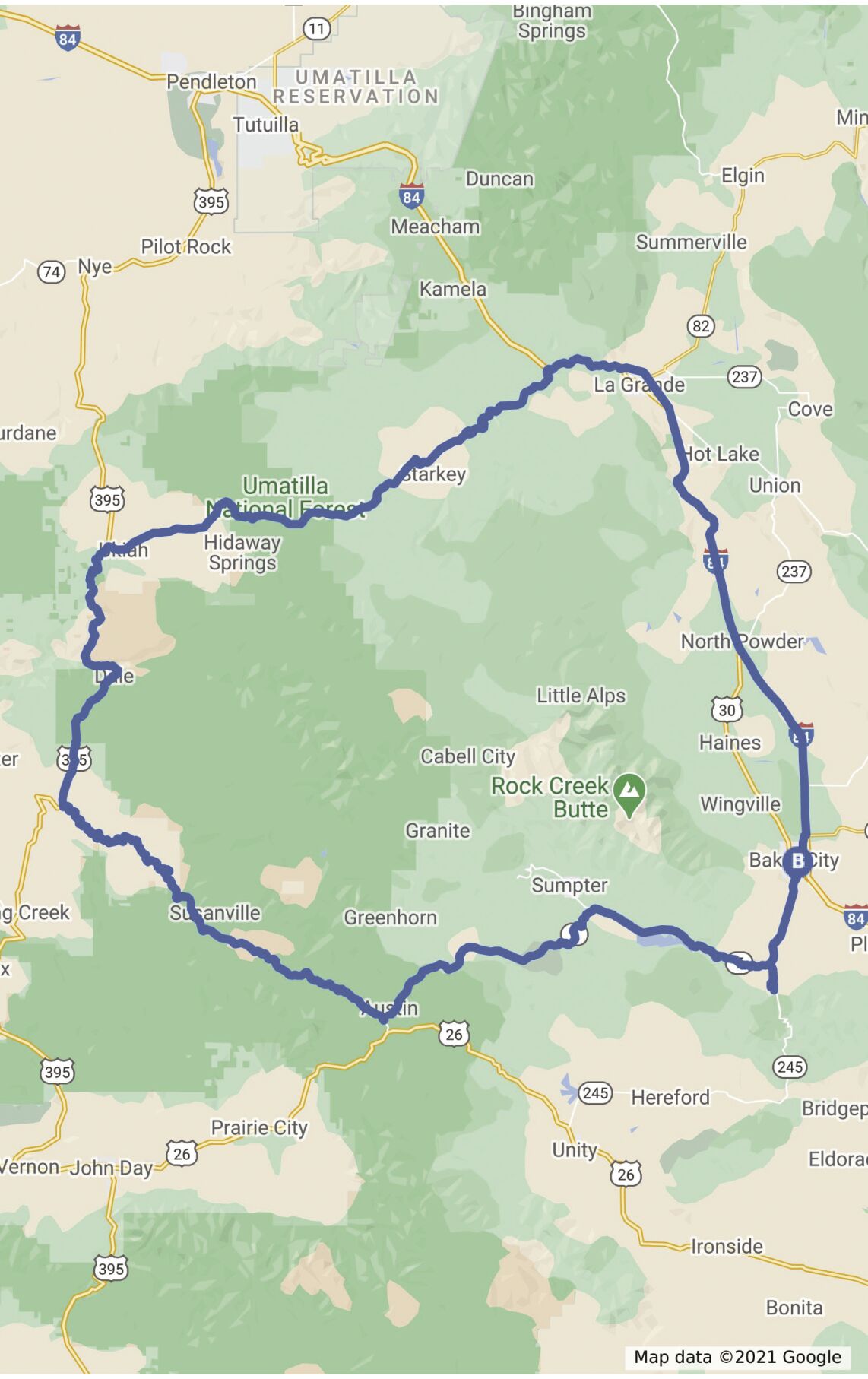 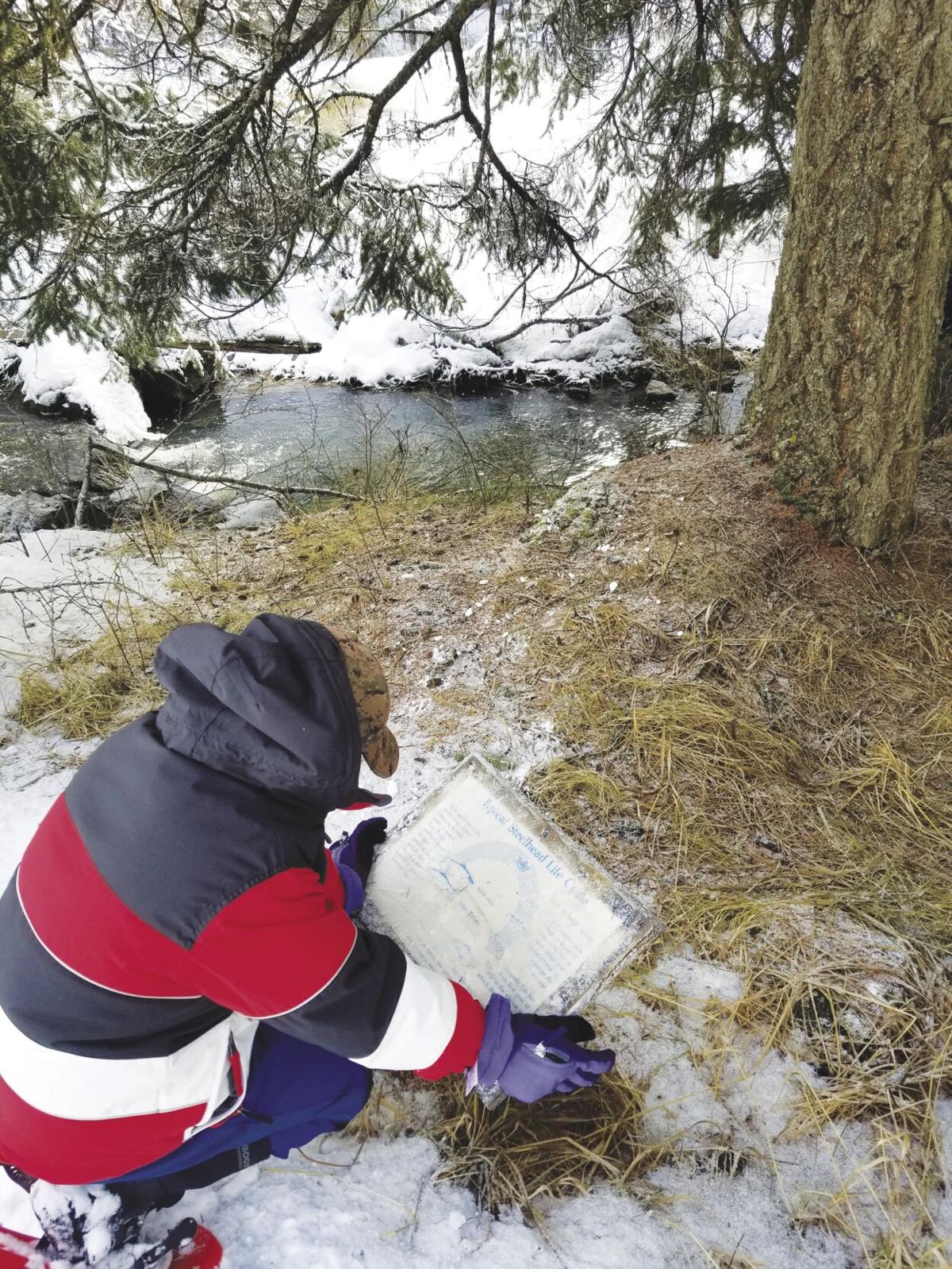 Interpretive signs at Bear Wallow campground explain how steelhead spawn in the creek of the same name along Highway 244.

The Elkhorn Mountains from Sumpter Valley, about 25 miles southwest of Baker City.

The malady afflicts me every January, as certain as the handful of fir needles the vacuum cleaner fails to inhale after the Christmas tree has been dragged to its ignominious end.

A fine word, that.

“Lust” expresses the powerful nature of my desire to leave the house, which felt so cozy and welcoming during the holidays but now seems more like a comfortable yet confining prison, as stale as the mounds of icy, dirt-streaked snow that line the driveway.

The lure to explore the outdoors, a place which even in its most familiar guise still retains an endless capacity to surprise and delight, is closer to a compulsion than a gentle tug.

Usually I satisfy this craving on foot.

But occasionally I have an urge to see considerably more country than I can at the modest pace of my own locomotion.

And once this idea lodges in my mind its stubbornness is formidable, as difficult to prise off as beggar’s lice that latches to a bootlace.

I satiated my appetite for adventure on Saturday, Jan. 9, with a road trip that includes an eclectic mixture of the Blue Mountains’ diverse scenery, along with a dollop of history and even a bit of poignancy.

The 215-mile loop, all on paved roads, is perfectly suited for a one-day trip, even accounting for the likelihood of snow and ice through the half-dozen passes, and the abbreviated daylight of midwinter.

Starting from our home in Baker City, my family and I drove the route clockwise, in part because we planned to get dinner in La Grande and because I preferred that the only extended freeway stint would also be the final leg.

If you embark from La Grande the opposite direction might be more attractive, taking you up the Grande Ronde River initially rather than along 43 miles of I-84 to Baker City.

We started by following a different river — the Powder — via Highway 7, which traces the Powder’s course upstream to near its source in Sumpter.

The night before we left, the skies cleared after a stormy stretch. As we passed Phillips Reservoir and had our first unobscured view of the west side of the Elkhorns I told my wife, Lisa, that I didn’t recall ever seeing this range — our backyard mountains, literally — look quite so pristinely white. The coating of new snow was so thorough that trees high on the ridges had lost the green tint that even heavily snow-laden conifers usually have. The mountains might have been dipped in marshmallow cream.

Our kids, Max and Olivia, seemed more concerned that the old man keep his eyes on the road, a frequent admonition from the back seat.

We navigated the two passes along Highway 7 — Larch and Tipton summits — then turned right at Bates, the erstwhile sawmill town, onto the two-lane county road that follows the Middle Fork of the John Day River west for 40 miles to Highway 395.

The Middle Fork Road is among my favorite drives.

It’s especially beguiling in winter. Oftentimes, as was the case on Jan. 9, the route begins in undistilled winter, with snow a couple of feet deep (including a few fresh, unplowed, inches on the road from the previous day’s storm).Yet as the river makes its gradual descent, as all rivers must, the snow depth diminishes and eventually disappears but for scanty patches in the most protected glades.

As the elevation dips from 4,200 feet at Bates to 2,900 at Highway 395, the terrain steadily sheds its typical Blue Mountains mixture of pine, fir and tamarack, replaced by grass, sage and an occasional clump of western junipers.

Over the final 10 miles or so, only along the river itself, and on the north-facing slopes of its ever-deepening canyon, do the ponderosas hang on.

About 20 miles west of Bates the road goes through Galena, a legacy of the 19th century gold mining boom. Many of the mines were a couple miles to the north along Elk Creek and clustered near Susanville, a town far more ghostly than Galena.

A road leads about a quarter mile north from Galena to the town’s historic cemetery. We walked through it back in September during a camping trip and I was intrigued to see it with snow softening the scene. It is perhaps the most tranquil burying ground I’ve visited. The cemetery lies on a knoll among second-growth pines, the ground immaculately maintained and the only sound, while we were there, the whisper of the winter wind. It is a fine place for contemplation, to read the inscriptions and to ponder lives both long and short.

Where the Middle Fork Road meets Highway 395, turn right and immediately start climbing back into the mountains.

The highway, after crossing Meadowbrook Summit, commences a winding course along two streams. For several miles the road parallels the North Fork of the John Day River. Then, when the North Fork veers west into its lower canyon, where it will many miles later join the Middle Fork, the highway follows Camas Creek.

Highway 244, known variously as the Ukiah-Hilgard or Starkey Highway, is a delightful drive in any season. Traffic is light and the scenery varied, as the highway bisects both forest and mountain meadow, with Camas Creek usually close by.

We stopped to snowshoe around the Bear Wallow campground, about 10 1/2 miles east of Ukiah. The campground is closed, of course, but the half-mile nature trail along its namesake creek was easy to follow, and Max in particular enjoyed scraping snow off the many signs that described the importance of the stream as spawning habitat for steelhead.

Highway 244 tops out at Blue Mountain Summit, the divide between the North Fork John Day and Grande Ronde river drainages, then descends to the Grande Ronde near Starkey.

Interstate 84 is about 11 miles farther.