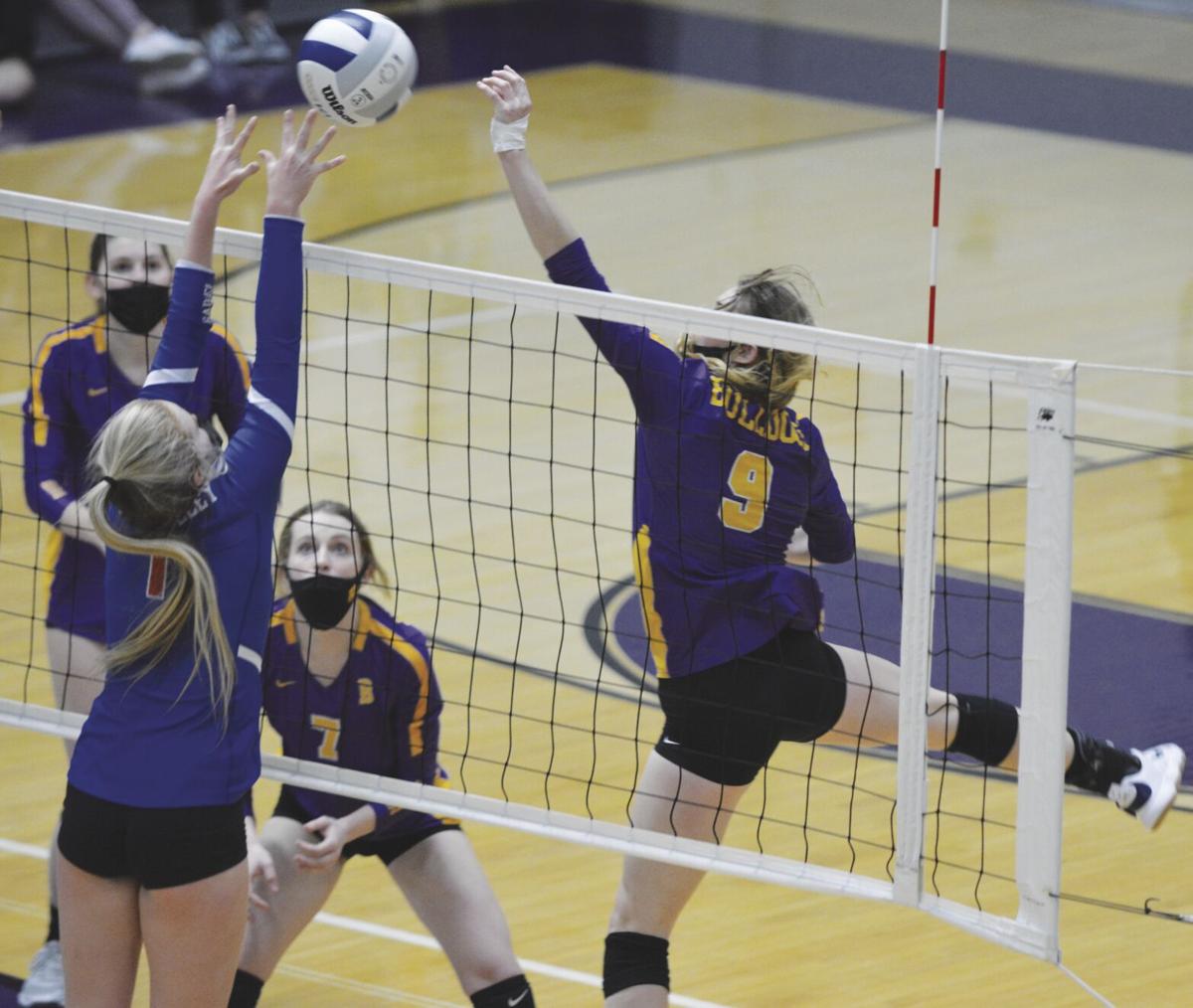 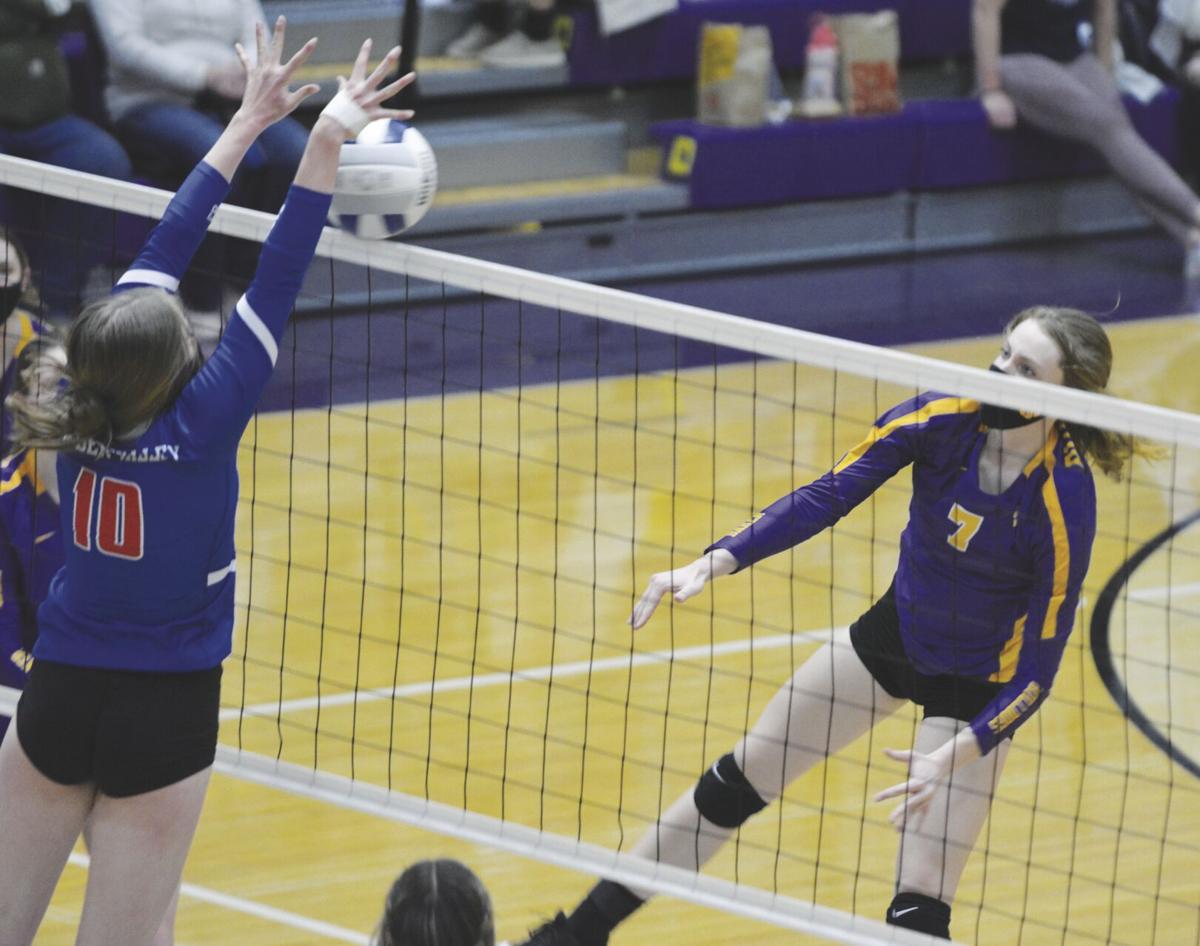 Baker senior Hailey Zikmund, right, tries to get a spike past the block of Powder Valley senior Belle Blair during a nonleague match Wednesday, March 31, at Baker High.

Baker senior Hailey Zikmund, right, tries to get a spike past the block of Powder Valley senior Belle Blair during a nonleague match Wednesday, March 31, at Baker High.

Less than 24 hours removed from taking the La Grande Tigers to five sets, the Baker volleyball team fell to Class 1A powerhouse Powder Valley in three sets on Wednesday, March 31, at the Baker gym.

“Tonight our performance was much better than it was at Powder,” Baker coach Ali Abrego said. “I definitely think the La Grande game tired us out a little bit. I’m definitely proud of them pushing through being tired.”

Powder Valley finished second at the Class 1A state tournament in 2018 and 2019, losing both championship matches to St. Paul. The Badgers avenged that loss by beating the Buckaroos in three sets on March 12 at St. Paul.

Powder Valley has lost just three sets since, and the Badgers took a commanding lead early in the first set Wednesday against Baker.

The Bulldogs rallied, though, forging a 19-19 tie.

But Baker couldn’t maintain the momentum, and the Badgers won the set, 25-21.

Abrego said the Bulldogs struggled with mistakes in the second set.

“Communication errors, transition errors, serving errors, so I just hounded that at them,” she said. “The fact that we beat ourselves with too many errors that’s just a tough pill to swallow sometimes.”

Abrego was pleased with the Bulldogs’ improved play.

“In the first and third sets when things got tough, if they got a big swing, we were able to adjust quicker than we did the first time around and with a young team what you want to focus on is learning how to play in those situations,” Abrego said.

Baker played its final home match Friday, April 2, against Vale, then traveled to Nyssa on Saturday.

Baker concludes its season on Monday, April 5, at Burns.

Abrego said she will emphasize the positive parts of the loss to Powder Valley in preparing for the season’s final stretch.

“It’s hard to lose but we can’t have peaks or valleys, we have to have hills,” Abrego said on Wednesday. “Really focusing on the good things we did tonight, and carrying those over.”