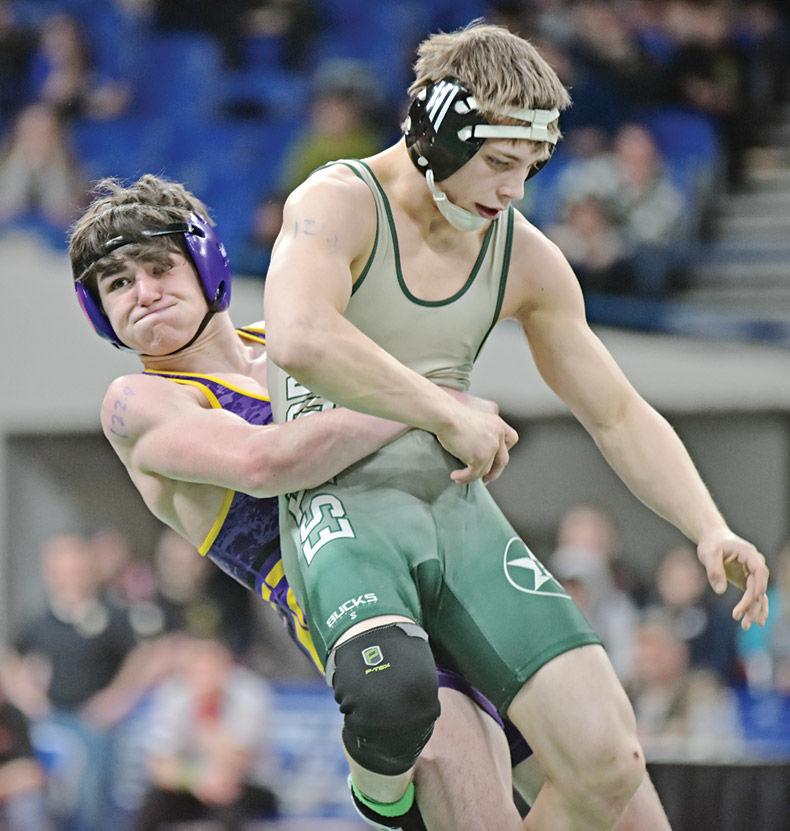 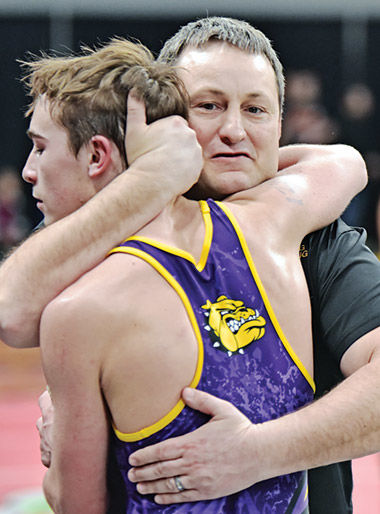 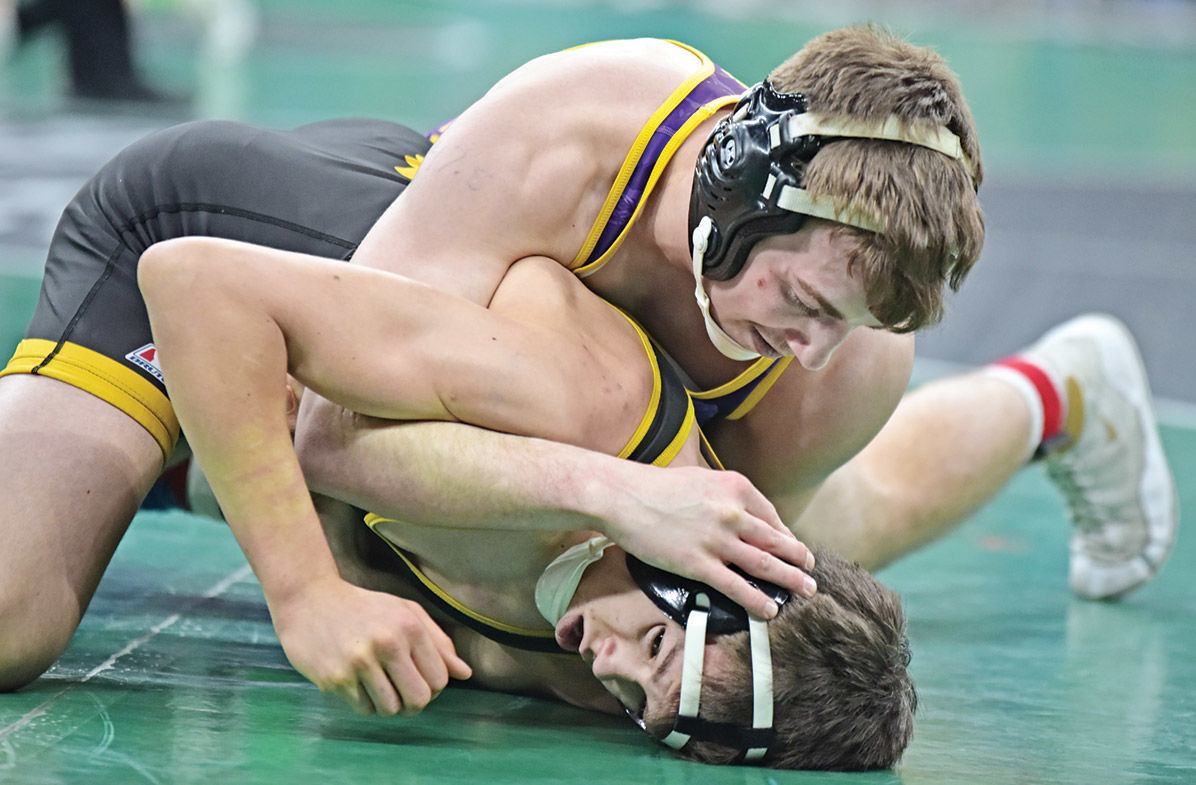 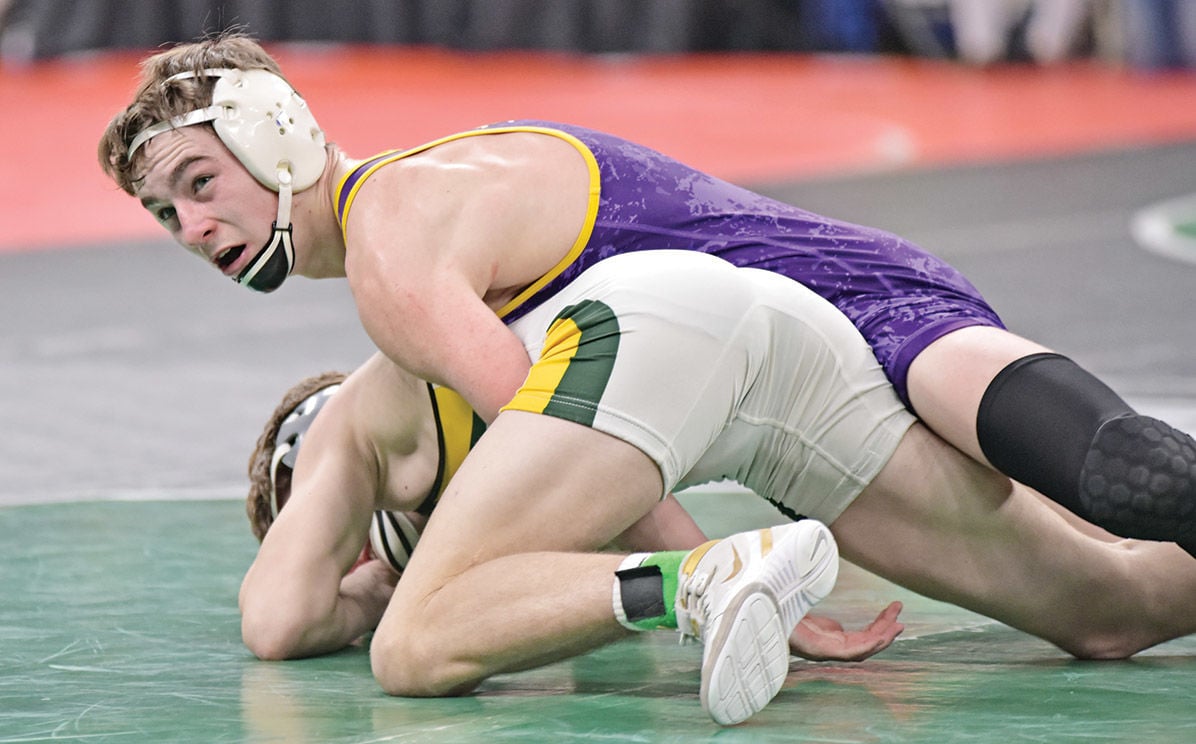 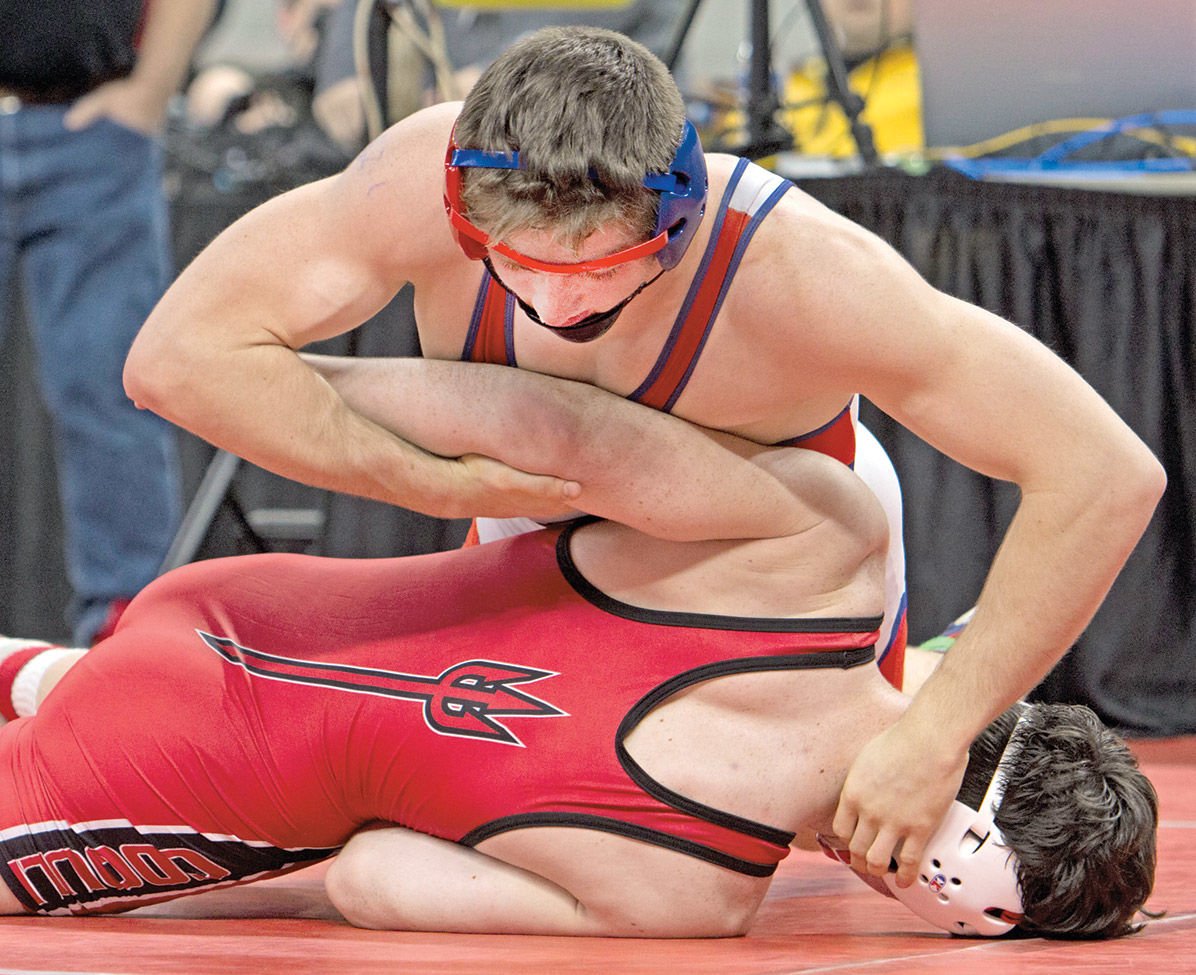 The Baker girls team, in its first season, placed 13th on the strength of Sydney Keller’s individual state championship at 115 pounds (see story on Page 7A).

The Baker boys were led by junior Hon Rushton’s individual championship at 182 pounds (see story on Page 8A).

Butler, whose match record this season was 34-2, won by 2-1 decision over Coquille’s Brayden Clayburn in the championship match.

Baker coach Brandon Young noted that Niehaus placed at state the past three years, including 4th in 2019 and 6th in 2018.

“He set the all-time pin record at Baker High School, and he’s got some colleges talking to him about wrestling,” Young said.

Young praised Eskew’s resilience in plowing through the consolation bracket to claim his 3rd place finish.

“It’s just so awesome to see someone reach their goal,” Young said.

The Baker coach said Bloomer “kind of wrestled out of his mind. He wrestled the best he ever wrestled.”

“He’s got this vibe. Rockin’ the air guitar, listening to his music and dancing, smiling and in a great mood all weekend,” Young said. “His enthusiasm is contagious. You want to try and bottle that up and sell that.”

“He put in so much time in the off-season and went to a ton of camps,” Young said.

He was also excited about the progress of Caleb Shaw, a sophomore who won 18 matches this season after winning one last year, and about the new Baker girls team. McKay Anderson and Bailey Cole also competed at state for the Bulldogs.

Other Baker wrestlers who qualified and won a match at state are Ian Feldmeier and River Clark.

The Back Page — Episode 4 with special guest Caitlin Lowe