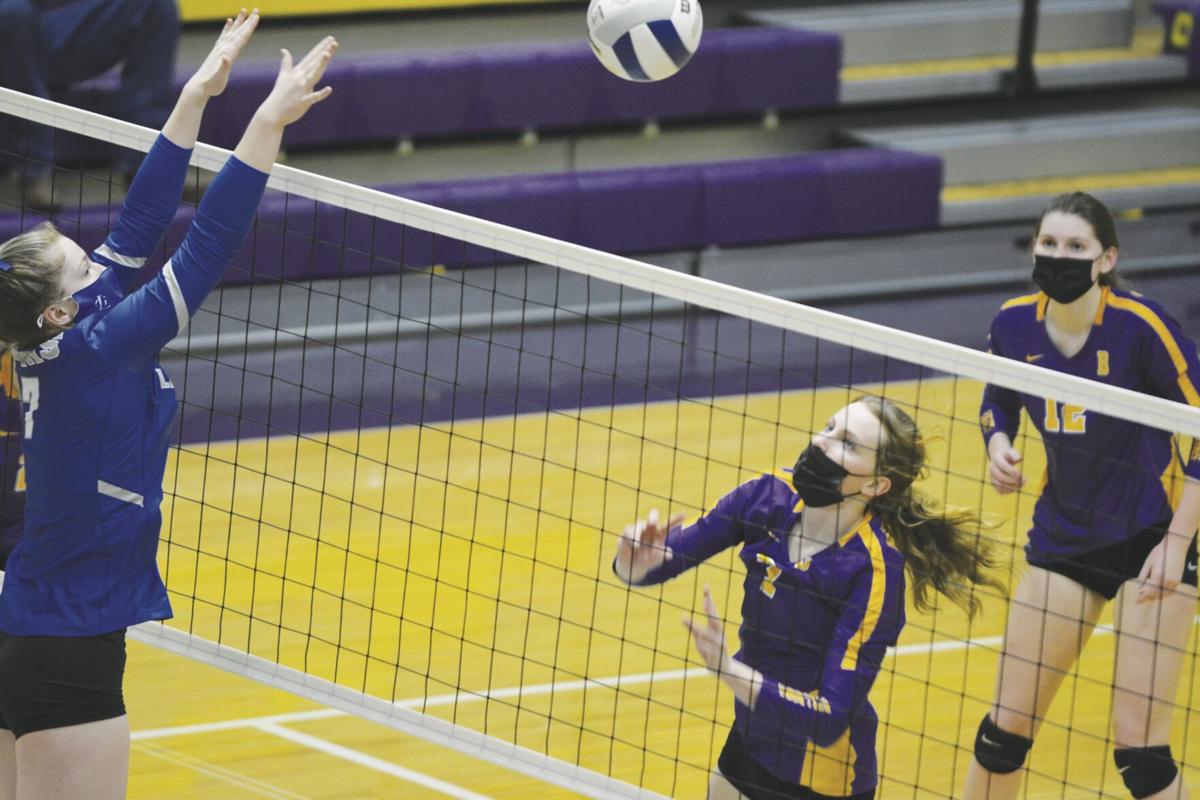 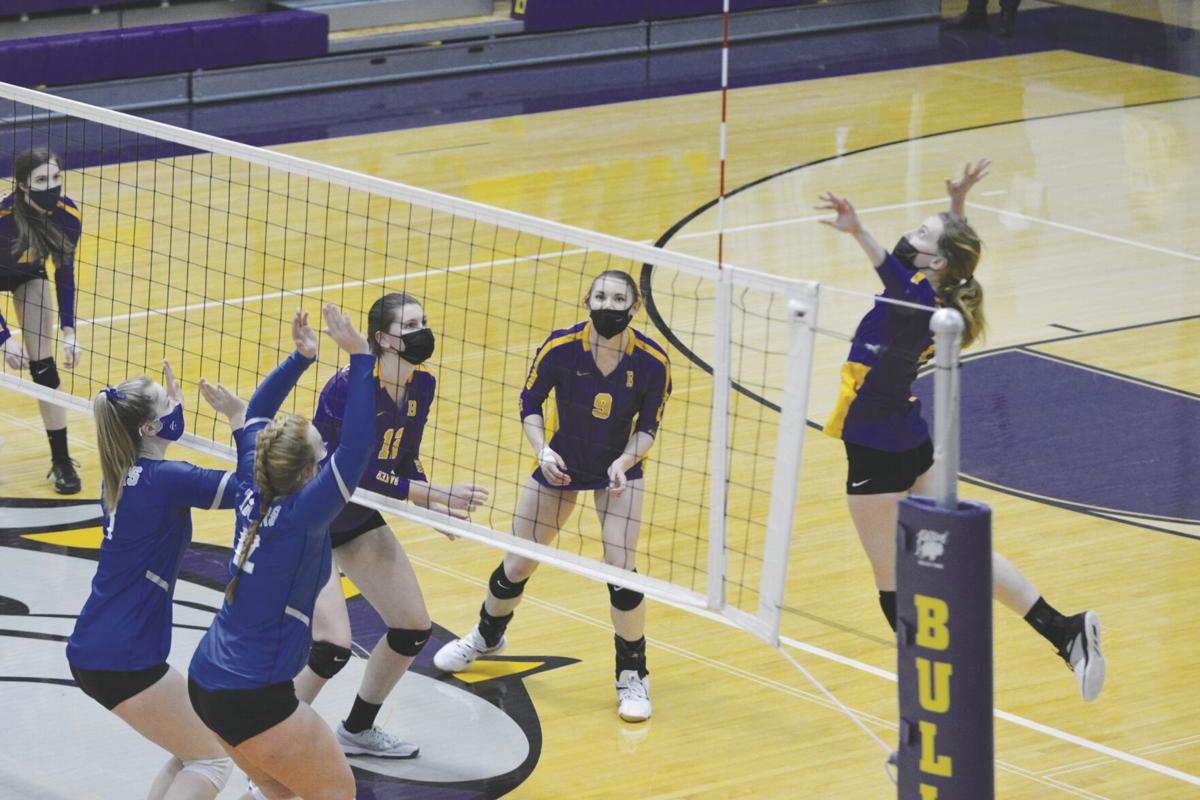 Coming off a win over Ontario on Saturday, the Baker volleyball team couldn’t maintain its momentum against another group of Tigers, falling in four sets to La Grande on Monday, March 8, in the Baker gym.

“I knew it was going to be very strategic as far as the mental game goes,” Abrego said.

La Grande, which improved to 3-0 on the season, has a veteran squad, with five seniors and five juniors.

The Bulldogs, meanwhile, are a young team, with one senior and four juniors.

Despite La Grande’s edge in experience, Abrego said she was confident that Baker could compete well.

“Ability wise, we were right there with them, it was a great game to watch,” Abrego said.

That showed in the first set, as Baker junior Lacy Churchfield had three consecutive kills to give the Bulldogs a 3-0 lead.

Baker pushed its lead to 12-6 before La Grande reversed the momentum, winning the set 25-21.

Baker sophomore Rylee Elms said she was impressed with how the Bulldogs played throughout the match.

“I feel like it actually looked like we were covering today, we did a lot better talking, we started reading their tips really early in which really saved us,” Elms said.

In the second set Baker took the lead early and held it, taking a 25-20 win and handing La Grande its first loss in a set this season.

“For us to go out there and just win one, to be the first team to bring La Grande to four (sets), I am so proud of us,” Elms said.

The competitive play continued in the third set, with the teams trading points most of the way.

Abrego said she was proud of Baker’s performance in the set.

“I was super impressed, I was really proud of them stretching it out to the very end playing disciplined because it’s hard to do that when you are young and you haven’t had that intense play before,” Abrego said. “They played well and played composed.”

Fighting to keep the match going, Baker took a brief lead about midway through the fourth set.

But again the Tigers pulled away, winning the set, 25-18, and the match.

Abrego said the La Grande match showed her ways that Baker can continue to improve through its month-long season.

“Definitely focusing on five points at a time, you’ve got to be the first to five, first to ten, first to fifteen no matter how many matches we play,” Abrego said. “Most importantly we have to play throughout the whole match, we can’t give up a ten-point run, we don’t let up, really building that mindset of no, you are going to have to take that from me.”

Abrego said the Bulldogs were happy to be playing at home, and with a limited number of fans, mainly parents and other family, cheering from the bleachers.

Baker, nearing the midpoint of its 13-match schedule, travels to Vale on Friday, March 12, for a 5 p.m. PST match.

The Bulldogs then play host to Nyssa on Monday, March 15, at 6 p.m.

Both matches will be livestreamed for free through the NFHS network. Information about signing up for a free account is available on the Baker Bulldog Nation Facebook page.

Elms said she’s excited to keep practicing with her teammates, and seeing their work translate into wins on the court.

“I hope that we take confidence with us,” Elms said.