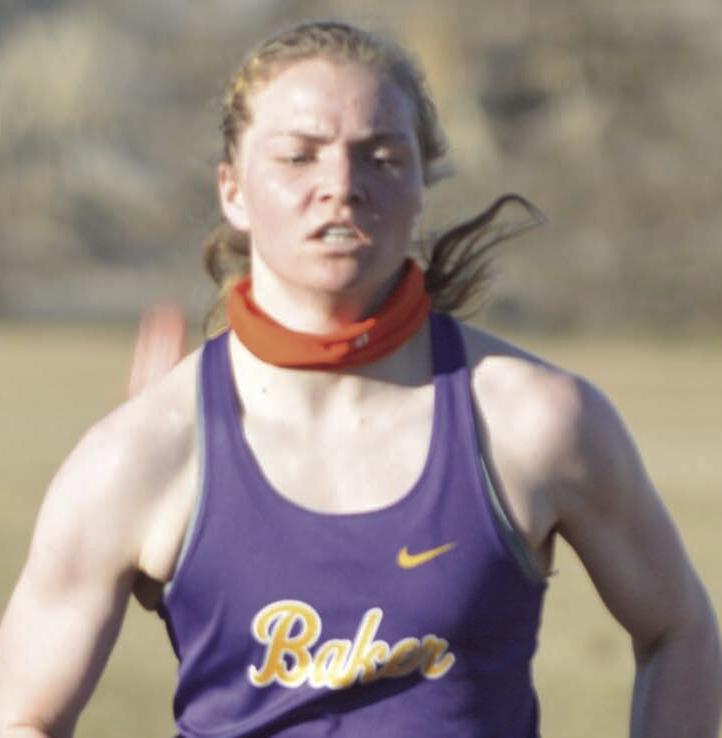 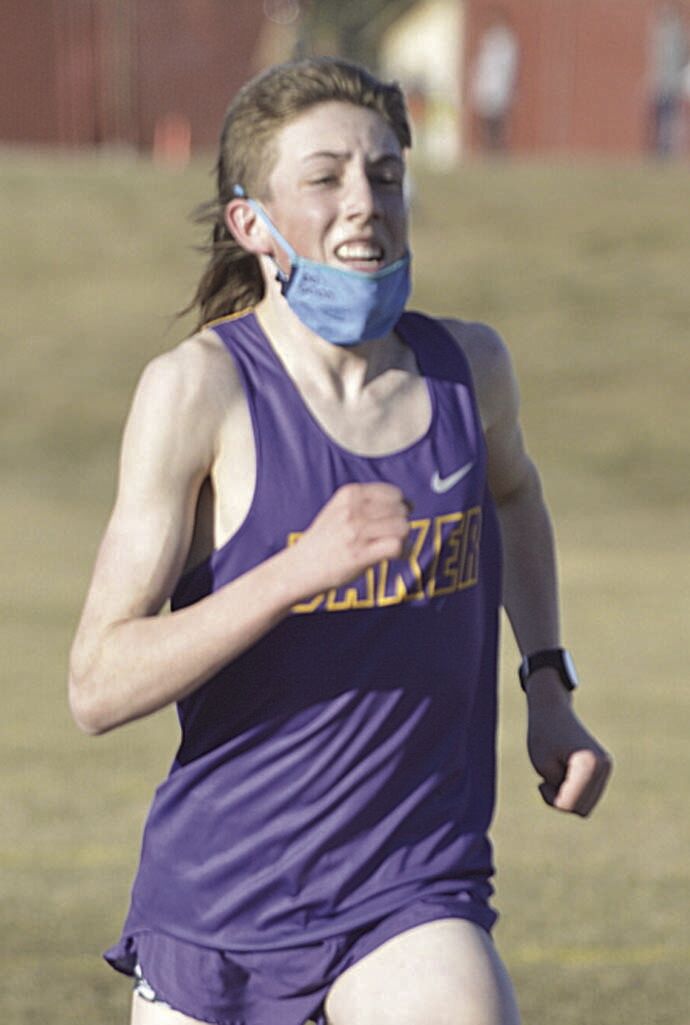 In the middle of a mild Friday afternoon, March 12, cross-country teams from around the region gathered at Baker High School to compete on a new course.

After the points were tallied, the Baker/Powder Valley girls team had finished first in its home invitational, and the boys had placed third of four teams in the second heat, just two points behind second-place La Grande.

Powder Valley senior Justin Ash finished first in the boys second heat with a time of 16:28, and Baker senior Sydney Keller, who won the district meet and ninth at the Class 4A state meet in 2019, was the top girls runner in her heat with a time of 20:21.

Pine Eagle junior Caleb Brown took first place overall in the first heat with a time of 17:18. He was almost a minute and a half ahead of the second-place runner.

“The kids are still out here, they are hardworking kids, they love the sport for a lot of reasons, so what we are really trying to do is make it as normal as possible,” said Suzy Cole, who coaches the Baker/Powder Valley girls and boys teams. “Our goal is to compete, just like we would compete in the fall.”

The time of year isn’t the only change for cross-country runners.

The Baker Invitational, which typically takes place at Quail Ridge Golf Course, was moved this year to a new course laid out around the high school, with teams divided into separate heats to comply with COVID-19 precautions that limit the number of runners on the course at one time.

The course starts, and finishes, inside Baker Bulldog Memorial Stadium.

Cole said she was pleased with the new route.

“This was the first time we did a perimeter type of course,” Cole said.

“The course was a lot flatter, we didn’t have any loops so there wasn’t any repeat scenery,” Bott said.

Bott and her fellow seniors, competing in their last home meet, were honored with a brief announcement, and a poster was hung up near the bleachers. After a year of not knowing if they would even have a final cross-country season, Bott was enthusiastic about the opportunity.

“It’s super duper exciting that we actually get to still run together, and finish our four years of cross-country together,” Bott said.

Baker opened its season Monday, March 8 at Nyssa, running in the first heat. The Baker girls placed first and the boys second.

Keller won the girls race and Ash was second in the boys race.

Baker competed in the second heat against La Grande, Union and Ontario. Ash was first across the line, and Baker placed second as a team.

Cole was happy with those three times and with the effort of the entire team in both the Nyssa and Baker events.

“I’m more surprised by my other kids that were kind of trying to figure out how do I navigate COVID, the season’s weird, and they really have stepped up and they ran really tough on Monday (at Nyssa). I had more PRs (personal records) today in just a short turnaround, that just says a lot about their grit,” Cole said.

Bott was proud of the effort put forth by everyone on the team.

“It’s always super cool seeing everyone do their best, and being proud of themselves, for how good they ran,” Bott said.

Cole said the Baker girls can be competitive at the state level.

Although the Oregon School Activities Association (OSAA) will not have a state championship meet, Class 4A coaches have been discussing have a state meet to finish the season on April 10, probably at Tillamook.

For the boys side of her program, Cole said the team has room to grow, as the roster is mainly sophomores.

Despite the strangeness of running during the late winter and spring rather than in fall, Bott said she’s happy just to have the chance to compete again.

“As a team we are just really trying to have fun this year, and do our best for ourselves,” Bott said.

Cole is grateful to be back to coaching.

“I’m excited to be with the kids, I’m excited how well they are adapting and working. I appreciate our community and our school district for working so hard to give us these opportunities and do what we can do,” Cole said.

The Baker/Powder Valley team will travel to Harney County this Friday, March 19, to compete in the Burns Invitational. Results will be available at athletic.net.