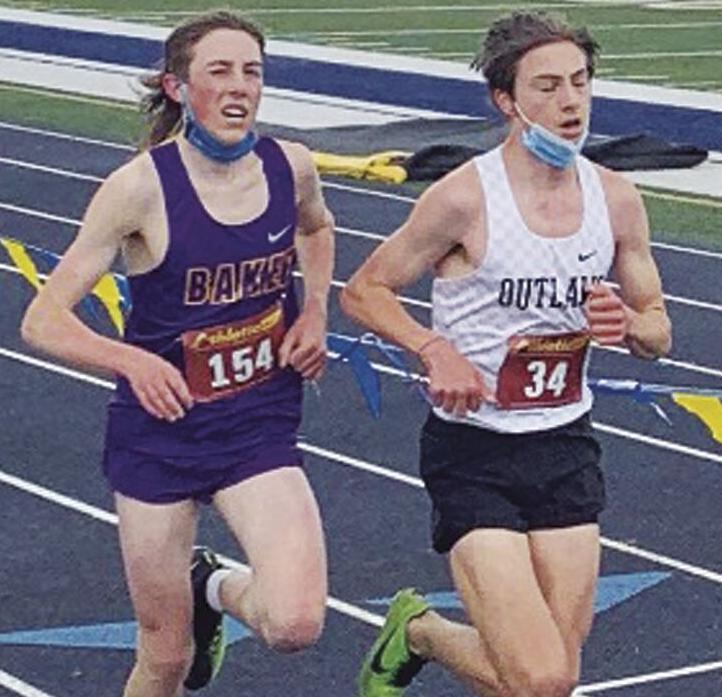 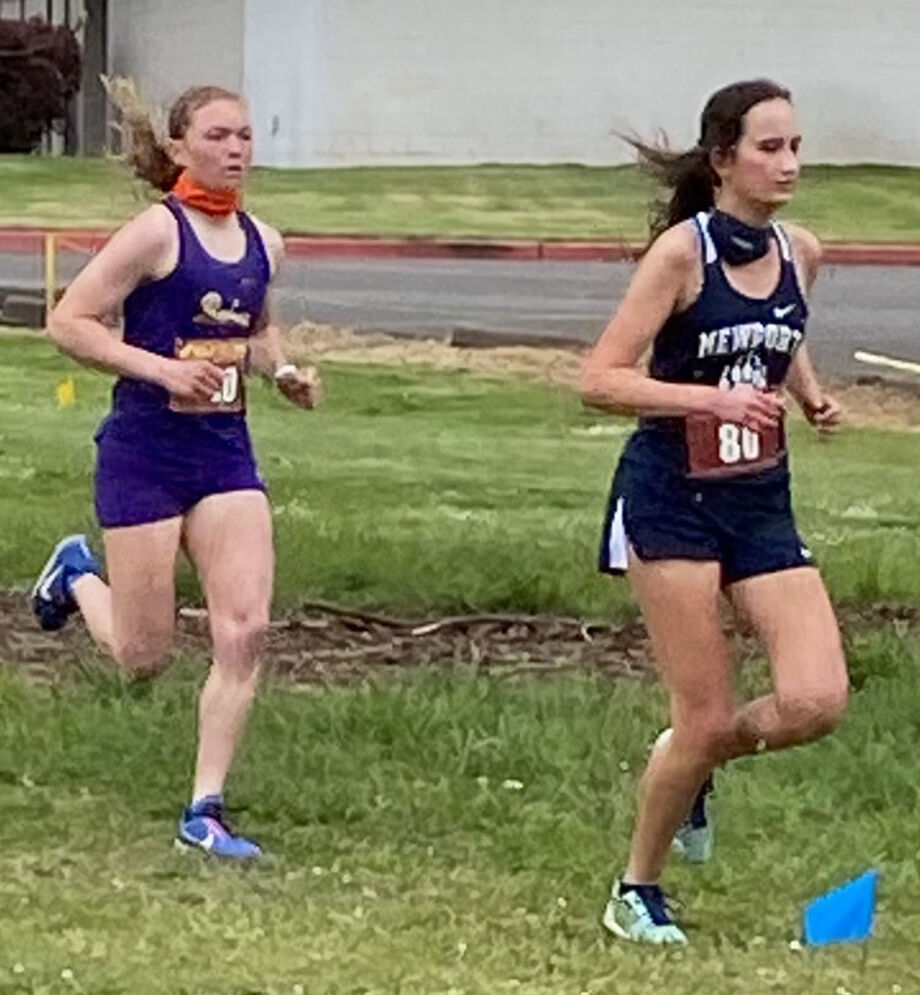 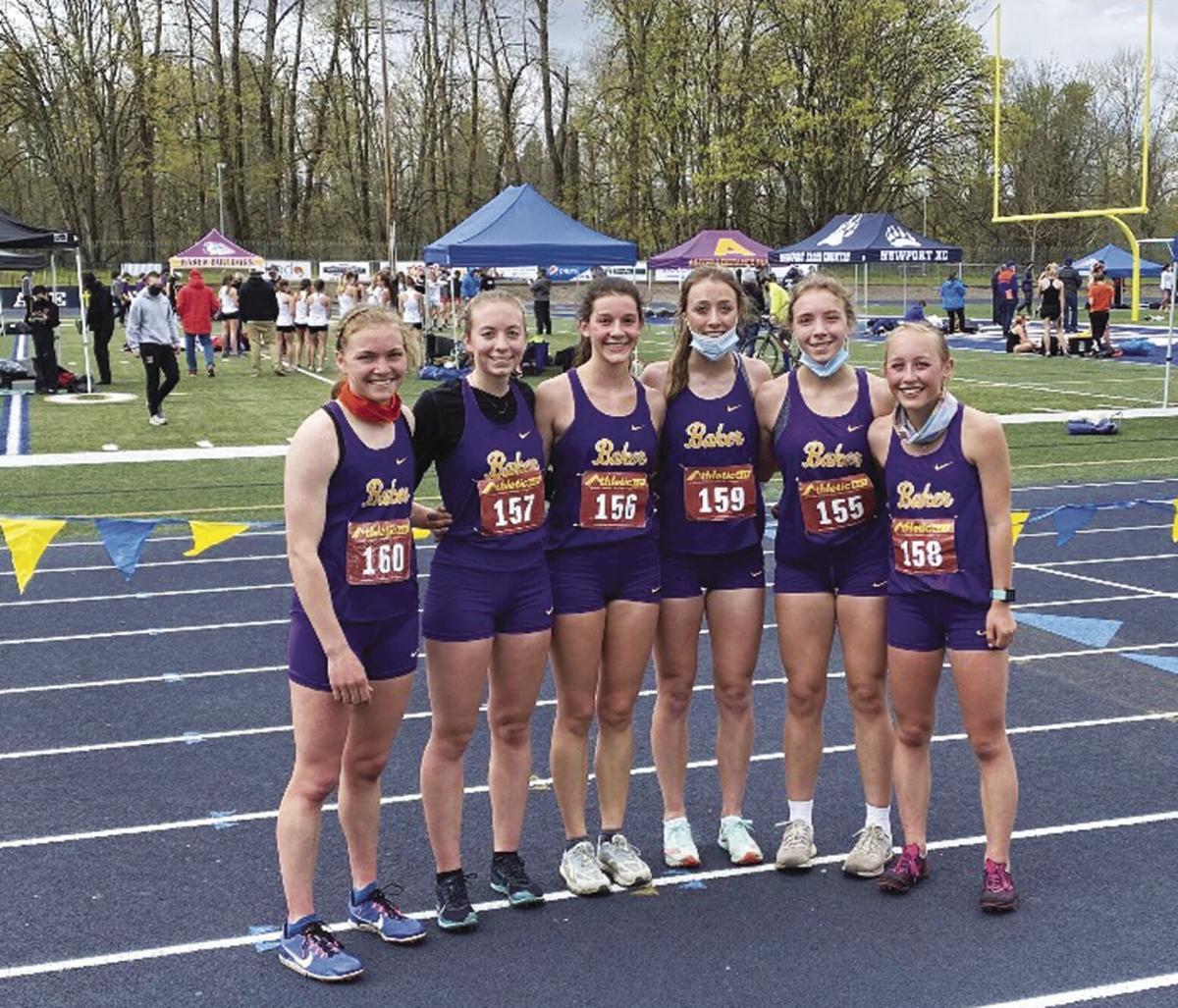 Baker’s cross-country teams had a strong performance at the state Class 4A meet, the girls placing third and the boys eighth on Saturday, April 10 at Marist High School in Eugene.

Senior Sydney Keller led the Baker girls with a fourth-place finish in the individual standings.

“It went perfect. It was great running conditions, the course was brand new to us — it was fast and a good course,” Baker coach Suzy Cole said. “The kids liked it, and the event went off great and we did exactly what we knew we had to do.”

Cole said she was impressed with Ash’s performance, finishing the 5-kilometer course in 16:06.5.

“He ran phenomenal,” Cole said. “The last time he was in a state cross country meet he was our fifth runner, and it was kind of after that meet he decided he pretty much loved running, so he’s been running pretty much nonstop since then. All of his hard work, his effort and his passion has paid off in every meet for him this year, and I was extremely impressed with how confident he looked. He did a great job.”

“If you want to be competitive as a team, you have to pack up your group. Your fourth and fifth runners set the tone on how well you are going to do as a team,” Cole said. “We were able to get our five before any other team, and that’s why we were so tight with Siuslaw and Sisters there.”

“It was very exciting, the last time we were at state our goal was the next time we came to state we would come home with some hardware. We are really, really happy about it,” Cole said.

Cole saw multiple Baker boys and girls set personal records in the season’s final meet, in some cases beating their previous best by nearly one minute.

“It’s a huge accomplishment given this short season,” Cole said. “It’s been interesting trying to coach through it, and train through it, and we had a lot of kids that were close to (one-)minute PR’s. They just ran confidently and gutty, and that’s exactly what you want to happen at a state meet.”

Although Saturday’s meet was the final competition for Baker’s seniors — Ash on the boys side, Keller, Bott, Downing and Avril Zickgraf on the girls — Cole said she was excited to see the four Baker boys who, as sophomores, got their first experience at the state level. Those are Thaddeus Pepera, Jordan Mills, Gabriel Bott and Seth Mastrude.

“For the sophomores, it really was getting them introduced to the state meet, getting them exposed to it and they competed so well,” Cole said. “I was just very impressed with them.”

Several cross-country runners will move immediately to the track and field season, which starts this week when the Bulldogs host an invitational meet Thursday, April 15 at 2:30 p.m.

Steven M. Sipple: Held's group enjoys late burst in spring drills; and a tip of the cap to Davison

Green Bay bound: Get to know all 9 players picked by Packers in 2021 NFL Draft