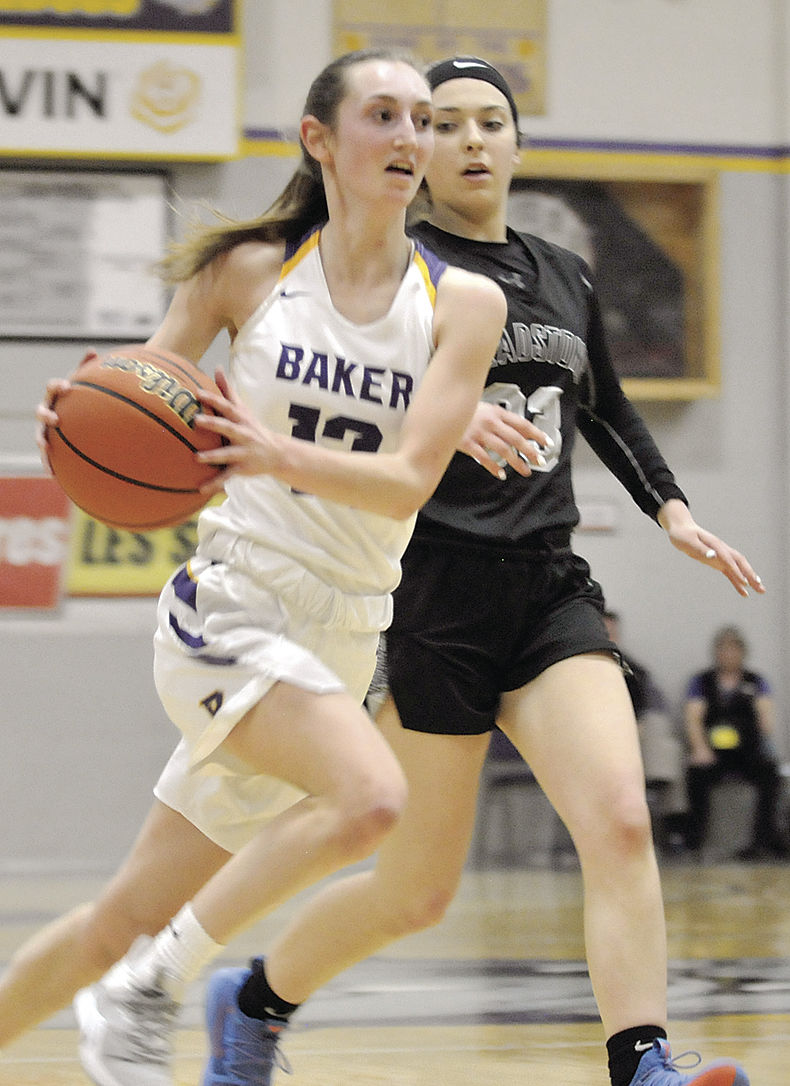 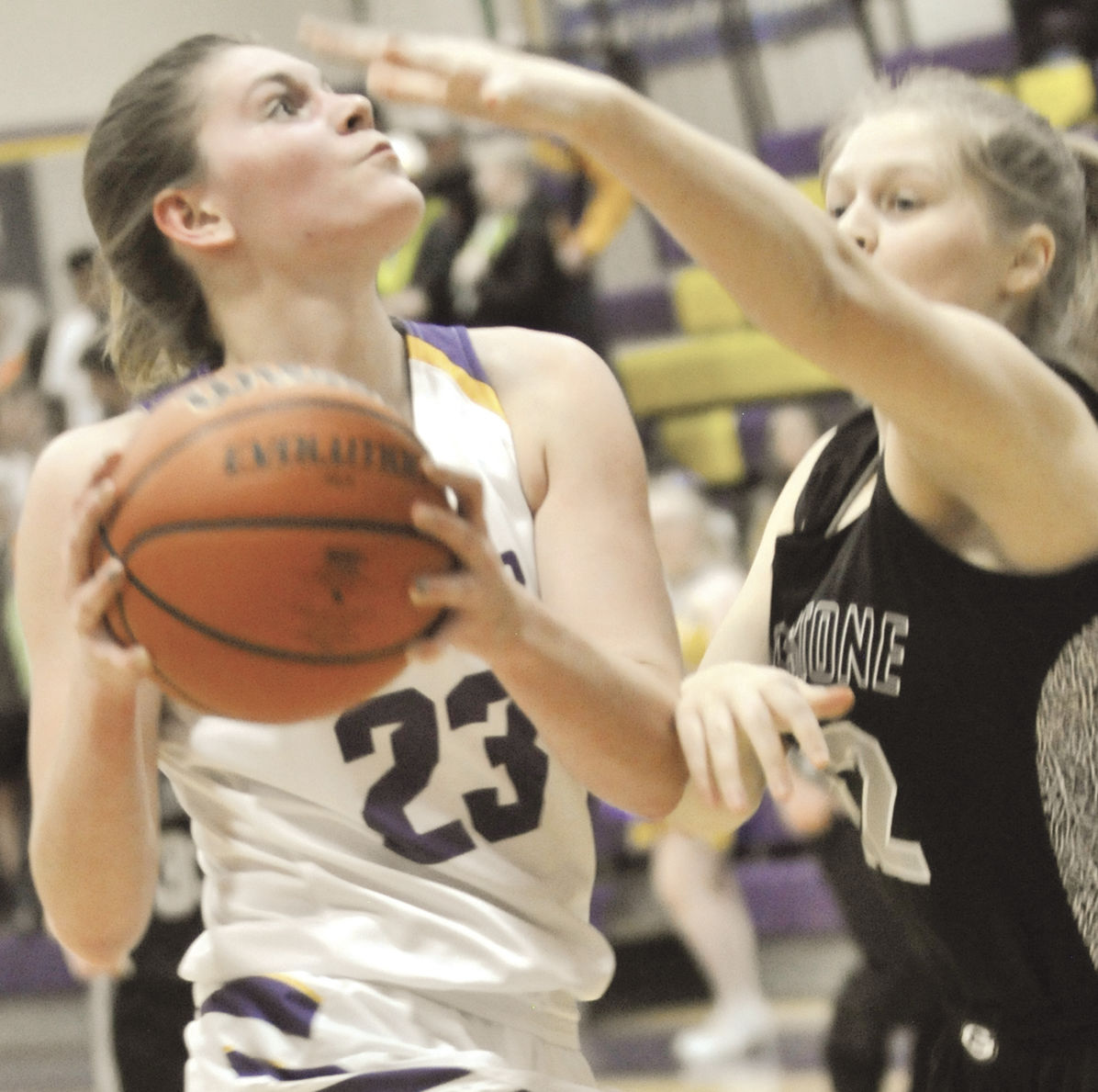 Baker freshman post Jozie Ramos goes up for a shot Friday against Gladstone.

Baker freshman post Jozie Ramos goes up for a shot Friday against Gladstone.

Baker freshman Jozie Ramos stood tall among the competitors on the hardwood Friday night, not just by height but by leading the Bulldogs to victory and a return to the Class 4A state tournament to defend their championship.

“She’s a competitor at heart, that’s something that I can’t coach,” Baker coach Mat Sand said after the Bulldogs beat Gladstone 53-31 in a playoff game at BHS.

Early on Friday against Gladstone, both teams were attempting to shoot around the perimeter, rather than trying to get the ball inside. Sand said he encouraged his players to look for closer shots.

“That can happen in games, especially when you have two weeks off,” Sand said of the Bulldogs, who hadn’t played since Feb. 22, when they beat La Grande 49-42 in the Greater Oregon League championship game. “We were a little impatient because we were getting good looks.”

Unselfishness was a huge component for both teams. Finding the open teammate, everyone on the floor touched the ball at some point in the game. Gladstone head coach Glenn Hopkins was happy to see that all of his players were given a moment to shoot.

“We’ve had a lot of different girls step up and score for us at different points of the season,” Hopkins said.

The Gladiators struggled against Baker’s defense. Always meeting Gladstone’s guards at half court were Baker’s backcourt duo of senior Sydney Younger and junior Sydney Keller. Their tenacity excited their teammates, who strived to match the defensive intensity, Ramos said.

Husker Extra Podcast: What is the next step for college sports as coronavirus pandemic builds?

“It gets the whole team going, our intense defense — that’s what we focus on,” Ramos said.

On the other end of the court, Ramos caused plenty of problems for the Gladiators’ defense. Tasked with guarding her, junior Jade Rowley impressed her coach.

“Jade battled her pretty hard,” Hopkins said. “We didn’t expect to put (Ramos) at the free throw line as many times as we did.”

Ramos nearly outscored the Gladiators on her own, with 27 points, including 11 for 12 from the free throw line.

“I just needed to be strong inside,” Ramos said. “In that way if they double-teamed me I could get it back out for other people to score.”

Isabella Nemec added 10 points for the Bulldogs, and Sydney Younger had 8 points.