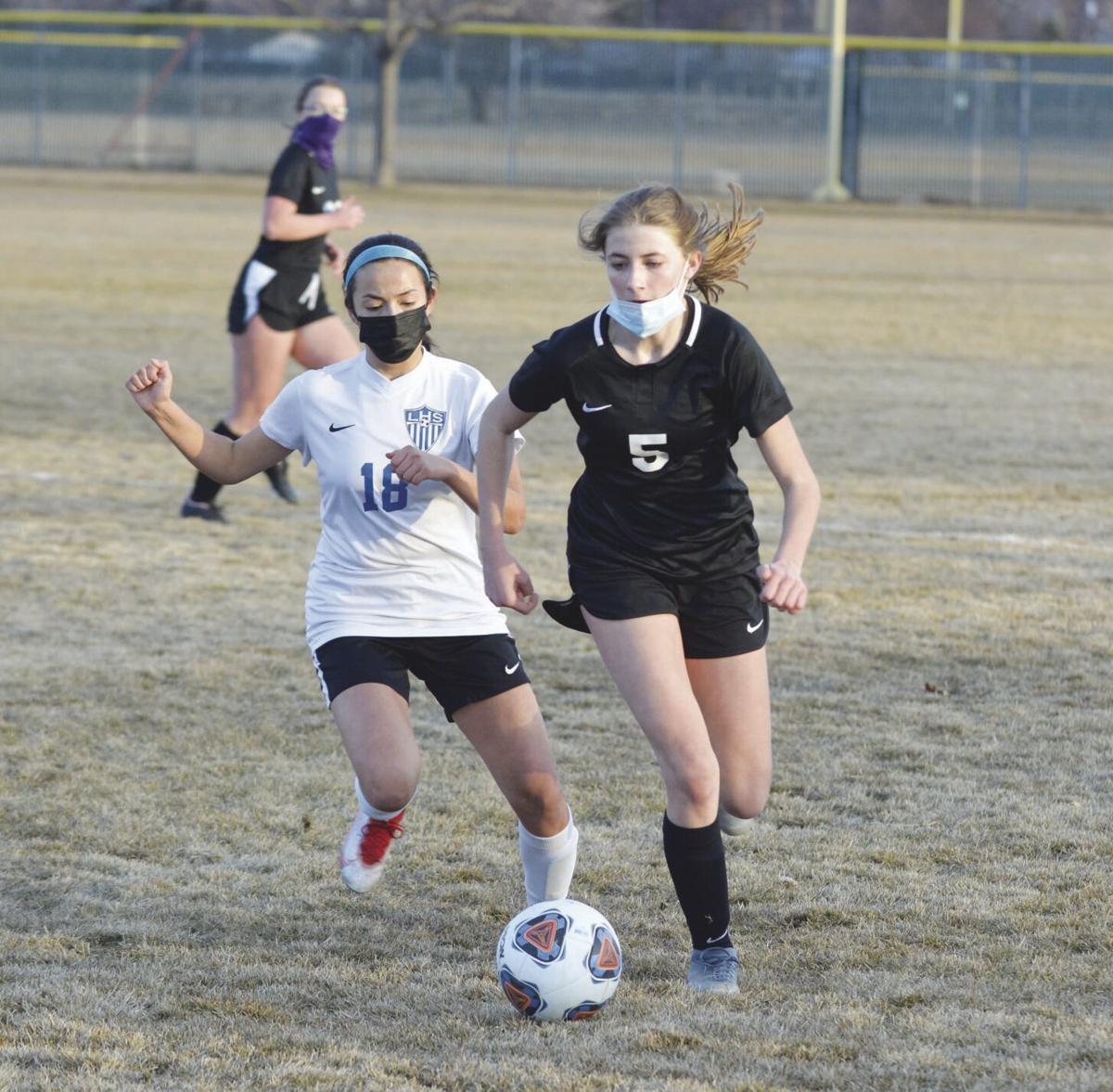 Baker’s Brooklyn Jaca, right, dribbles against the defense of La Grande’s Rosie Aguilera during a girls soccer match on Wednesday, March 10, at the Baker Sports Complex. 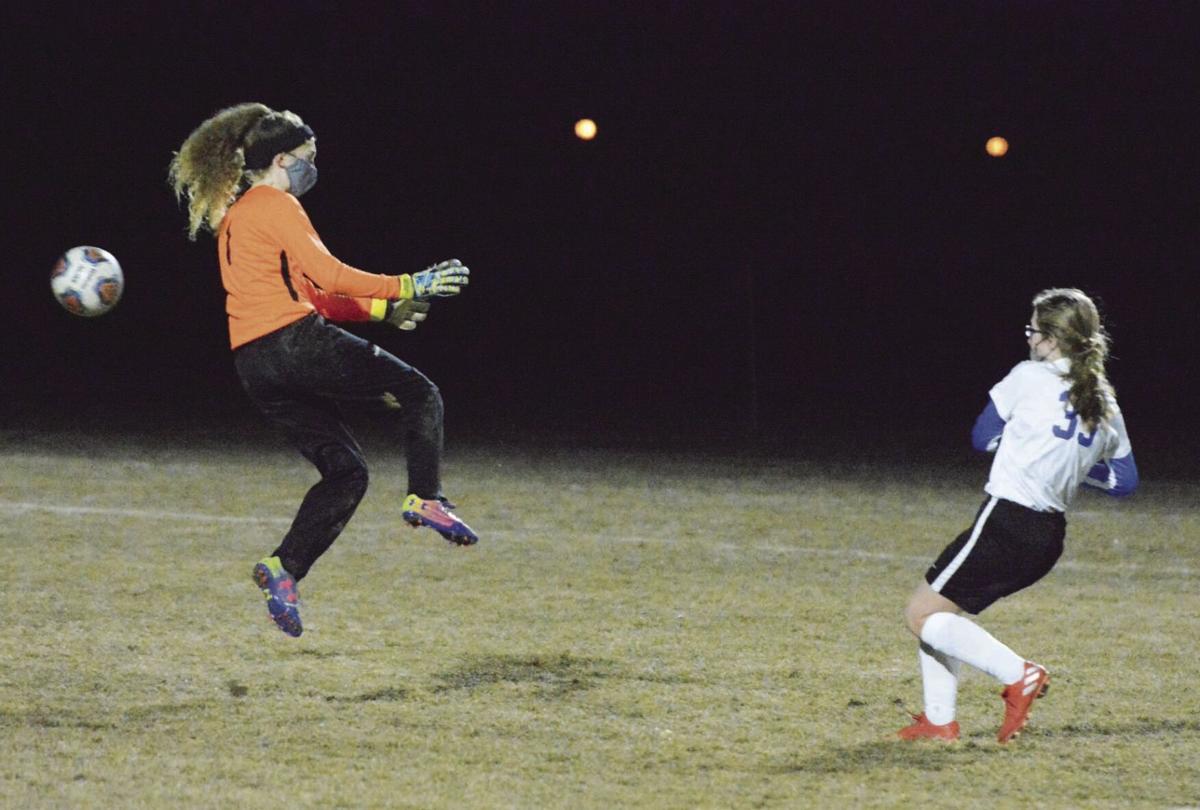 Baker’s Brooklyn Jaca, right, dribbles against the defense of La Grande’s Rosie Aguilera during a girls soccer match on Wednesday, March 10, at the Baker Sports Complex.

Baker’s girls soccer team, playing for the second straight day with a minimum number of players, was no match for the unbeaten La Grande Tigers, losing 10-1 Wednesday, March 10, at the Baker Sports Complex.

As was the case Tuesday at Riverside, the Bulldogs (1-2 for the season) had only 11 players, meaning all 11 had to play the entire 80-minute match.

During the first half Wednesday, the Tigers, who didn’t allow a goal in their first three matches, stifled Baker’s offense.

Despite the score, Baker head coach Eric Layton said he was proud of his team’s effort.

“Knowing that they played a big game yesterday, and that was short notice, knowing that happened I thought they played really well,” Layton said. “We knew today was going to be a struggle because La Grande is good, it’s kind of hard to keep that energy going.”

La Grande won its first three matches, against Four Rivers, Idaho, Pendleton and Ontario, by a combined score of 19-0.

Layton said his main focus in talking with his team at halftime was to help them maintain their perspective, to remember that they’re a young team taking on a much more experienced La Grande squad, with nine seniors on its roster.

The Tigers advanced to the Class 4A playoffs in 2019.

Baker has no seniors.

Layton said that during his halftime talk he was “reminding them that they are mostly sophomores. Reminding them we have had two weeks of practice, some of which were indoors. I think perspective is really healthy.”

As the second half began, Baker had a newfound confidence offensively and was able to keep the ball on La Grande’s side of the pitch.

Although La Grande scored the first goal of the half to increase its lead to 7-0, Baker got on the board 16 minutes into the half when freshman Daphne Thomas scored. It was the first goal La Grande has given up this season.

Teegarden said she was happy to see the burst of energy this goal gave to the Bulldogs.

“We keep telling them that we are seeing these good things and that they are that capable, but until they see that goal scored, then the energy pops up,” Teegarden said.

La Grande then scored three straight goals to end the match 10 minutes early with a 10-1 lead.

Looking forward, knowing that he has such a young team, Layton chooses to take the abbreviated season day by day and not let the frustration of losses get in the way of teaching.

“We just have to take the games for what they are, a learning experience, and go forward,” Layton said. “We are proud of their work and in every situation they’ve been in they have had few subs and they’ve been an underdog. People should know the hard work they are putting in.”

Baker returns to Greater Oregon League play Monday, March 15, when the Bulldogs travel to Ontario for a 3 p.m. PDT match.

Pondering the portal: What positions might Nebraska add to with its final two scholarship spots?

Wyoming planning to go the traditional route with its spring game

Nobody has higher expectations for Wyoming's Treyton Welch than himself