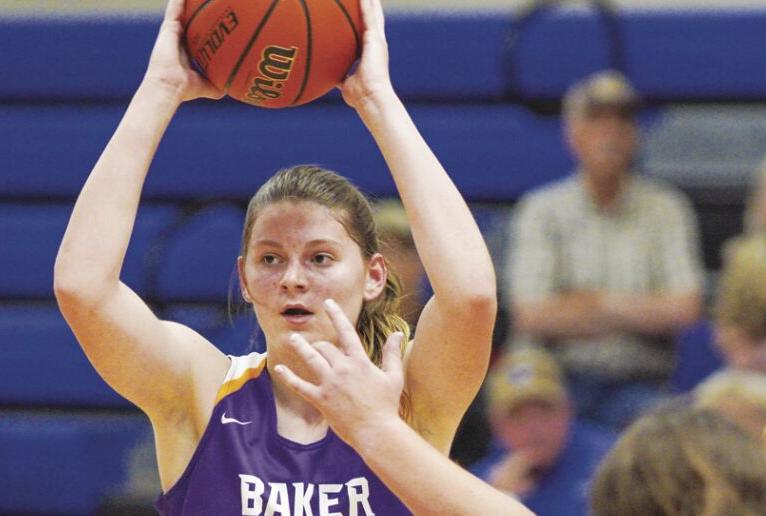 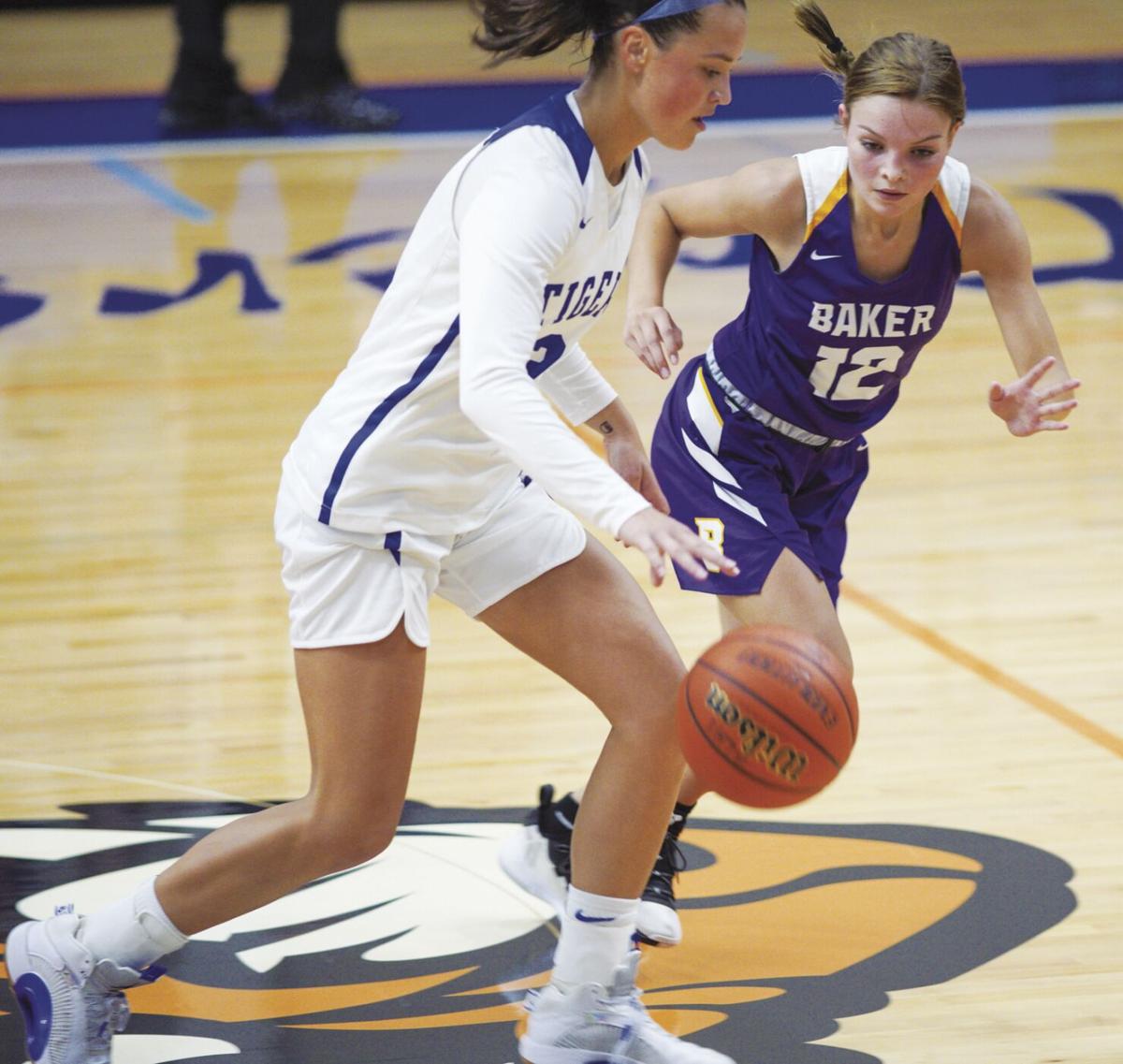 Baker girls basketball coach Mat Sand is no fan of losing, but he can still have fun watching his team even when they don’t win.

Such was the case Friday, June 18 in La Grande when the Bulldogs’ rally fell short against the unbeaten Tigers, 44-35.

“I hate losing but that had to be the most fun of a loss I’ve ever had in my career just because I saw how well the girls played, the decisions they made and them realizing they can play with a team packed with seniors and experience,” Sand said. “To see the advancement of the team was the most exciting thing of the season.”

Baker, playing with just one senior, Sydney Keller, was up against a La Grande squad led by seniors Camryn Collman and Ella Dunlap.

Coming off wins against Ontario and Vale earlier in the week, Sand knew he had to change his game plan.

Keller, who usually guards the opponent’s top scorer, was dealing with an ankle injury.

Sand assigned sophomore guard Sydnee Pierce with the daunting task of trying to slow Collman, who scored 24 points in La Grande’s 51-32 win over Baker on June 8.

Collman started well, scoring all 11 of La Grande’s points in the first quarter, including a trio of three-pointers.

But the second half was a different matter.

“You encourage them, you tell them what you see potentially and what they are capable of doing,” Sand said. “I told them you guys can play with these guys.”

Pierce clamped down on Collman, holding her to just five points in the second half.

“She (Pierce) was on (Collman) the whole game for the most part, and as a sophomore going up against someone like Collman, who is a seasoned senior, she basically shut her down,” Sand said.

With sophomore Jozie Ramos scoring nine of her team-high 16 points in the third quarter, Baker outscored the Tigers 16-6 to narrow the lead to 34-27.

Baker couldn’t continue the momentum in the fourth quarter, but Sand said the third-quarter rally, and the contributions of Baker’s underclassmen, illustrate the team’s potential in 2022 and beyond.

Baker finished the condensed season with an 8-4 record. The Bulldogs didn’t qualify for a nonsanctioned Class 4A state tournament in North Bend.

Sand said he will have high expectations for the Bulldogs when they return to the court in late fall. Baker won the 2019 state championship and wasn’t able to defend that title when the 2020 tournament was canceled due to the COVID-19 pandemic just before Baker’s first-round game.

“You are going to see a much different team next year,” Sand said. “I believe we have a lot of momentum, that there is no reason why when things go back to normal, and the OSAA starts doing what they are doing, I expect us to be on the top of our league, I expect us to go into the state tournament, I expect us to jump right back to the routine.”

Four Downs: Who is the Huskers' most vocal guy on defense? Plus three more quick takeaways