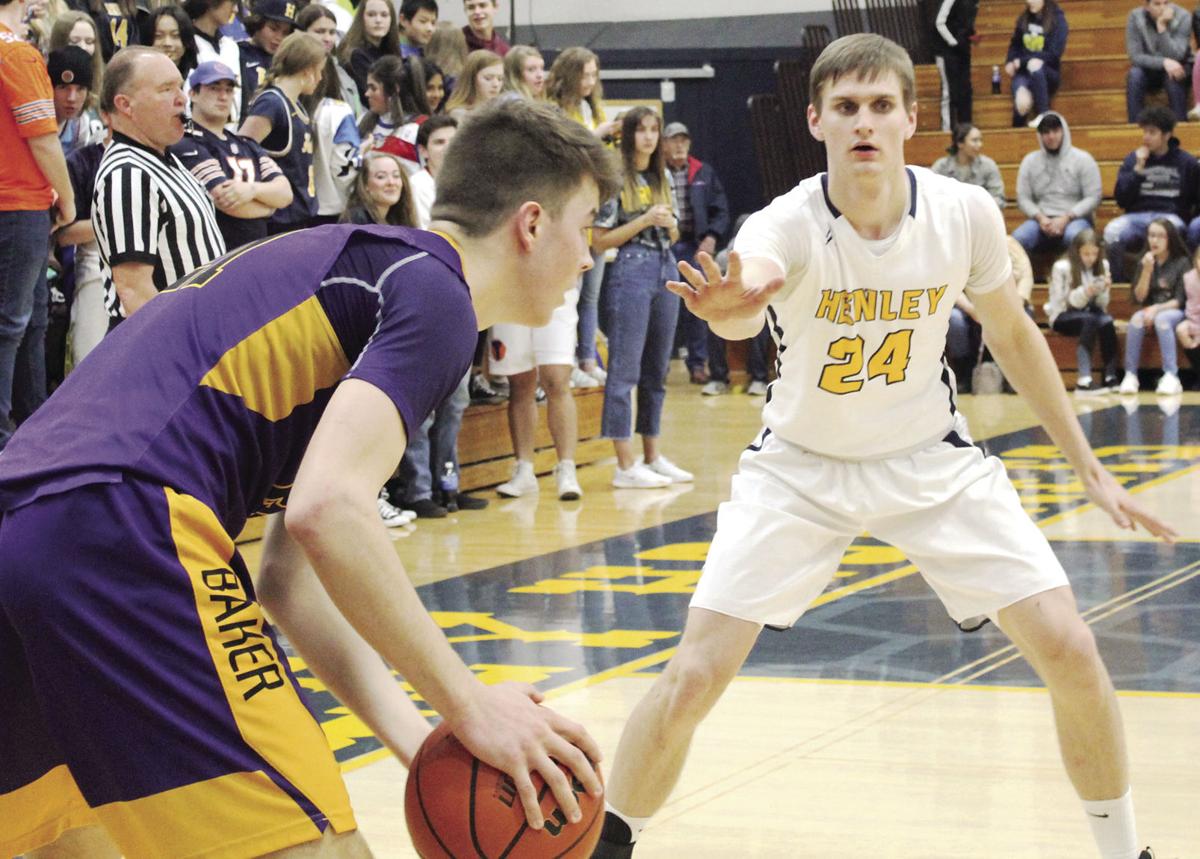 Baker’s Caden Long looks for room to drive against the defense of Henley’s Matthew Neubert during a playoff game Saturday. Henley defeated Baker, 64-52. Long had a game-high 25 points in his final game as a Bulldog. 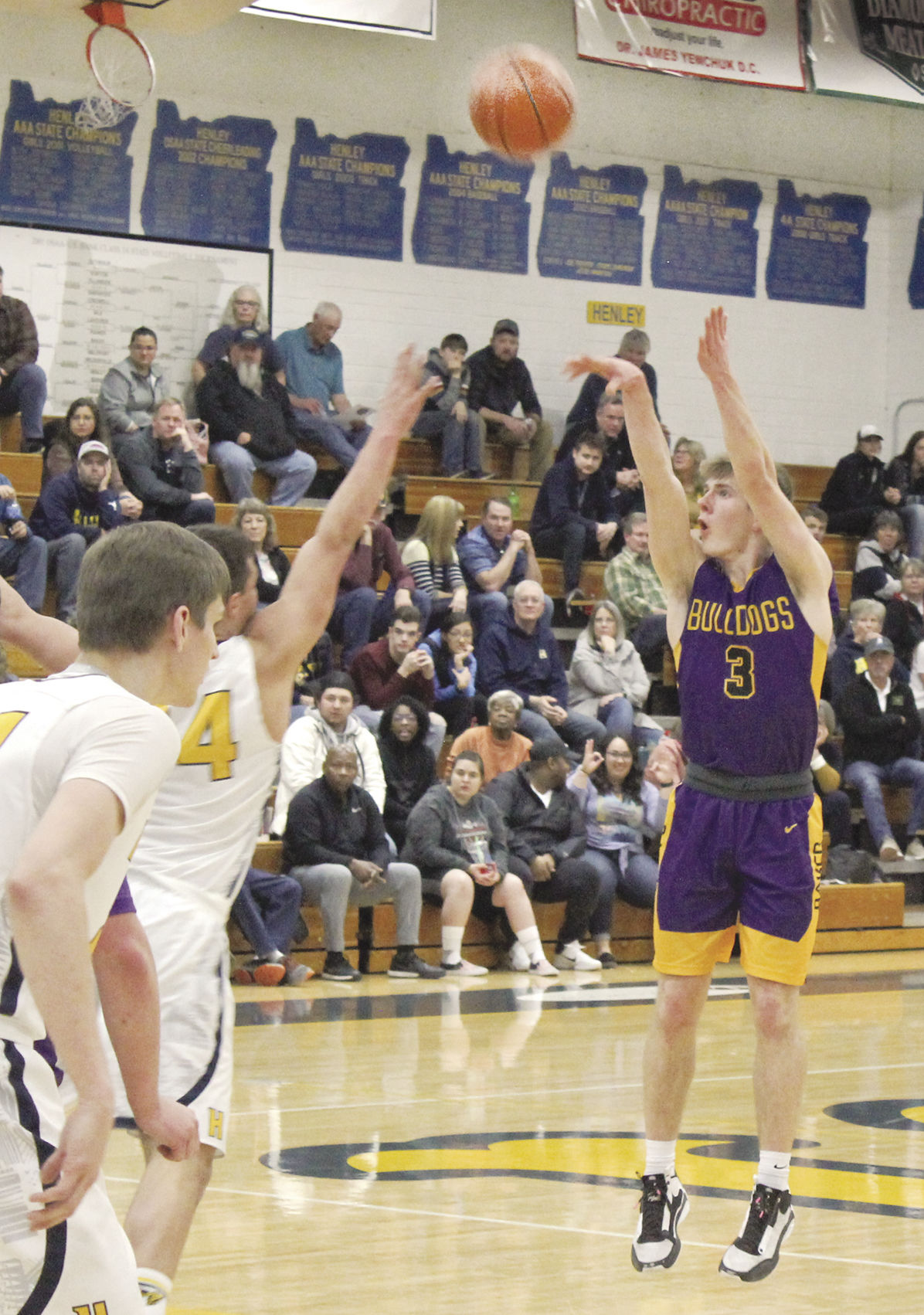 Baker’s Caden Long looks for room to drive against the defense of Henley’s Matthew Neubert during a playoff game Saturday. Henley defeated Baker, 64-52. Long had a game-high 25 points in his final game as a Bulldog.

The Baker boys basketball team, facing a daunting deficit starting the fourth period, could have played the final eight minutes of its season with a certain apathy.

But coach Jebron Jones expected more from his players.

Not a win, but respect.

Trailing Henley 52-30 in a Class 4A playoff game Saturday afternoon at Klamath Falls, the Bulldogs refused to concede what the scoreboard suggested was inevitable.

But the Bulldogs could get no closer and they fell 64-52 to the Hornets, who advanced to the Class 4A state tournament this week at Forest Grove.

“We just challenged the kids to finish the game strong,” Jones said of his conversation with the Bulldogs between the third and fourth periods. “I was proud of them. They didn’t quit. They didn’t fold or blame each other. They finished the game the right way.”

Long wasn’t around for the final minute — he fouled out — but he made the most of his minutes.

Long scored a game-high 25 points, including five straight points that cut the Hornets’ lead to 57-47. That was the closest the Bulldogs had been since late in the second quarter.

Jones said he was disappointed that Long and his five fellow seniors ended up one win short of qualifying for Baker’s first trip to the state tournament since 2007, when the Bulldogs won the state title.

“For the six seniors I wish they had a better ending,” Jones said.

Although Henley scored the first six points of the game and never trailed, Baker (15-11 for the season) stayed within a reasonable range during the first half.

The Hornets extended their 14-9 first-quarter lead to 18-9 early in the second, but Baker scored consecutive baskets, on Mason Van Arsdall’s rebound of his own miss and Rigueiro’s inside hoop, to get Baker within 18-13.

But Long then scored six straight points to narrow the lead to 28-19.

Henley led 32-19 at halftime, but Jones said he was still confident.

“I told the boys this game is definitely not over with,” he said. “They outscored us by 13 in the first half and I told them I have complete confidence that we can win the second half by 13 points. We just came up short.”

“It led to them getting open looks, and easy layups, which are daggers,” he said.

Gabe Gambleton was the only Bulldog besides Long in double figures, with 10 points.

Jones said he will remember the dedication this year’s team showed, always arriving on time for early morning practices.

But regardless of what the players achieved in uniform, Jones said he’s more impressed by their performance in the classroom.

“They’re all great students,” he said. “I’m more proud of that than anything they could accomplish on the basketball court. I was glad to be a part of their lives.”

Jones said he also tried to use Saturday’s playoff game, and his players’ refusal to concede victory, as motivation for the rest of their lives.

“It’s a testament to how they hopefully will react when things don’t go their way as adults,” he said. “That’s why I like basketball — it teaches you life lessons.”