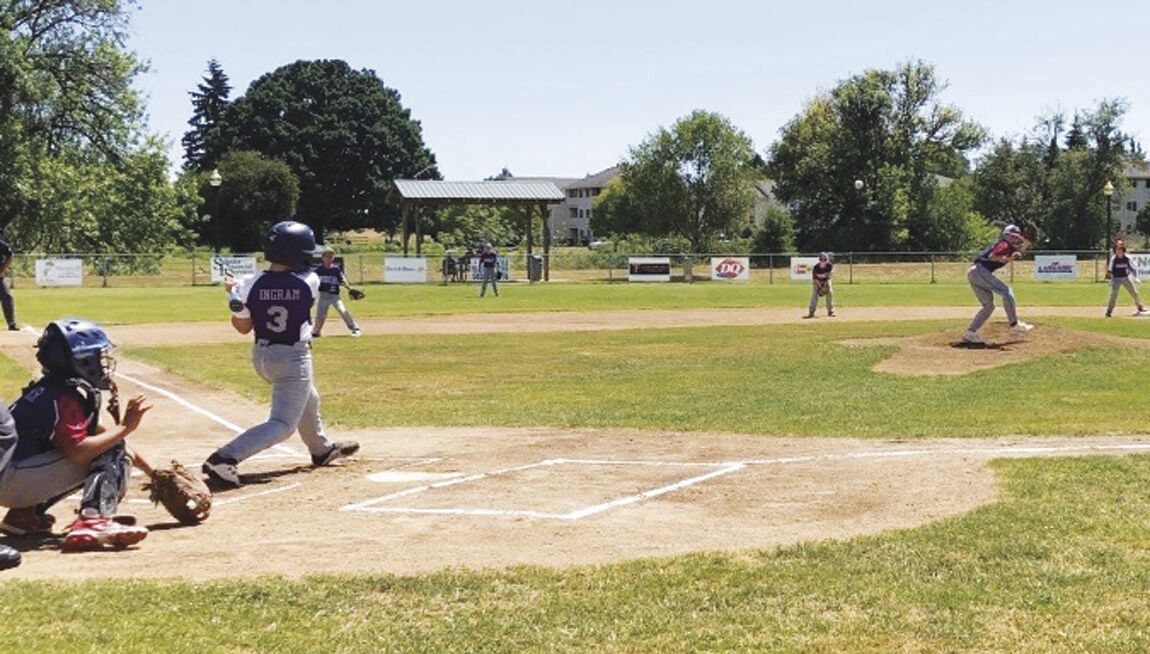 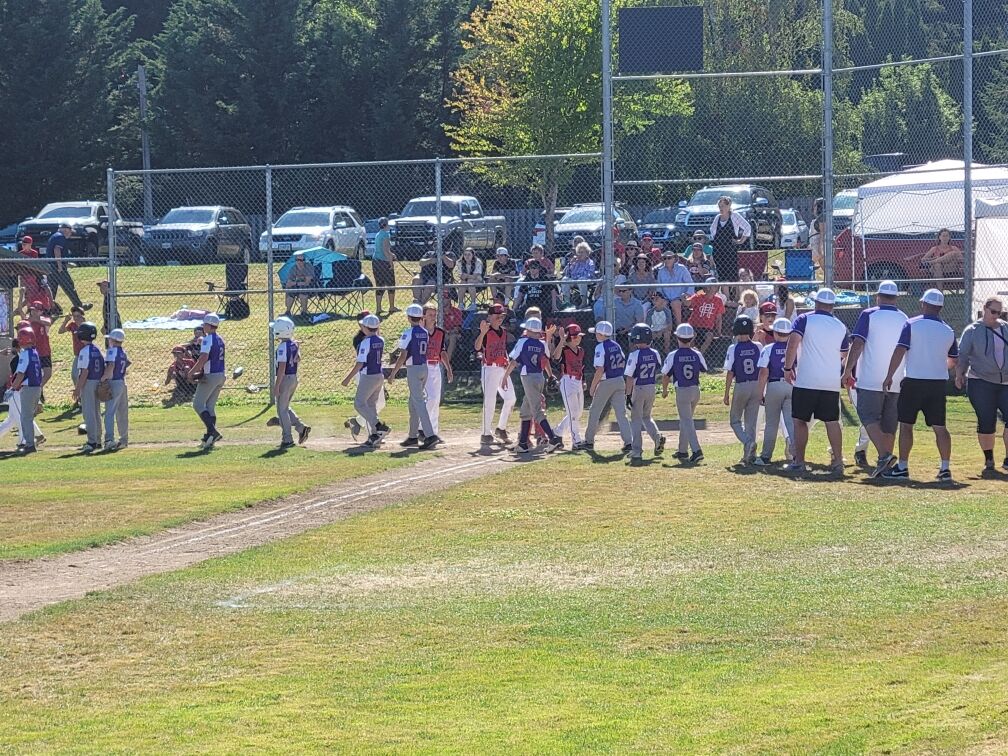 The Baker 9-11-year-old baseball all-star team brought its enthuiasm from winning the District 3 tournament to the state tourney, routing Grants Pass 21-7 in its opening game on Saturday, July 17 at Scappoose.

Baker had a tougher time in its second game, falling 18-2 to Hollywood Rose City of Portland on Sunday.

Baker plays either Klamath Falls or Bend Tuesday at 3 p.m. in the double-elimination tournament.

Briels said some parents told him their kids wore their district championship medals to bed.

Baker could hardly have had a better start at the state tournament, scoring eight runs in the first inning against Grants Pass and then rolling to the win in a game that ended after five innings due to the 10-run mercy rule.

Tucker Reid started on the mound and earned the win, with relief help from Coleman Ingram, Tony Govern and Ambrose Rexroad.

“Tucker Reid started it, Coleman Ingram then came in and pitched phenomenal, both of those two pretty much kept them scoreless,” Briels said. “Then Tony Govern did majority of the pitching, and Ambrose Rexroad came in to close it for us and he did a phenomenal job as well. All four of them did really good.”

“I can’t say enough about their coaching, and their kids, they were classy, great people to play with,” Briels said.

Against Hollywood Rose City on Sunday, Baker scored its only runs in the bottom of the first.

Landon Marlia smacked a curveball for a double, then Reid singled, leaving runners on first and third. Baker then stole second, with Marlia scoring when the Hollywood Rose City catcher tried to throw out Reid at second. The catcher’s throw went awry, and Reid followed Marlia to home plate, giving Baker two runs.

Although Baker didn’t score again, and the game ended after four innings, Brields said he was proud of how much energy his team brought to the game, cheering one another on while maintaining high spirits. He also gave them a pep talk about the importance of having fun.

“Us coaches gave the kids a little speech, we are here to have fun, other than that what’s the point? So let’s do our best, and have a blast doing it,” Briels said.

If Baker wins today, it will play Wednesday at 6 p.m.

For Packers cornerback Jaire Alexander, accolades mean ‘everyone else gets to see what I always thought I was’