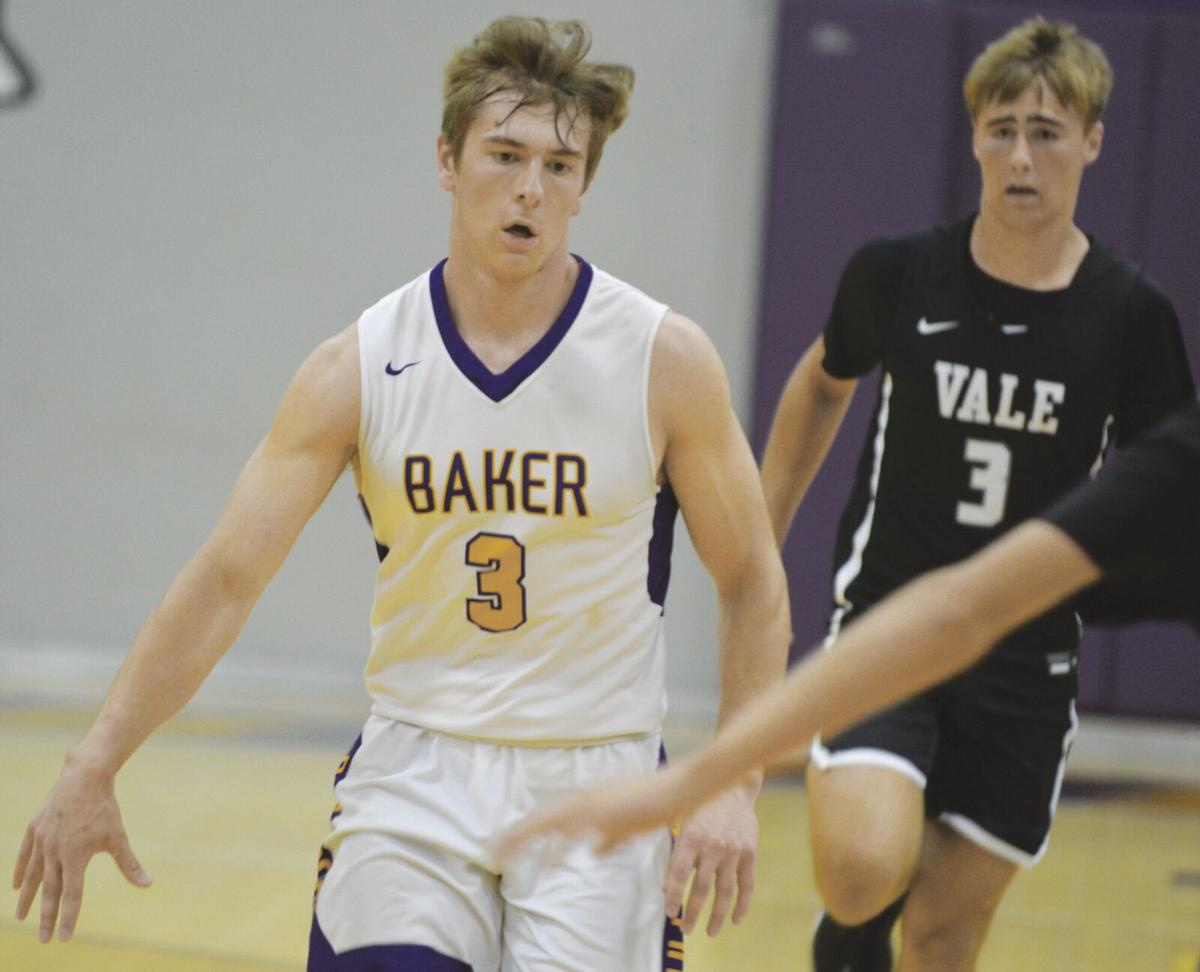 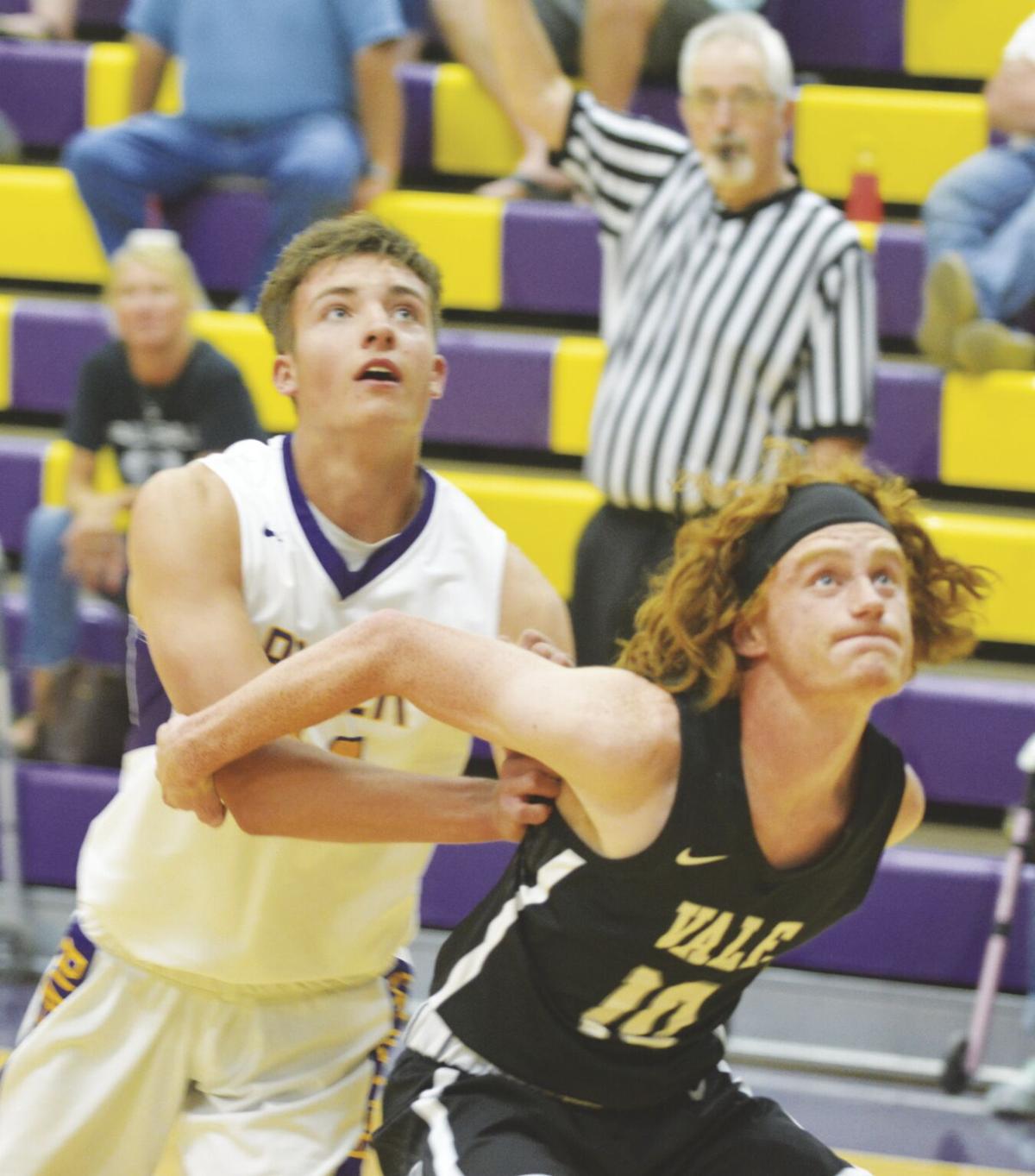 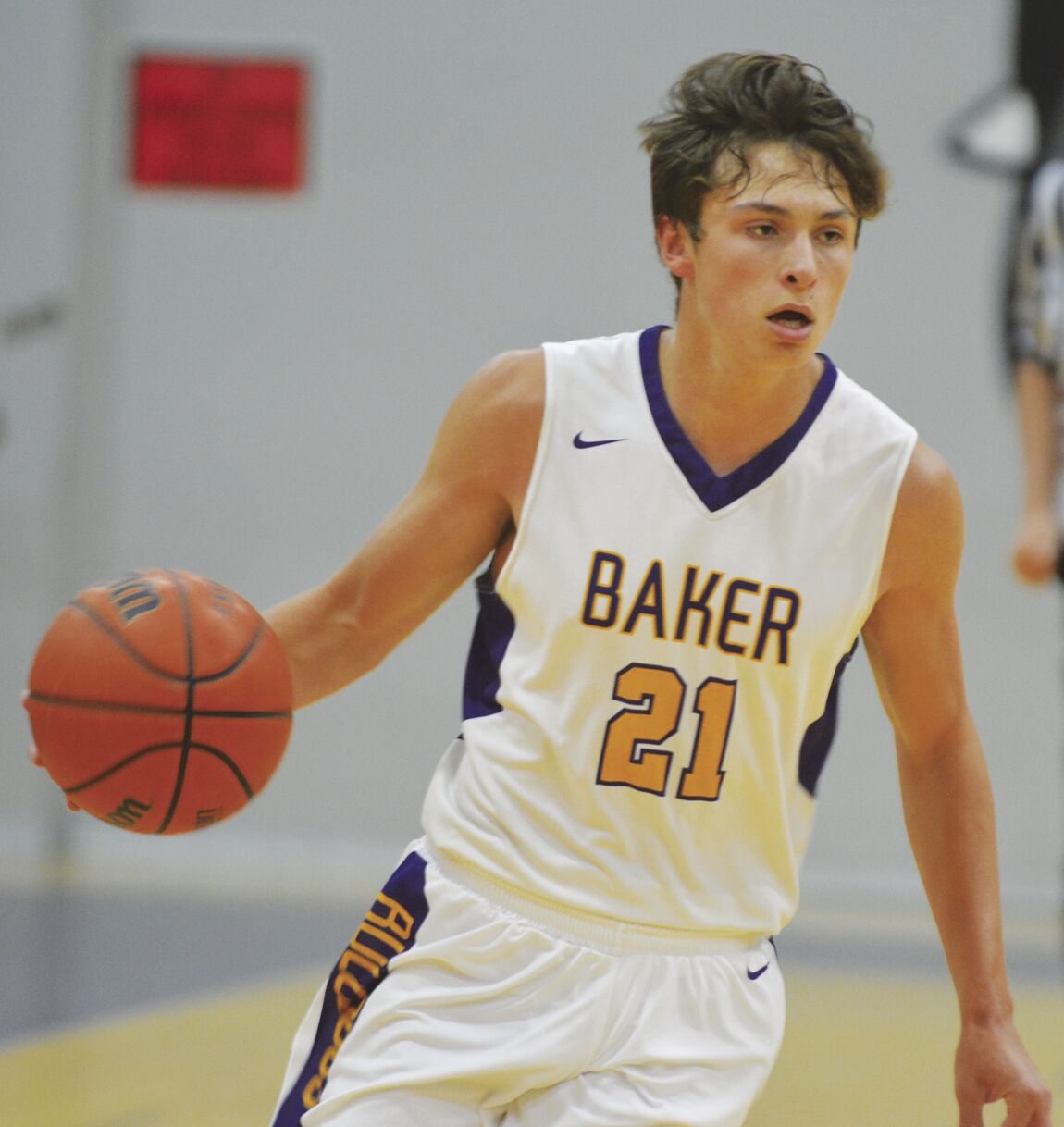 Baker freshman Paul Hobson scored 16 points in the Bulldogs' 79-62 win over Vale on June 17 in the Baker gym.

Baker freshman Paul Hobson scored 16 points in the Bulldogs' 79-62 win over Vale on June 17 in the Baker gym.

Baker finished its season with an 8-3 record.

“If you are a great player you can miss a couple of shots, you just have to keep a good mindset, a fast memory, you miss a shot you just have to move on and get to the next one,” said Gambleton, who topped 30 points for the second time this season.

He scored 35 points against La Grande on June 8.

On Thursday, Gambleton scored 14 points in the first quarter as Baker took a 21-15 lead.

The Bulldogs extended the advantage to 44-36 at halftime.

Tanner Steele, with a team-high 21 points, and Diesel Johnson, who scored 19, kept Vale relatively close until late in the fourth quarter.

“I knew they would play hard no matter what the score was, they hit shots,” Baker coach Jebron Jones said of Vale, which finished its season with a 5-3 record.

Although Gambleton has graduated, Thursday’s win also gave Baker fans a glimpse of what’s to come next winter when the Bulldogs will return to the court for what’s expected to be a normal season.

The rest of Baker’s points were scored by freshmen, sophomores or juniors.

“Next year is going to be a lot different, there’s some younger kids coming up, they are going to be a little bit hungry, and I challenge them to work in the offseason to get better, and we will see if they’d be willing to do that,” Jones said.

Fresh faces: These 5 newcomers could impact the Arizona Wildcats in 2021