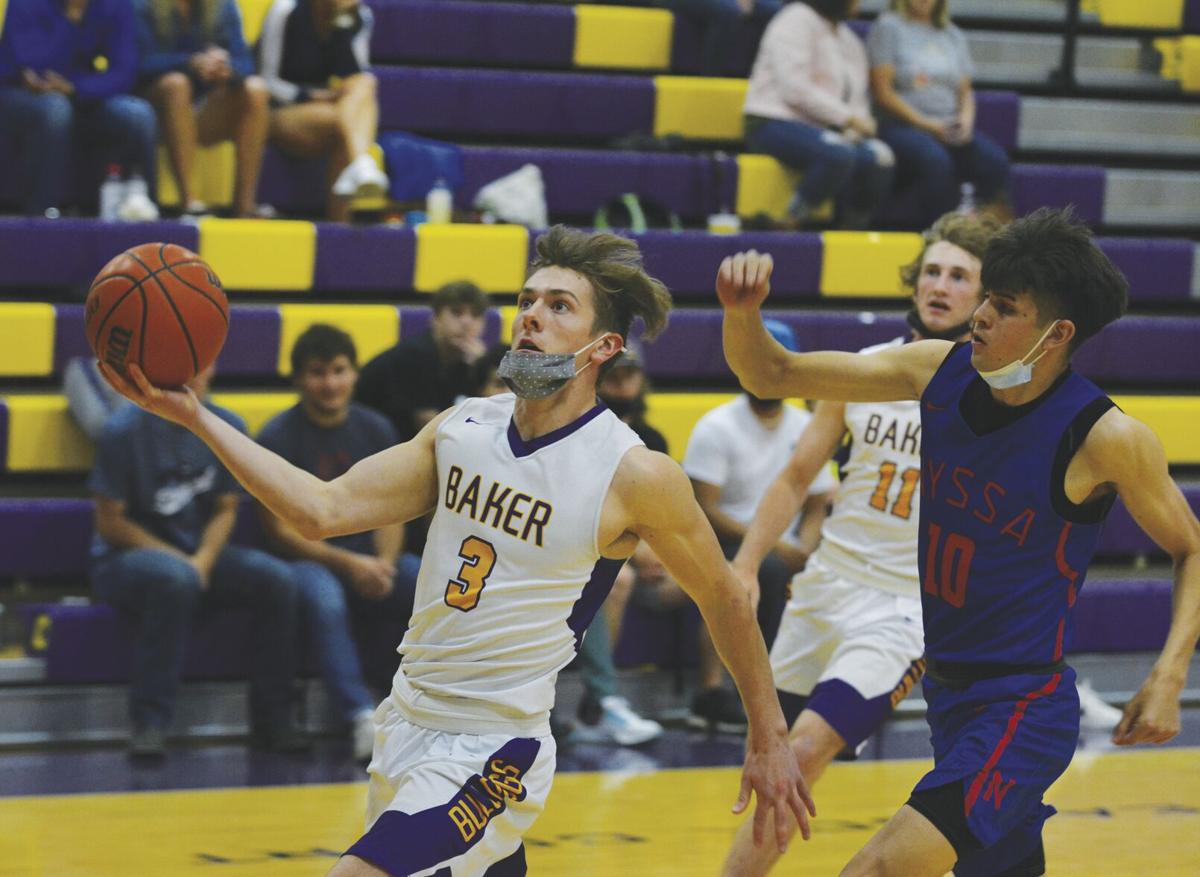 Gabe Gambleton goes to the hoop against the defense of Nyssa’s Nico Gomeza, as teammate Hayden Younger, No. 11, looks on. 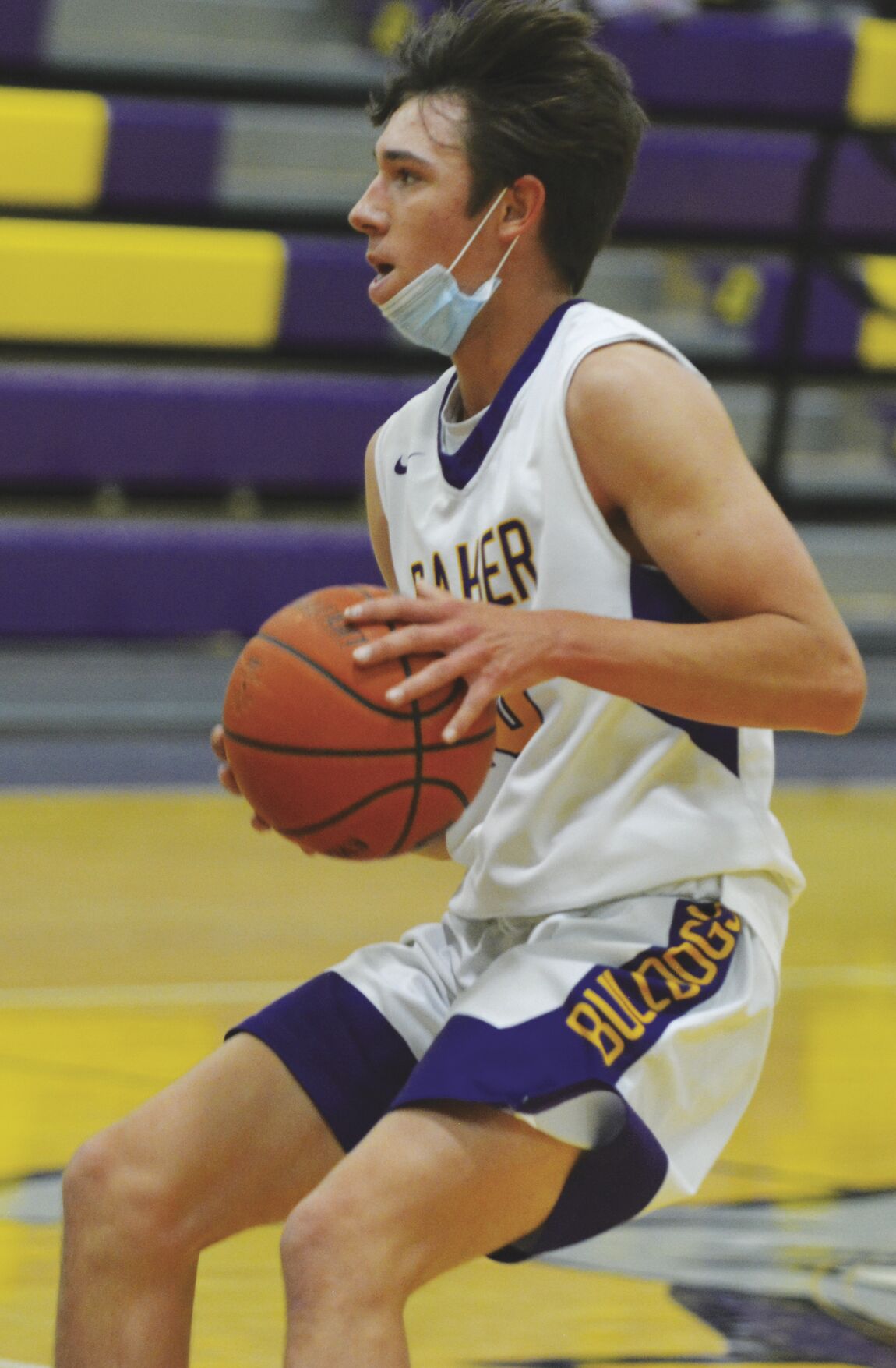 Baker freshman Hudson Spike had 16 points in the Bulldogs' 65-34 win over Nyssa on May 28. Fellow freshman Paul Hobson had 17 points.

Gabe Gambleton goes to the hoop against the defense of Nyssa’s Nico Gomeza, as teammate Hayden Younger, No. 11, looks on.

Baker freshman Hudson Spike had 16 points in the Bulldogs' 65-34 win over Nyssa on May 28. Fellow freshman Paul Hobson had 17 points.

A pair of freshmen led Baker’s offense, as Paul Hobson scored 17 points and Hudson Spike had 16.

Baker coach Jebron Jones, who has coached the two since they were third-graders, wasn’t surprised.

“I know what they are about, and I am proud of them,” Jones said. “Being just freshmen and playing sports on the varsity level is tough, and through two nights so far, they responded really well.”

Jones said he knew Nyssa likes to shoot three-pointers, and he emphasized the need for Baker defenders to force Nyssa to look inside for points.

“We wanted to push them off the three-point line as much as possible to force them into the key, where we are a little bit bigger than they are, and hopefully they would take bad shots or (make) suspect decisions,” Jones said.

Baker turned a seven-point lead after one quarter to 19 points at halftime after holding Nyssa to just five points in the second quarter.

Meanwhile, Jones was encouraging his players to pass up three-point shots in favor of higher percentage, closer attempts. He said the Bulldogs relied too heavily on long shots in a 79-69 loss to La Grande on May 27.

“I told them we shot way too many three-pointers, and I told them that lay-ups deflate teams,” Jones said. “I think we scored a lot of lay-ups (against Nyssa).”

Despite the big halftime lead, Baker maintained the defensive pressure, holding Nyssa to eight points in the third quarter.

“I told them I was proud of them for how hard they played,” Jones said.

Baker travels to Vale today to take on the Vikings.

Life in the Red: A four-star, late-June official visitor for the Huskers