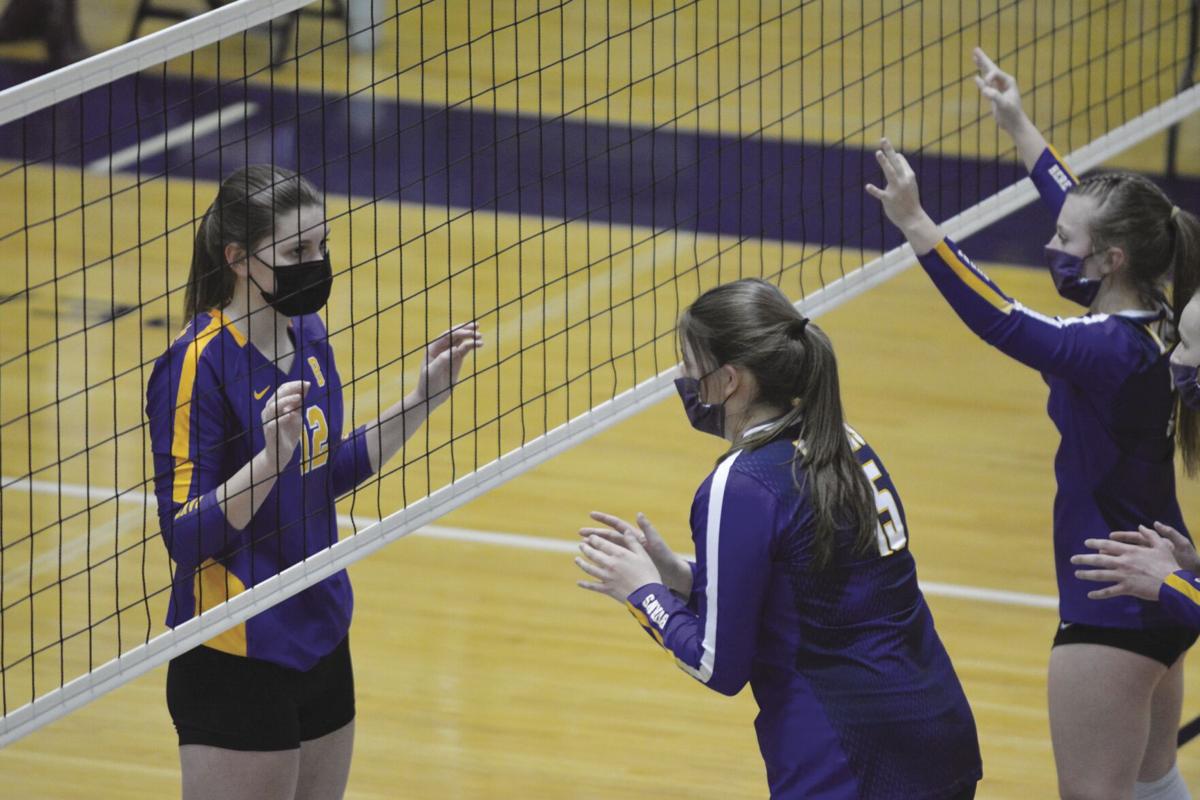 Baker’s Jozie Ramos, left, waits for action at the net during the Bulldogs’ match against Burns on Tuesday, March 2, in the BHS gym. Burns won the match in five sets. 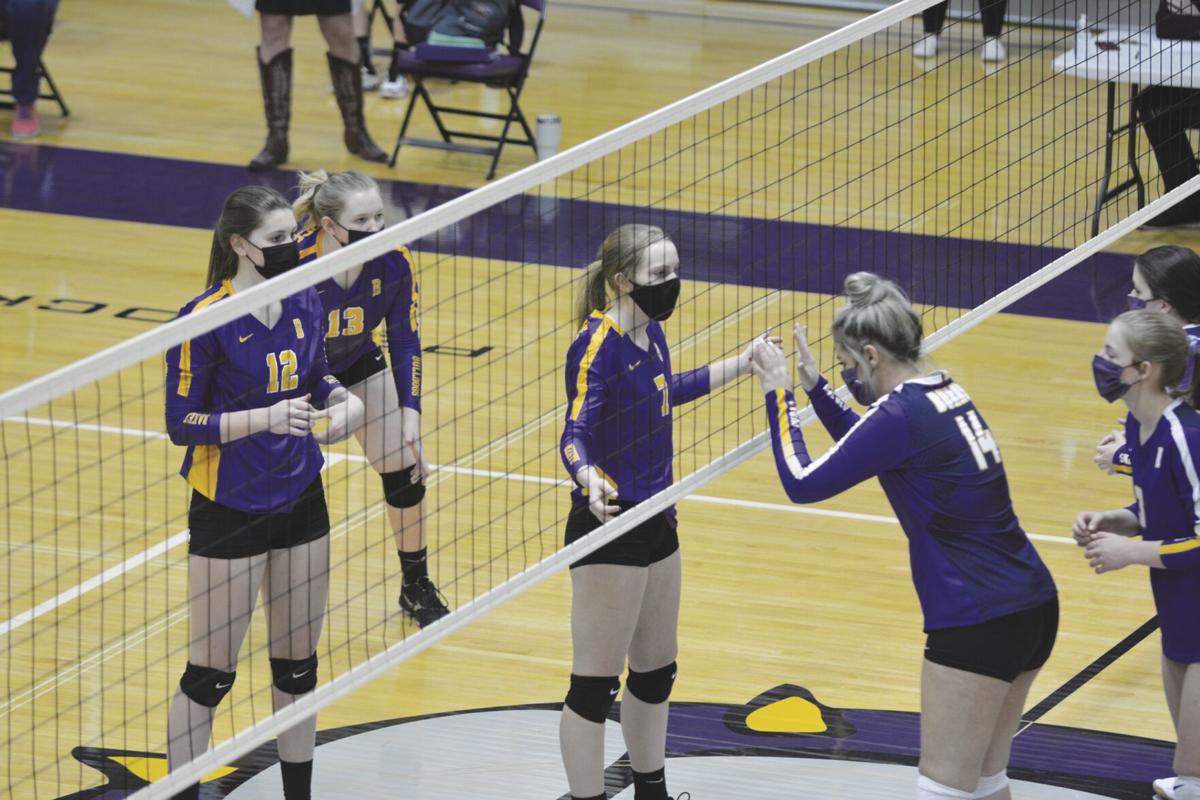 Baker’s Jozie Ramos, left, waits for action at the net during the Bulldogs’ match against Burns on Tuesday, March 2, in the BHS gym. Burns won the match in five sets.

The Baker volleyball team started its shortened season Tuesday evening with a hard-fought five-set loss to the Burns Hilanders in an unusually quiet Baker gym, with spectators not allowed due to the pandemic.

With just a week of practice to prepare, sophomore Jozie Ramos said she was anxious about returning to the court for the first time in more than 15 months.

“I was personally excited but I was also nervous because we only had a few practices, and I didn’t really know what to expect,” Ramos said.

After splitting the first four sets, with Baker winning the middle two, the teams moved to a winner-takes-all fifth set.

Baker took a three-point lead early, but the Hilanders rallied to win the deciding set, 15-10.

Despite the loss, Baker coach Ali Abrego said she was happy with the Bulldogs’ effort.

“I think it goes to show their character, that they are not going to give up anything without a fight,” Abrego said. “I am very pleased with what I saw, I think it’s very promising.”

Although Burns competes at the Class 3A level and Baker is a Class 4A school, the Hilanders are one of the top teams in their classifications.

Burns returns eight players from the team that went 26-8 and advanced to the Class 3A state tournament in 2019.

In the opening set Tuesday, Baker and Burns played to an 18-18 tie before the Hilanders raced to a 25-21 win.

Abrego said that during the break between the first and second sets she encouraged the Bulldogs to stay focused.

“It’s really hard to keep your momentum, keep your energy and keep your focus, so taking that as an opportunity to be mentally tough and to not give up when we have them,” Abrego said. “I think that when we get a rhythm it’s great but we are still young so keeping a rhythm is still something that we will be working on all season.”

Ramos said the Bulldogs were more energetic during those two sets.

“It really brought the energy up and made it feel kind of normal, we were making our own energy, making plays and just feeding off of each other,” Ramos said.

Abrego said she was impressed by Ramos, who she chose as team captain.

Ramos not only was landing serves consistently, but she also set up her teammates for scoring opportunities.

“She puts the team above herself, she’s always hustling, she’s always setting an example of what it means to be a Baker Bulldog and I’m excited she’s only a sophomore, she’s very gifted, a very good-hearted kid,” Abrego said.

With Baker holding a 2-1 set advantage, the Hilanders rallied with a dominating performance in winning the fourth set, 25-8.

Looking ahead to the rest of the season, which includes 11 more matches through April 5, Abrego said Baker needs to strive to be mentally sound and to avoid making self-inflicted mistakes.

Ramos said the Bulldogs will also benefit from having more matches to get used to playing with each other.

“We just need to communicate and go for the ball and not be scared,” Ramos said. “It was really good to play again with teammates and we haven’t done that in a while so I’m just happy we got a game not knowing if we had a season. I’m just looking forward to improving each game and getting closer with my teammates.”

The Bulldogs return to action this evening, March 4, by traveling to North Powder where they’ll take on Powder Valley at 6:45 p.m., followed by a match against Union around 8 p.m.

Links to live streams of matches are available on the Baker Bulldog Nation Facebook page, https://www.facebook.com/bhsbulldognation

Pondering the portal: What positions might Nebraska add to with its final two scholarship spots?

Missouri softball heads to Tennessee to finish out regular season