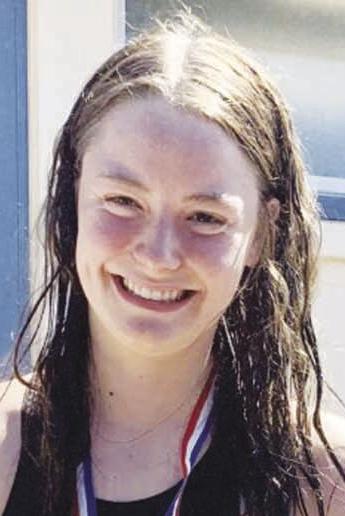 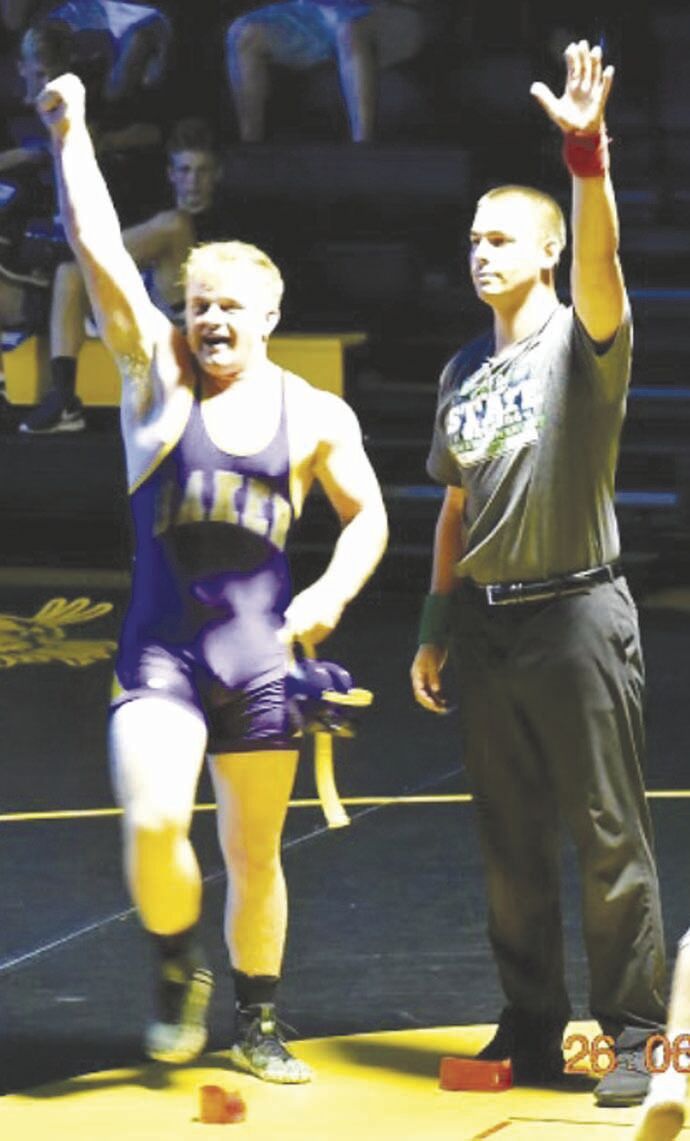 Both excelled despite a shortened season that took place not during winter, as is typical for wrestling and swimming, but during late spring and summer, due to the pandemic.

Bloomer capped an unbeaten season with a state title at the Class 4A tournament at Cascade High School in Turner, near Salem.

He won the title just three days before his 18th birthday.

After winning his weight class in the regional tournament at La Grande, Bloomer was the second seed for the state tournament, which wasn’t sanctioned this year by the Oregon School Activities Association.

Bloomer started the tournament by pinning Tillamook senior Rafael Martinez in 32 seconds, then winning 12-3 over Jaime Cruz, a senior from Woodburn.

In the semifinal round, Bloomer took on graduated senior Ethan Richards of Mazama.

What took place on the mat between Richards and Bloomer is something that Young couldn’t describe as anything but a war.

“He (Bloomer) had a couple of opportunities to score, and didn’t quite get it done, and then the kid (Richards) got a reversal on us, to tie it up 2-2, so they were pretty much neck and neck all the way through the entire match,” Young said.

The match went into overtime, and Bloomer finally prevailed, 8-6.

“That was a really tough one, that was close, we went into overtime and I barely beat him,” Bloomer said.

The win propelled him into the championship match against Estacada junior Jackson Turner.

Staying with his usual pre-match routine, Bloomer put his headphones on, and shredded his air guitar solo moments before stepping onto the mat.

“I was focused and relaxed, I knew if I tried to change things, I don’t think my brain would of handled it, I probably would of done something dumb and lost the match,” Bloomer said.

After the first three minutes, Turner was leading, 4-2.

But just 30 seconds into the second round, Bloomer was able to land a throw to get Turner onto his back, shoulders to the mat for a three-count, officially claiming a state title. When the official raised his hand, Bloomer felt a tremendous weight leave his shoulders.

“I didn’t know what to do, I just ran over to Coach Young and gave him a hug,” Bloomer said.

Young remembers that hug being more like a tackle.

“He came and just jumped all 195 pounds of muscle, jumped into my arms,” Young said.

After a year of sports being uncertain, with fall sports being postponed and football, in which Bloomer is a top Bulldog running back, not starting until late winter, Bloomer was happy to have his parents and grandparents in attendance to watch the win.

“It was really cool having them there, it was awesome,” Bloomer said.

With a state title in hand, Bloomer still has another season of wrestling to look forward to this winter, and he’s already ready to get back to work.

“Going into senior year I’ll probably just keep doing what I am doing before my matches, play my air guitar and have the same mindset,” Bloomer said.

Bloomer expressed his gratitude to Young, and he credits Young for getting him into wrestling.

Back on the podium for Stadler

For the third consecutive year, Stadler left the state swim meet as a champion, winning the 200 individual medley and 100 butterfly to increase her tally of state titles to four.

Though facing a smaller pool of talent this year with just members of the 4A conference (state swim meets normally consist of 1A-4A competitors), Stadler went into the state meet with no expectations.

“This was the first meet that times actually would count for USA Swimming and for colleges because the other ones for high school weren’t actually sanctioned, I was just kind of wanting to see where I was at,” Stadler said.

After competing with her teammates in the 200 medley relay, finishing fifth alongside graduates Salena Bott, Avril Zickgraf and her fellow incoming seniors Caitlin Lien and Sydney Lamb, Stadler moved onto her next event, the 200 individual medley.

Going back and forth with senior Malia Hewitt of Sweet Home, Stadler touched the wall four-tenths of a second ahead.

“I almost lost that one,” Stadler said. “There was this girl (Hewitt) that raced it last year, and she ended up with a faster time last year than my PR’s. I was ahead of her in the butterfly and the backstroke, but I am not really good at the breaststroke so she passed me on that. She was really good and it was a really close race at the end,” Stadler said.

Excited about her victory, Moe saw Stadler go into a brief moment of bliss, but immediately composed herself to cheer on the others.

“She is a really shy person, she never brags on herself, so you can see herself super happy, jumping up and down, but when she got back to the table, she got super quiet about it,” Moe said.

Stadler knows how much each swimmer at the state meet has sacrificed in the water to be successful.

“That one (200 individual medley) was really exciting for me because I wasn’t expecting to (win), but I also try to be respectful of the other athletes because I don’t want to be overly excited when someone else might have not had the best swim,” Stadler said.

Stadler returned to the pool to compete in the 100 butterfly — the same event she won in the 2020 state meet.

She maintained a sizeable lead for much of the race, winning by nearly two seconds over runner-up Layla Bretz of Newport.

“I was actually pretty far ahead, by the first wall I was either in first or really close to first,” Stadler said.

After winning a single event in her first two trips to the state meet, Stadler had doubled her title total.

But she said this year felt different, in part because the experience wasn’t new.

“Freshman year that was like my big, big one because I won the state record that year in our division, so that one was definitely more exciting,” Stadler said. “I was happy but I was just mostly happy with my times, because place wise it wasn’t as competitive (due to not competing against opponents from 1A-3A conferences).”

“I was really not expecting to PR because we haven’t been swimming as much, and our season was a lot shorter, but I definitely did better than I thought I was going to, ” she said.

Now with one year left swimming for Baker, Stadler’s main focus is improving her times as she works toward a goal of continuing her swimming career in college.

“I don’t know exactly where I want to go (to college), I have been looking at a lot of the higher up D1 schools, but I need to have just a touch faster of times, which I think I can do by next year hopefully,” she said.

Stadler said she was proud of her teammates’ performances at the state meet as well.