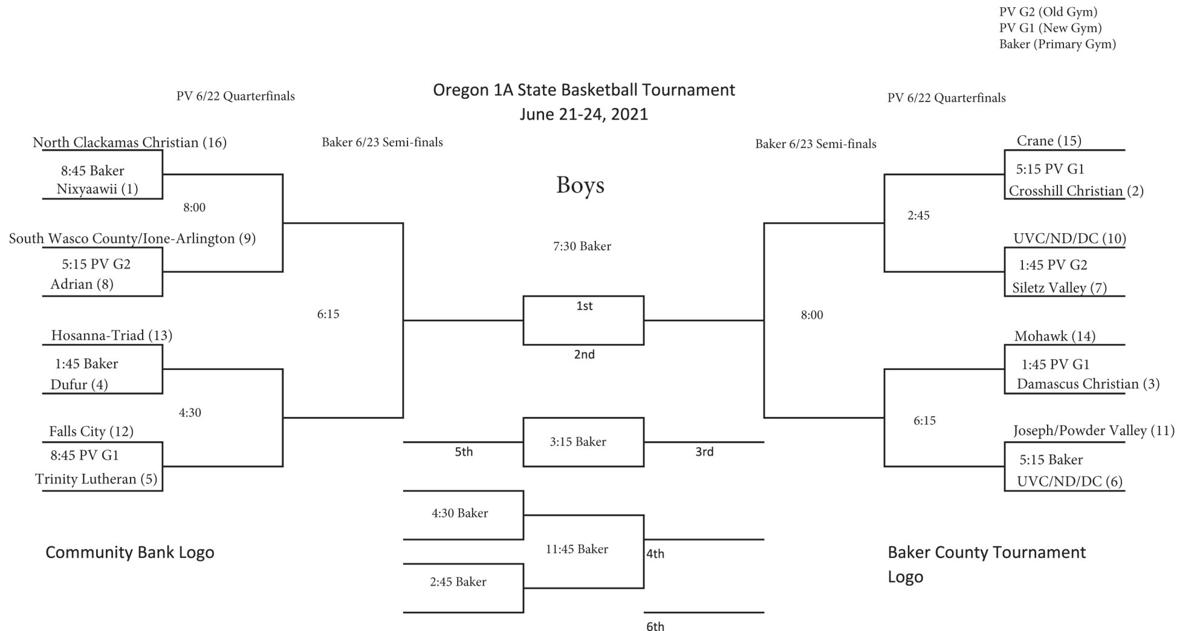 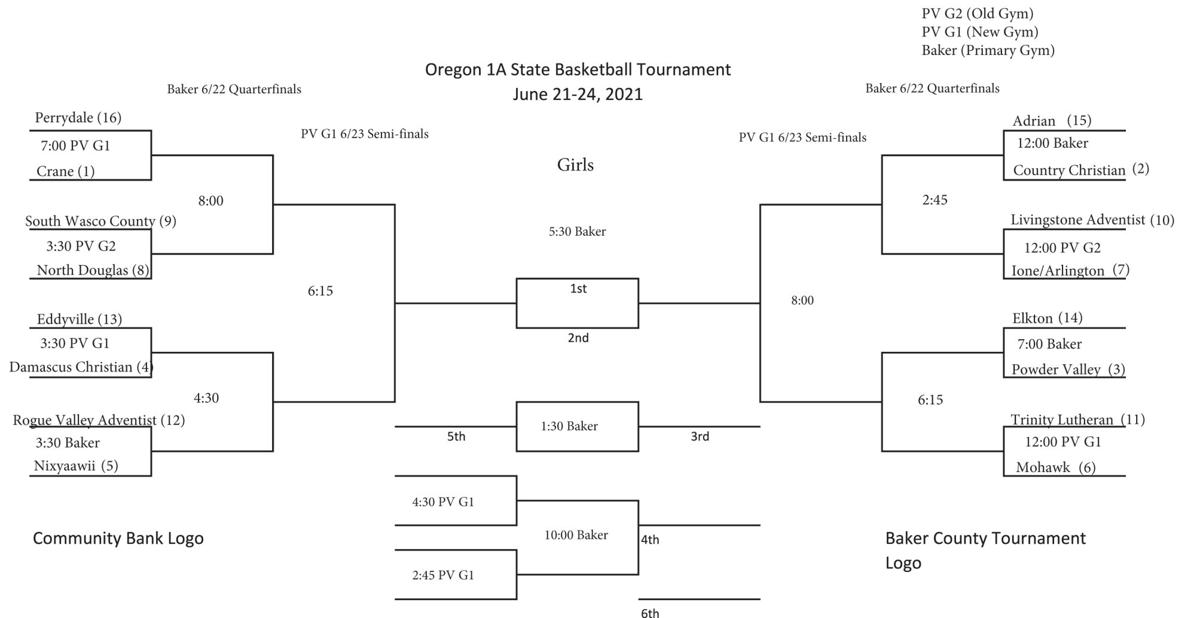 In what has been a tumultuous indoor sports season, Class 1A basketball teams will still get a proper postseason experience this year.

Baker High School and Powder Valley High School will welcome 16 boys teams and 16 girls teams for the Class 1A state tournament from Monday, June 21, through Thursday, June 24. The double-elimination tournament will be hosted at both schools and run simultaneously in the early rounds, leading up to a champion being crowned.

“My approach has been, I want to do the best I can for my seniors and my families because they’re missing these opportunities,” said Buell Gonzales Jr., athletic director for the Baker School District.

The start of the 2021 indoor sports season was delayed several times and the season has been a challenge with spring sports and events going on at the same time.

Baker will host games throughout all four days of the tournament, including the championship matchups. Powder Valley will hold contests through the semifinals, with some games running simultaneously in the school’s secondary and main gymnasiums.

“Everything is coming together really well and I’ve been impressed by everyone’s efforts so far,” said Powder Valley Athletic Director Brad Dunten.

The 1A boys and girls teams will each compete in a 16-team, double elimination bracket. The tournament will not be an official 1A state tournament, according to the Oregon School Activities Association, but the Baker and Powder Valley athletics directors are aiming to conduct the tournament like any other season.

“We’re just trying to do the best that we possibly can to make it as close to what the original would have been like and honor their efforts and celebrate the kids,” Gonzales said.

The brackets are slated to include the two top teams from each Class 1A conference, but opt-outs and summer commitments play a role in which teams can attend. The Crane girls basketball team is the reigning champion on the girls side, while Damascus Christian won in 2020 on the boys side.

Powder Valley will compete on the girls side as the No. 3 seed, while the boys team is still waiting on end-of-season results. Allen Bingham’s girls squad will tip-off against Elkton at 7 p.m. June 21 at Baker High School.

The championship games on June 24 will be at Baker High School with the girls set for 5:30 p.m. and the boys tip-off scheduled for 7:30 p.m.

Both schools will hold attendance to 50% capacity for the games in order to comply with state and county guidelines for indoor events. Masks will be required for spectators in attendance unless vaccinated for COVID-19.

“You’ve just got to stay organized and follow the guidance with all the regulations,” Gonzales said. “Then, we try to clearly communicate that.”

Baker County Tournaments is hosting the 2021 1A state tournament, as they have in years past. The organization will be in charge of tickets, score-keeping, announcing, trophies and other matters related to the tournament.

With so many teams traveling for the tournament, Gonzales anticipates coaches and athletes lodging across Baker and Union counties. Due to the influx of travel during the summer, several teams have informed Gonzales that they will be camping or staying in RVs for the duration of the tournament.

Each team will compete in three games regardless of results of the first round, with losing teams playing for a chance at redemption in the consolation bracket. Nixyaawii (11-1) enters the 1A tournament as the top seed on the boys side, while Crane (8-0) is the top-seeded girls team.

“Athletics were my world at that age and I wouldn’t be what I am without that,” Dunten said. “It’s a great opportunity for some closure at the end of the season.”

Steven M. Sipple: If college football's muck gets to be too much for you, there's always Netflix