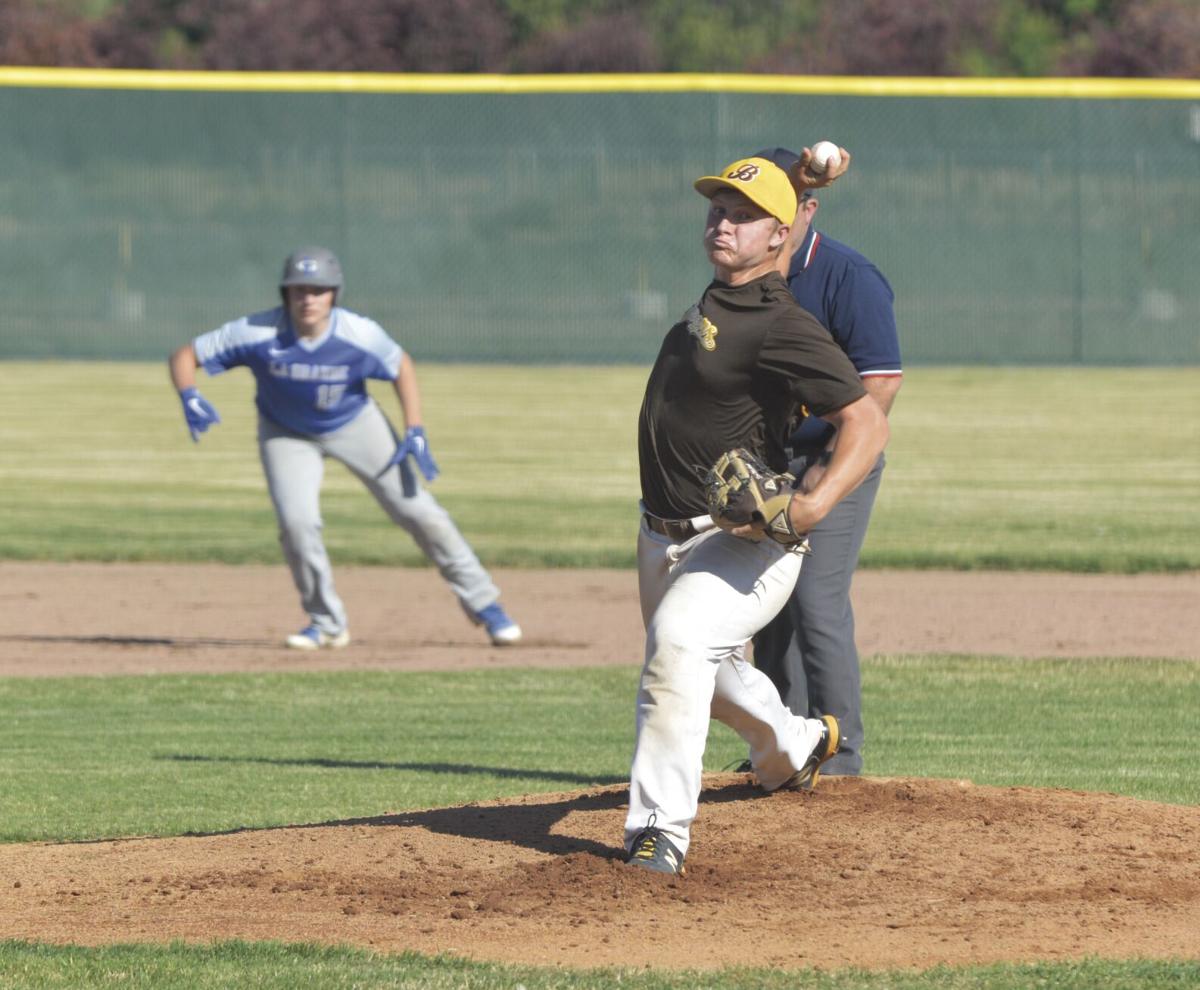 Sam McCauley earned the win on the mound in the first game Wednesday. 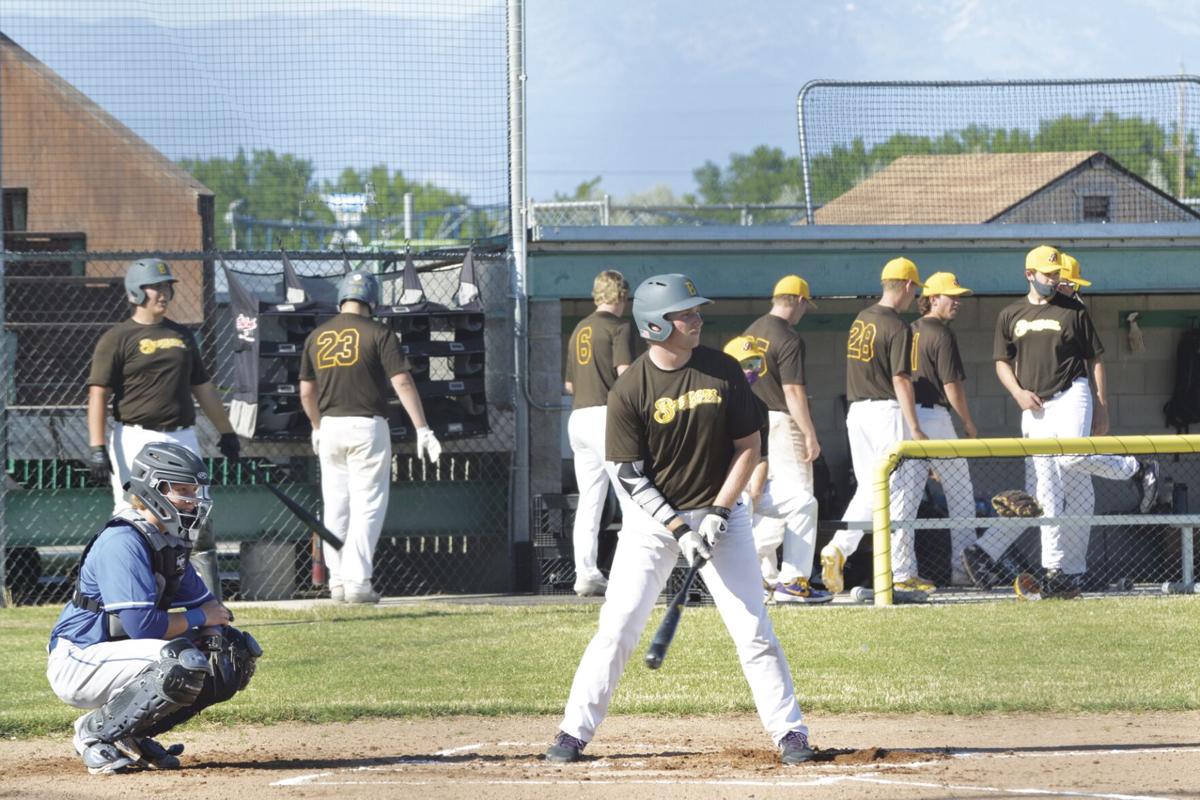 Sam McCauley earned the win on the mound in the first game Wednesday.

While preparing on the field, Al McCauley, assistant coach for Baker’s 18U summer baseball team, knew the Brewers were excited to be back on the field after the pandemic canceled the spring high school season.

That they were playing their rivals from La Grande added to the anticipation.

“We are looking at any day we can step on the field is a bonus for us right now so the kids were pretty excited that they got to play La Grande,” McCauley said.

The Brewers took advantage of the opportunity to sweep the doubleheader, 8-4 and 12-11.

In the opener Sam McCauley, the coach’s son who graduated last month, took the hill against the Legends.

Finding himself in the middle of a pitchers’ duel, Sam remained focused.

“Something that didn’t really go my way is I struggled a little bit getting behind in my counts,” Sam said. “I’ve worked on developing my changeup for a long time, and I finally was able to use it to the best of my abilities.”

Head coach Tim Smith was impressed by Sam’s performance in his first start of the abbreviated summer schedule, which started July 1 and will continue through Aug. 8.

“We didn’t get to see him in the spring, it was going to be that kind of year,” Smith said. “I was impressed with the way he came out, I thought he handled it well.”

Every pitcher’s job gets a lot easier when their team puts runs on the board, and the Brewers gave Sam a boost.

After scoring one run early, Baker broke the game open with 7 runs in the fourth inning to increase their lead to 8-0.

Smith was pleased with the performance at the plate by recent graduate Spencer Smith, the coach’s son, and Hayden Younger, who will be a junior this fall.

Younger was 1-for-3 and drew one of Baker’s five walks.

“I was happy to see the bats come alive, I thought we swung it well,” Coach Smith said. “I thought we did a great job of rolling the order over.”

La Grande rallied late but Baker held off the Legends.

In a reversal of the opener, La Grande took an early 7-0 lead before Baker rallied.

“It maybe felt like a little bit of a letdown (and) they have some really good pitching,” Smith said.

The Brewers still trailed 10-2 in the sixth inning before rallying.

Sam McCauley and incoming senior Mason Van Arsdall had key hits as Baker came back to win 12-10 and complete the sweep.

Coach McCauley also credited Baker’s patience at the plate. The Brewers combined 17 walks and hit batters in the doubleheader.

“That’s what really got us back into the game, with some free passes and then got some timely hitting,” Coach McCauley said.

Sam McCauley was 3-for-4 with 2 RBIs and two runs scored. Jake Wright went 2-for-4, including a home run, and had 3 RBIs.

Van Arsdall drove in a pair of runs and Younger had an RBI.

Sam McCauley said that although he’s disappointed about missing his senior season, he’s excited about the direction Baker baseball is heading. He said he has seen major improvements from his younger teammates.

“I think that is the best we’ve hit in maybe like ten games, and I’m glad it was against La Grande,” he said.

Coaches and players are taking several steps to reduce the risk of COVID-19 infections during the summer baseball season. Prior to each game and practice, all players’ temperatures are checked. They are expected to be transparent about how they are feeling, and if they have felt the slightest of symptoms related to COVID-19, they are asked to leave immediately.

While out in the field, players are not required to wear a face mask, whether hitting or fielding. However, when they are in the dugout they wear a mask or maintain 6 feet of distance, and handshakes, high-fives and other physical contact isn’t allowed.

When it comes to baseballs, bats and other equipment, each team brings its own and there is no sharing. For baseballs specifically, when one team is on defense, it provides the balls used.

Fans are allowed to watch the games, as long as they are willing to practice social distancing. At the Baker Sports Complex, fans are prohibited from sitting in the bleachers, which are closed by strands of tape. Fans are welcome to bring their chairs and blankets to enjoy the game.

The home plate umpire is standing farther behind the catcher than usual while calling balls and strikes.

Missouri football players gearing up for challenges on, off field