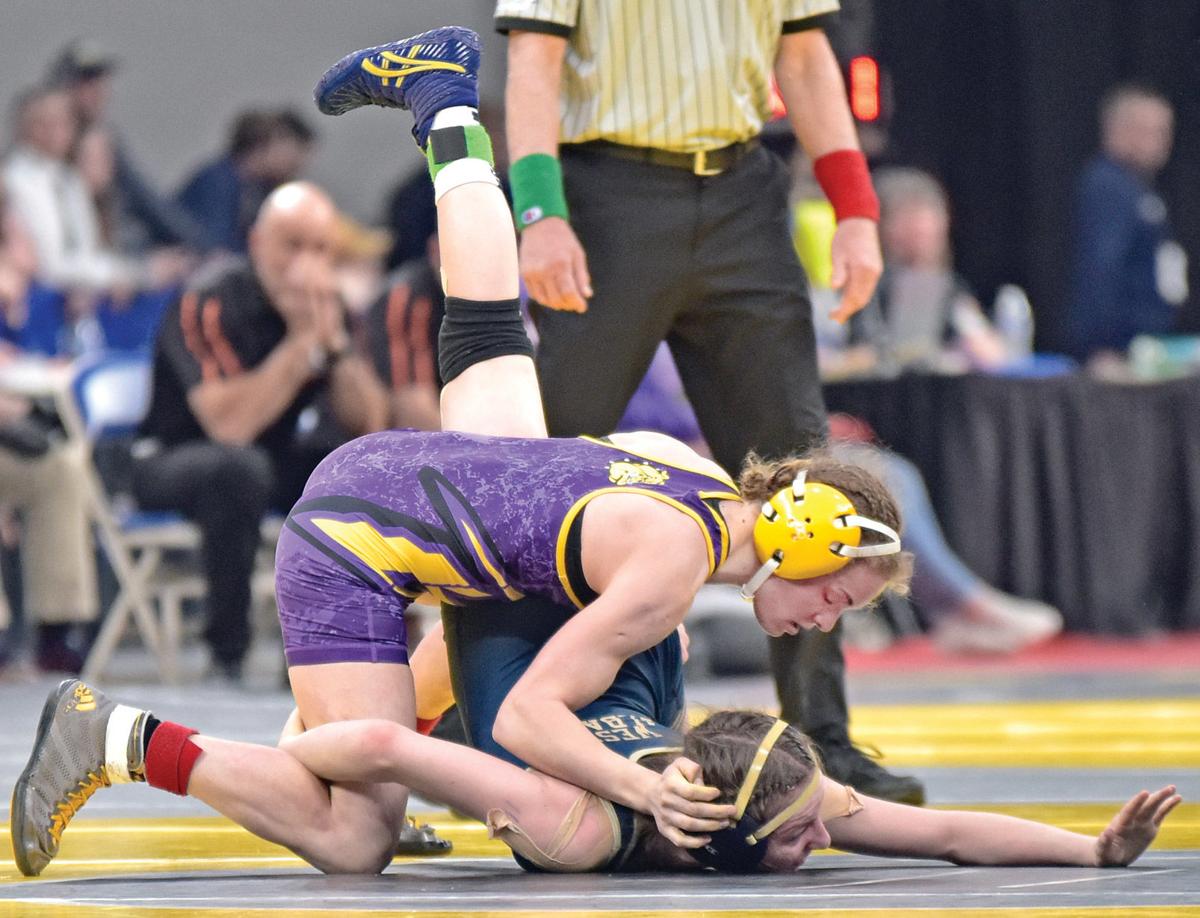 Baker’s Sydney Keller was in control of the championship match against West Albany’s Emily Alvis Saturday at Portland’s Memorial Coliseum. 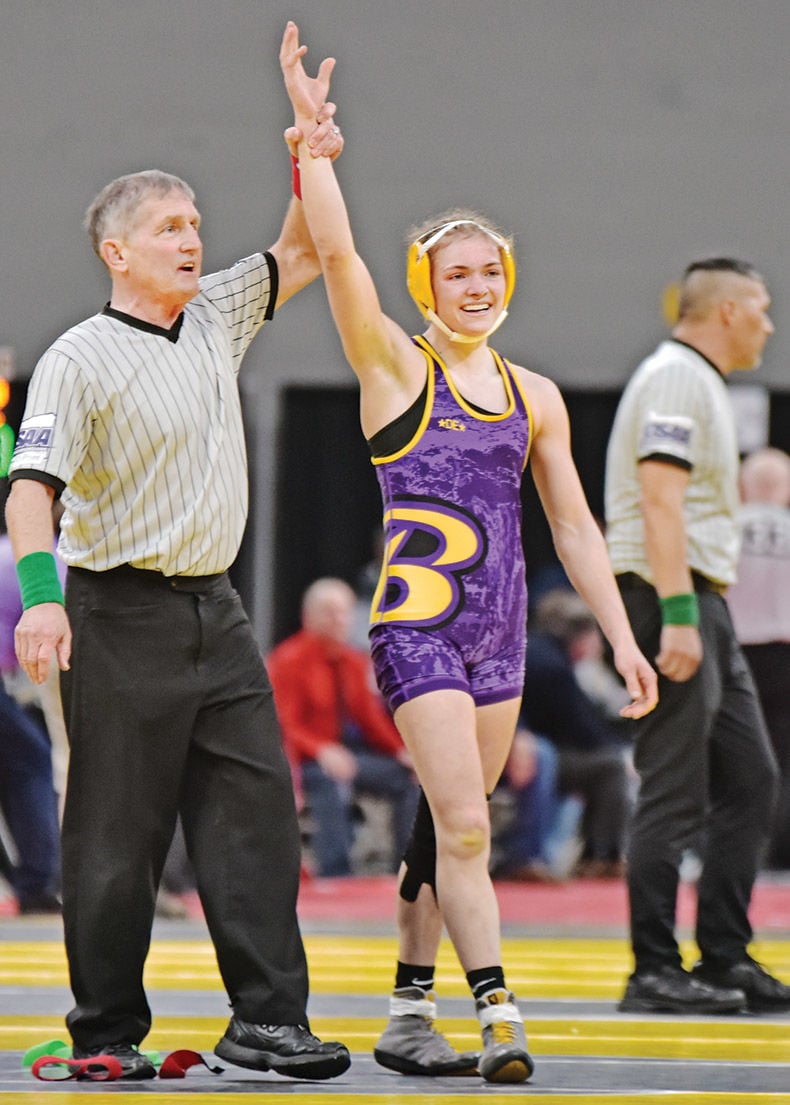 Though often seen on the basketball court this winter, Baker junior Sydney Keller strapped on the head gear and headed for the wrestling mat whenever she could.

Though basketball was her primary sport — she’s a starting guard on Baker’s 2nd-ranked hoops team — she overcame the challenges of maintaining her commitments in each sport.

“A lot of time management and not tiring out my body too much in the process,” Keller said.

It worked, as Keller, despite wrestling only part time this winter, beat West Albany’s Emily Alvis by 14-2 major decision Saturday night in Portland to win the Class 4A state title at 115 pounds.

After winning two earlier matches to advance to the finals, Keller was able to rest most of Saturday.

“I was just trying to get mentally focused and trying to go out there to give it all I had,” she said.

Keller’s state title victory is a first for Baker’s girls wrestling program, which is in its first year.

Keller said she was happy to bring back this win to the program.

“It’s great to bring back to our team and the coaches,” she said. “It’s another accomplishment to add on to our program we have here.”

The Keller family has written more than one of those chapters.

Wrestling is threaded in the DNA of the Kellers. Sydney’s older brother, Clay, was a two-time state champion for the Bulldogs, winning the individual title at 160 pounds in 2018, and the 145-pound title in 2017.

Clay Keller is a member of the Naval Academy’s wrestling team.

Sydney, who has another brother, Rowdy, who wrestles for Eastern Oregon University, said she knew she could become a stronger competitor if she took some tips from her older brothers.

“Wrestling just came on the weekends and anytime my brother (Rowdy) came home (he) worked with me,” Sydney said.

Keller compiled a match record of 12-1 this season. By contrast, Alvis, her opponent in the championship match Saturday, was 30-3 on the season.

“It’s pretty incredible especially with what she is putting herself through,” Young said. “She’s just so driven. She is the toughest girl that I have ever known.”

Keller will return to the hardwood this Friday at BHS when the Bulldogs play host to Gladstone at 8:30 p.m. with a berth in the state tournament on the line.

The Back Page — Episode 4 with special guest Caitlin Lowe

Will the pandemic prevent Arizona’s Schooler brothers from teaming up in Tucson?