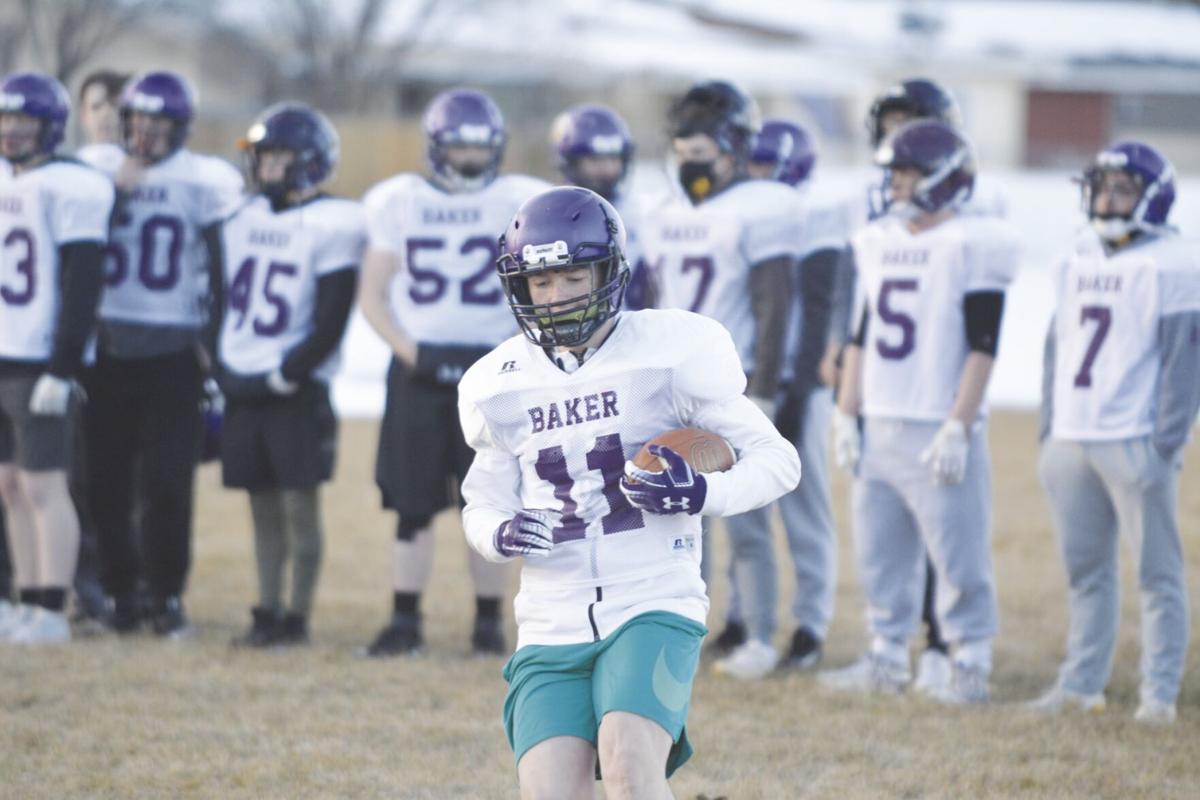 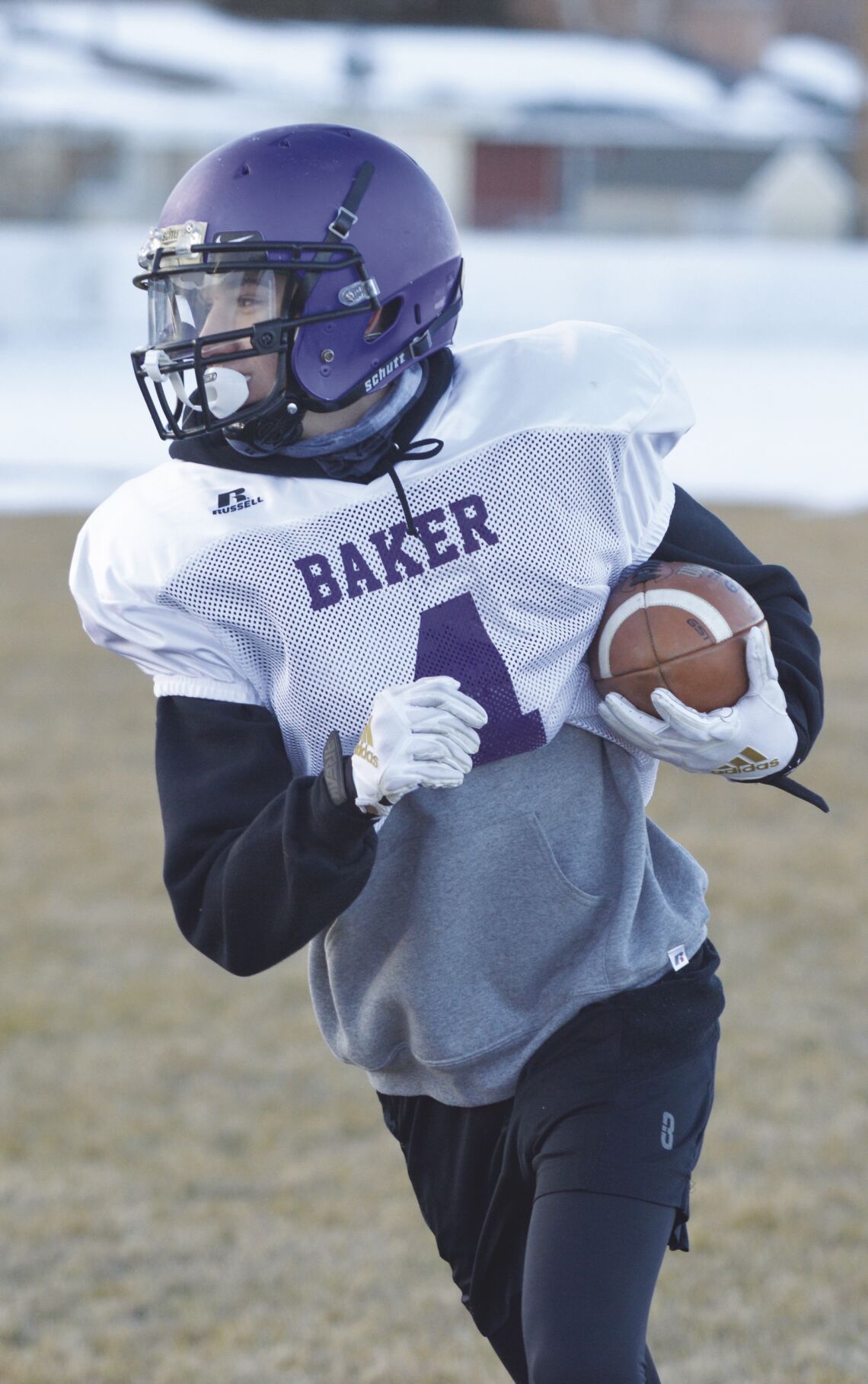 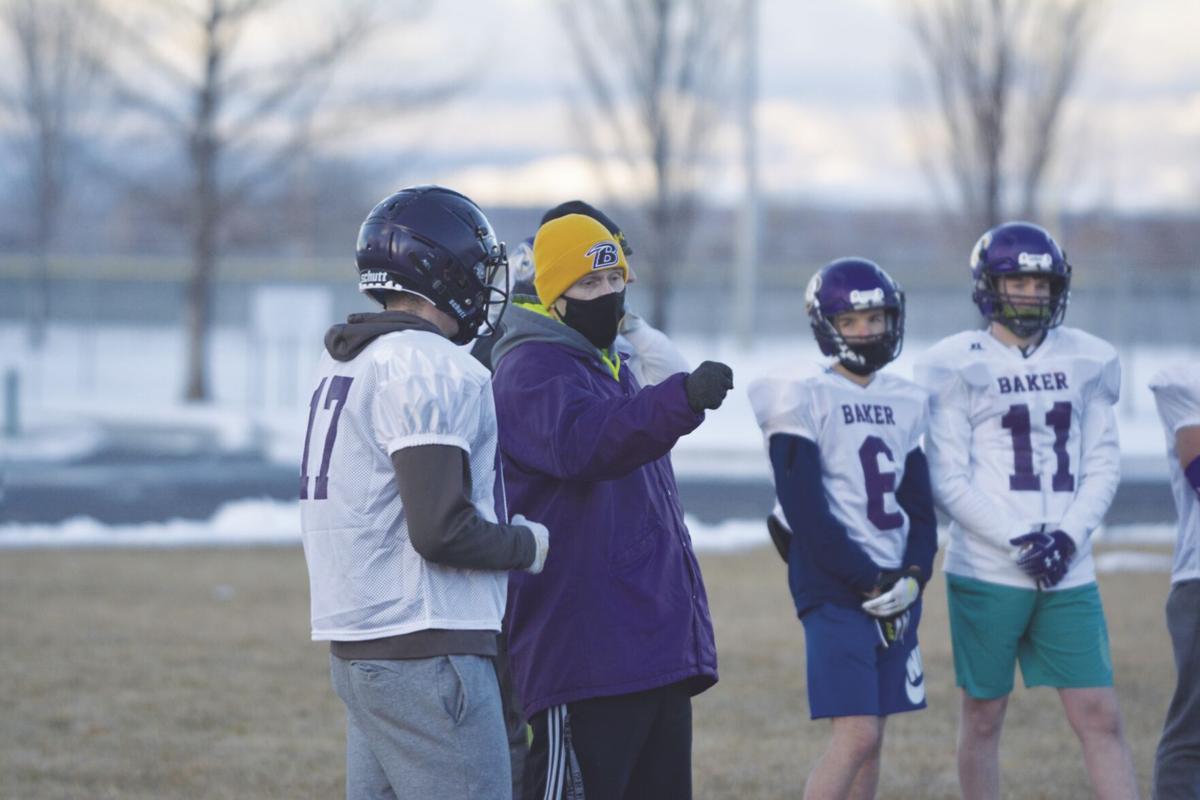 Baker High School coaches are excited to get back to working with their athletes, no matter that sports which usually start in late summer will instead begin in late winter.

The season for those sports will continue through April 11.

The Oregon School Activities Association (OSAA) announced on Thursday, Feb. 18 that rather than trying to schedule playoffs or some other type of season-ending statewide event for the final week of the season, the organization, which oversees high school sports in the state, instead will let schools decide what to do with that final week.

“The OSAA Executive Board does not want to put any undue pressure on schools to participate in a statewide event that could potentially place their students and school community at risk,” according to a press release from OSAA. “Recommendations from the OHA (Oregon Health Authority) advise restricting unnecessary travel between counties, especially when they are at different risk levels. The group felt that requiring schools to travel across the state with the potential for overnight stays for events is not prudent at this time.”

OSAA has not decided whether there will be state playoffs, meets or other events during the final week of the seasons for traditional spring and winter sports.

The season for spring sports — baseball, softball, tennis, track and field and golf — is set for April 5 through May 23.

The season for traditional winter sports — basketball, wrestling and swimming — is May 10 through June 27.

“It’s huge academically, socially and emotionally,” Cole said. “Kids just need to be able to be around one another and have those relationships outside of just the house.”

The OSAA recommends that during cross-country meets, runners from no more than two schools be on the course at the same time to prevent potential crowds of runners.

Cole, who serves on an OSAA steering committee, said she believes that restriction is feasible, although she hoped OSAA would be more flexible considering that teams from smaller schools in Eastern Oregon and other rural areas have far fewer runners than bigger schools, making the two-school restriction less necessary in this region.

“Some schools like in Portland, the 6A schools, they are going to have a hundred on their team,” Cole said. “A dual (meet) for them will look different than a dual for us. We were really hoping we could say, can we have a hundred on the course, between the boys and girls team. Right now that doesn’t seem like it would quite fly yet.”

Cole said she expects to have about half as many runners as she did in the fall of 2019, the last regular season (the 2020 cross-country schedule was canceled). Cole said she has talked with other cross-country coaches in the region, and they reported a similar drop in numbers.

With the OSAA limitation of two teams on a course, rather than the usual meets that involve six or more schools, events will be pretty sparse.

“That’s kind of frustrating, because our dual meets are going to be really, really small,” Cole said. “I feel very comfortable that we could easily have a four-(school) meet and still meet all the safety protocols. I am not getting that feeling right now that we will be able to go in that direction yet but we are still hoping to push for that.”

Baker’s tentative schedule calls for the Bulldogs to compete in five meets, the first on March 3, but that plan was based on having more than two schools competing at the same event.

Trying to figure out a competition schedule is a top priority, Cole said.

She has tempered her expectations for Baker’s first practice Feb. 22.

“We will just treat it as a workout, getting them out there, being able to do something, we just know the times will be all over the board for a while,” Cole said.

Although the cross-country season won’t culminate as usual with the state championship meet at Lane Community College in Eugene, Cole said she hopes it’s possible to arrange a multi-school competition of some sort.

Cole said that besides being happy to coach again, she’s excited that parents will be able to root on their kids.

“That’s a huge part of them and their journey of their kids going through high school,” she said.

Coaches for volleyball, cross-country and soccer knew that practices could start Feb. 22, but until Feb. 10, football was still the big question mark.

Baker varsity head coach Jason Ramos breathed a sigh of relief when he heard that news.

“Our kids are happy, I feel like a weight has been lifted off their shoulders, they’ve been in limbo all this time since the fall,” Ramos said. “We had guys texting us, and we felt like we needed to celebrate because our guys are all in.”

Ramos, who also teaches math at BHS, said that as excited as he is to return to the football field, he’s more happy that students are back in the classroom two days per week.

“Sports are extracurricular or co-curricular, that means they go hand-in-hand with school,” he said. “Obviously school comes first, and we want our kids back in the classroom.”

Football players had a four-week mini-season last fall, but there were no games.

The prospect of donning pads and having real practices, in preparation for a possible five-game schedule starting March 5, is a major achievement, Ramos said.

“What our kids really need right now is that connection, back to school, connection with their peers, the social aspect of that is usually important,” Ramos said. “We had that fall mini-season, and we were wanting a little bit more.”

Although a regular playoff schedule, with a state championship game, won’t happen, Ramos said he hopes there will be something to conclude the season, similar to a bowl game, so players have something to look forward to at the end of the season, which concludes the second week of April.

“I think that would be a great idea, let’s get some maybe regional matchups between league champions, and make it worth something,” Ramos said. “That’s kind of what kids are motivated for, is what is that at the end of the season that’s driving us.”

Boys varsity coach Victor Benites is excited for practice to start Feb. 22, but he also feels the pressure of trying to get his players ready for their first match, tentatively set for March 2 against Ontario.

“We only got like one week of practice, I want to be ready for the first game,” Benites said. “It’s going to be tough, you have to get conditioning right away. I don’t know how the kids have been doing ­— it’s going to be hard but we are going to have to go day-by-day.”

Though he knows his players are raring to return to the field, Benites is even more excited to see them spending more time in their classrooms.

“Your education comes first, then you do the sport second, it’s really important to be back in school, in-person,” Benites said.

Girls varsity coach Eric Layton is confident his players, after practicing and playing a couple of matches against La Grande during last fall’s mini-season, won’t need to adjust to wearing masks.

Like Benites, Layton acknowledges the challenge of having only a week of practice to prepare for the Bulldogs’ first match, tentatively set for March 2 against Ontario.

“I’d like to just hit the ground running, on the day we practice and just do two-hour practices,” Layton said. “Start easy and work our way up to a more rigorous practice.”

Layton said he hopes his team will have something to shoot for during their regular-season matches.

He also hopes parents will be able to watch their kids play, given the ample space on the sidelines for social distancing. That wasn’t possible during the unofficial matches against La Grande last fall.

“I still think there’s a better way to do that, we could space out families somehow. That was kind of hard for the families to not see the few games that their kids had,” Layton said.

Baker varsity coach Ali Abrego said that although the Bulldogs were limited to the abbreviated mini-season last fall, she thinks the team made progress then, and she’s ready to return to the court Feb. 22.

“I don’t plan to revisit things that we covered in the fall, I plan on building off of that,” Abrego said.

She’s excited about the potential for Baker to compete against regional schools, starting with a home match against Burns on March 2.

“In our region we have a lot of talent, that in a normal year we wouldn’t get to come up against because of the different classifications,” Abrego said. “I think it will be beneficial to our kids to get to see different programs throughout our local areas.”

Abrego, a special education teacher at Baker Middle School, said she was pleased that students at that school, as at the high school, returned to in-person classes two days per week on Jan. 25.

“I fully believe that student-athletes are students first, they need to be putting the work in the classroom and getting a good education, and viewing athletics as a privilege,” Abrego said.

“Hopefully we will have a productive season, and I am very anxious after seeing the talent that I had in the fall. I am super hungry for it.”

Life in the Red: Huskers in contention for several 2022 DBs