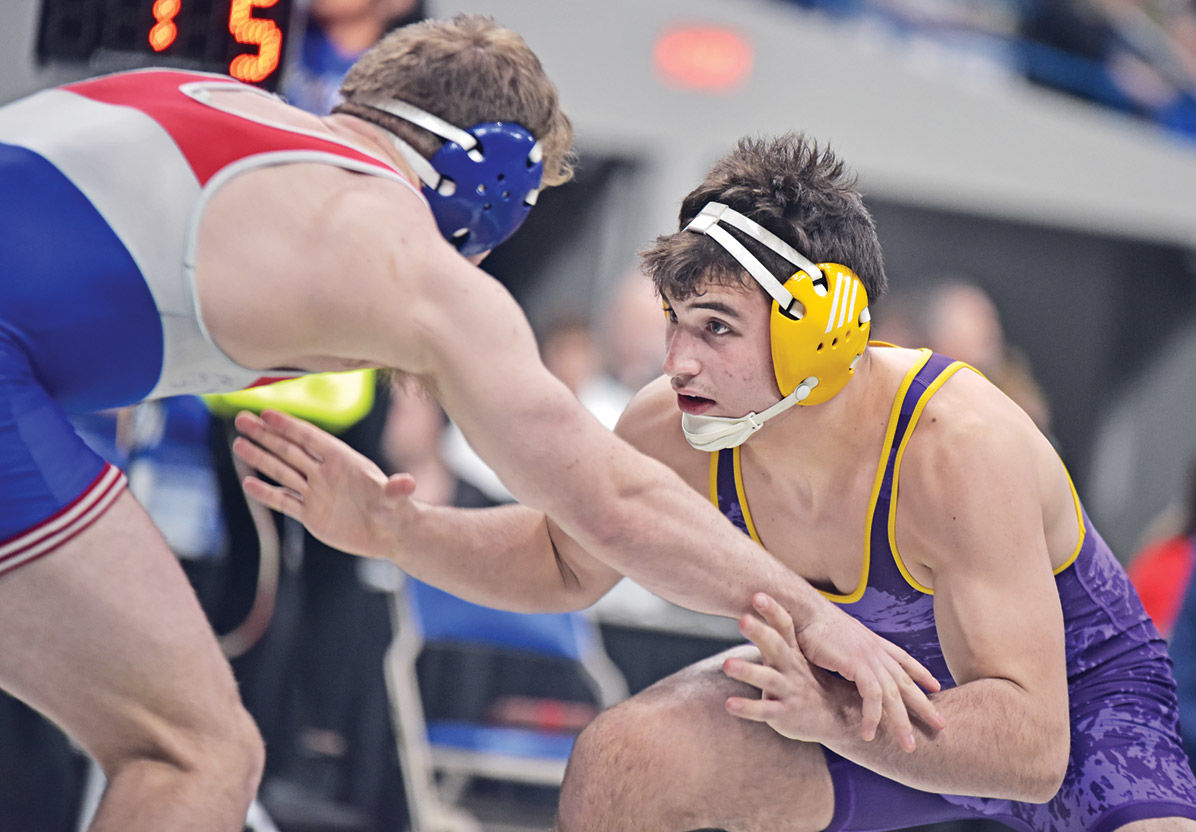 Baker’s Hon Rushton, right, and La Grande’s Nathan Reed know each other well. On Saturday, with the state championship at 182 pounds on the line, Rushton pinned his longtime rival. 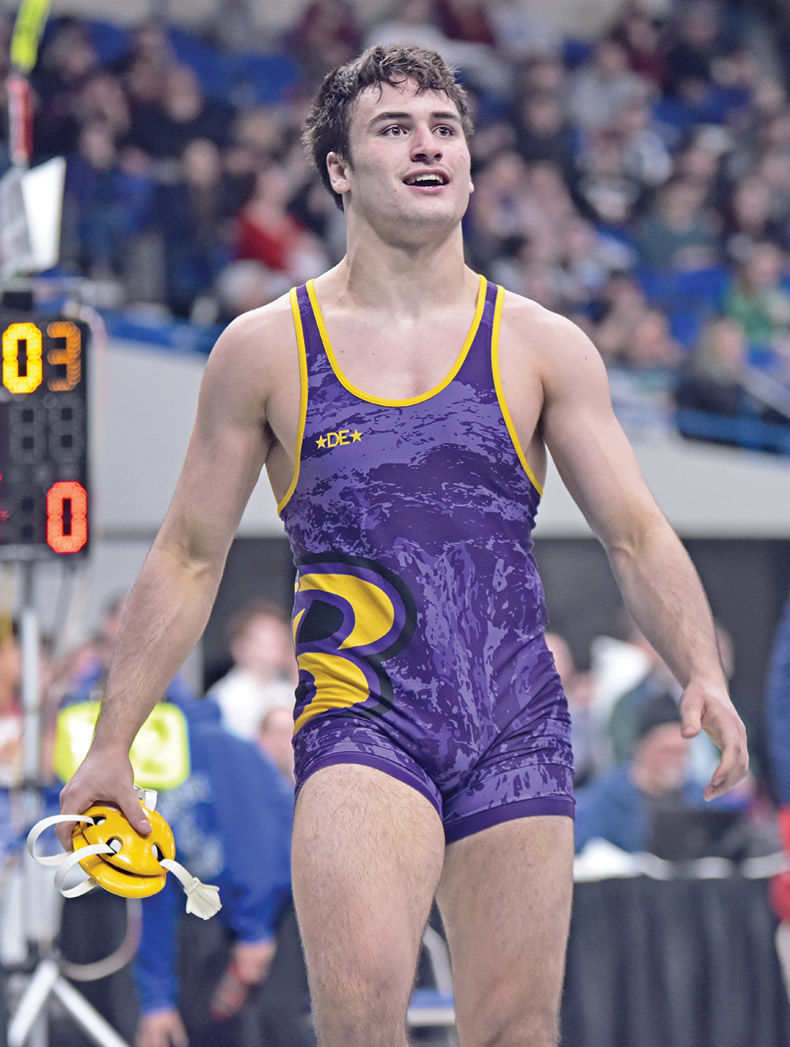 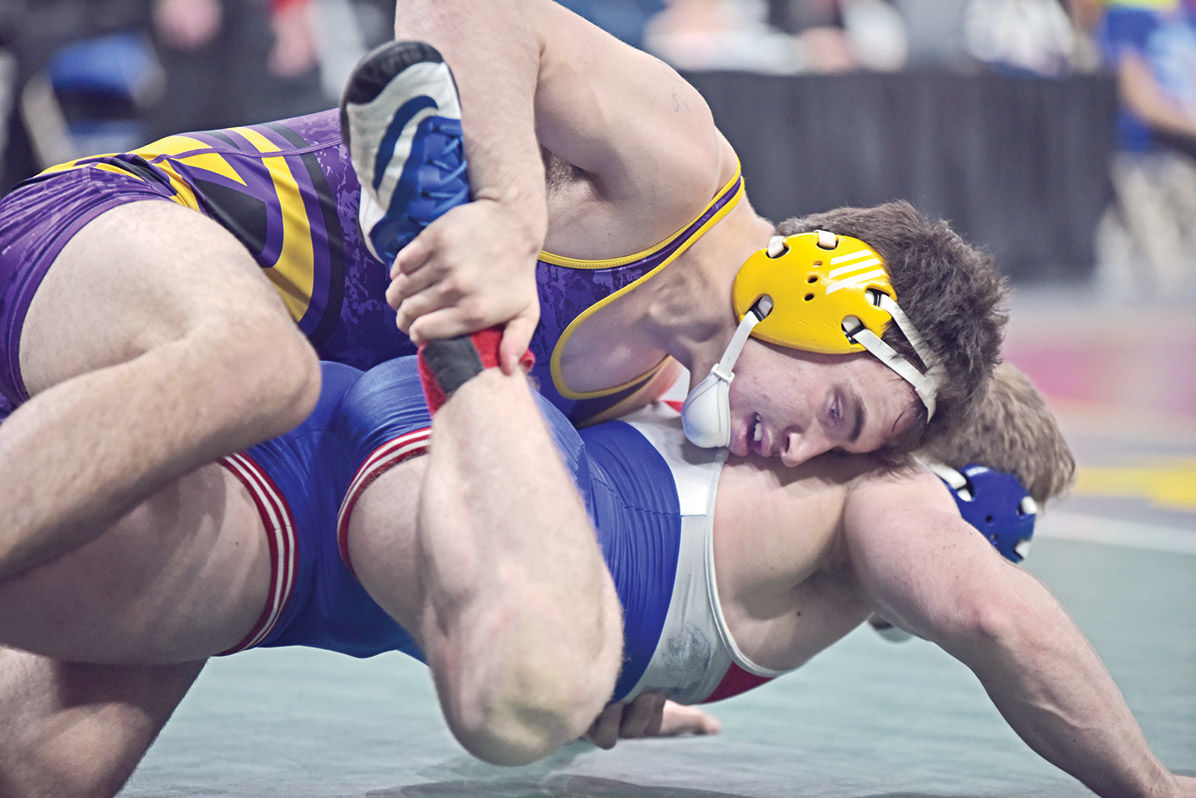 Baker’s Hon Rushton, right, and La Grande’s Nathan Reed know each other well. On Saturday, with the state championship at 182 pounds on the line, Rushton pinned his longtime rival.

Going into the state tournament, every wrestler hopes to get their hand raised in success while being crowned the state champion of their weight class.

Baker junior Hon Rushton was only one match away from accomplishing that dream Saturday night in Portland’s Veterans Memorial Coliseum, but across the mat Saturday night stood an opponent he knew pretty well.

It was La Grande’s Nathan Reed.

“I just had nothing to lose, and he had everything to lose with it being his senior year,” Rushton said.

Though Reed had beaten Rushton in five of their previous six matches — most recently in the district championship match Feb. 22 at Ontario — Baker head coach Brandon Young knew that he had to encourage Rushton to focus on what has worked for him in the past.

“Going into that match we are 0-0 right now and this is the only one (match) that matters,” Young said.

Despite his record against Reed, Rushton knew he was prepared. Through his previous time on the mat, and a large amount of film he had watched, Rushton felt confident facing Reed once again.

“I knew I could get the job done. I just didn’t have the right mindset the week before,” Rushton said, referring to the district title match.

His preparation paid off. Right after the five-minute mark in Saturday’s state title match, Rushton was able to pin Reed’s shoulders to the mat. When the referee called for the match, lined both of them up and raised Rushton’s hand as the victor, he was elated.

“That was my goal since the sixth grade when I started wrestling,” Rushton said, “It was just the best feeling in the world.”

Though he left Portland with this achievement in hand, Rushton wasn’t completely satisfied. Baker’s fifth-place finish in the team standings wasn’t enough, and Rushton said he’s ready to get back to work with his fellow Bulldogs to go right back to work on the mat in preparation for next season.

“We were in a spot where we think we could have done better,” Rushton said. “All of us are looking for a state title.”

“Baker wrestling is going to be tough for a long, long time,” Young said. “Realistically we will have a shot to win the whole thing next year.”

Of the five Bulldogs who placed in the top four, only Johnny Niehaus is a senior.

“That was my goal since the sixth grade when I started wrestling. It was just the best feeling in the world.”

— Hon Rushton, who avenged a loss to Nathan Reed of La Grande in the district title match on Feb. 22 by pinning Reed Saturday for the state championship

An early look at the 2020 Wisconsin Badgers offense

With MU football on a hot recruiting stretch, here’s what lies ahead

Get to know the Wisconsin Badgers' 2021 football recruiting class