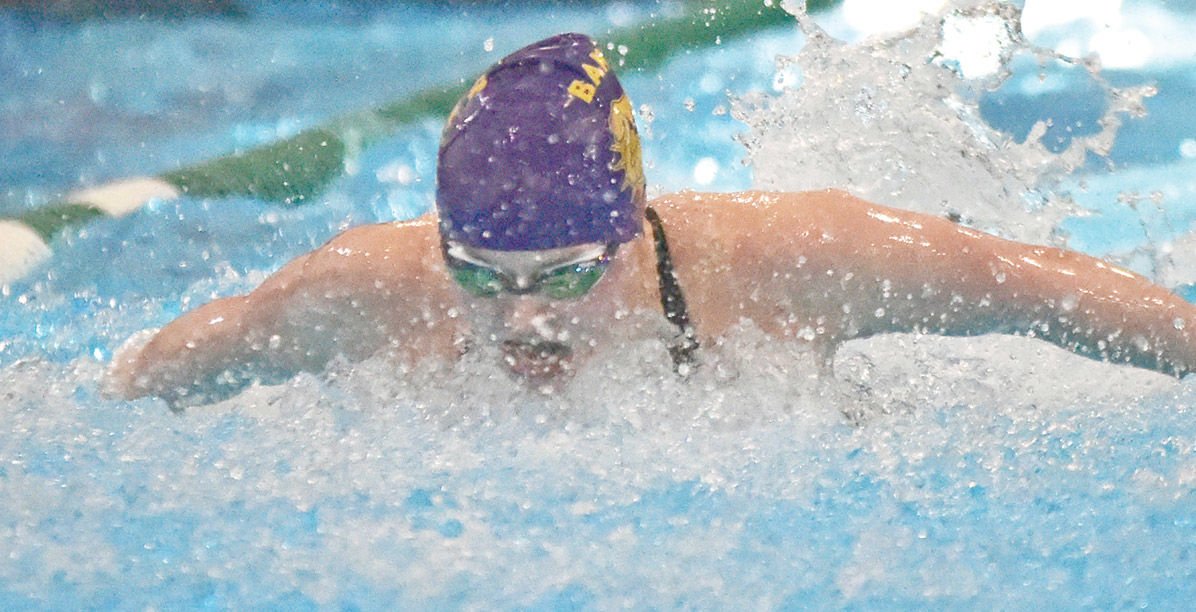 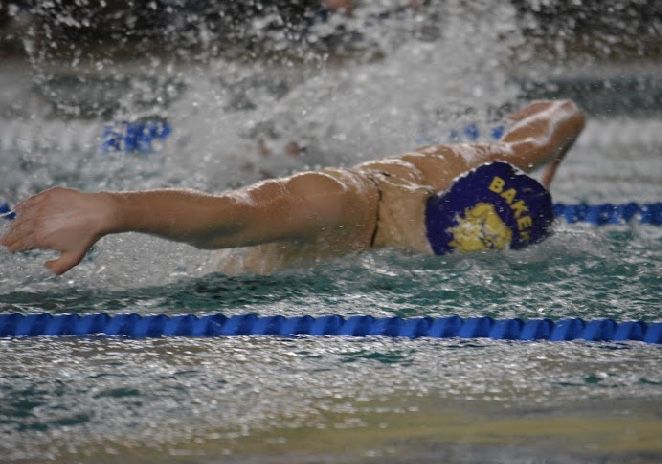 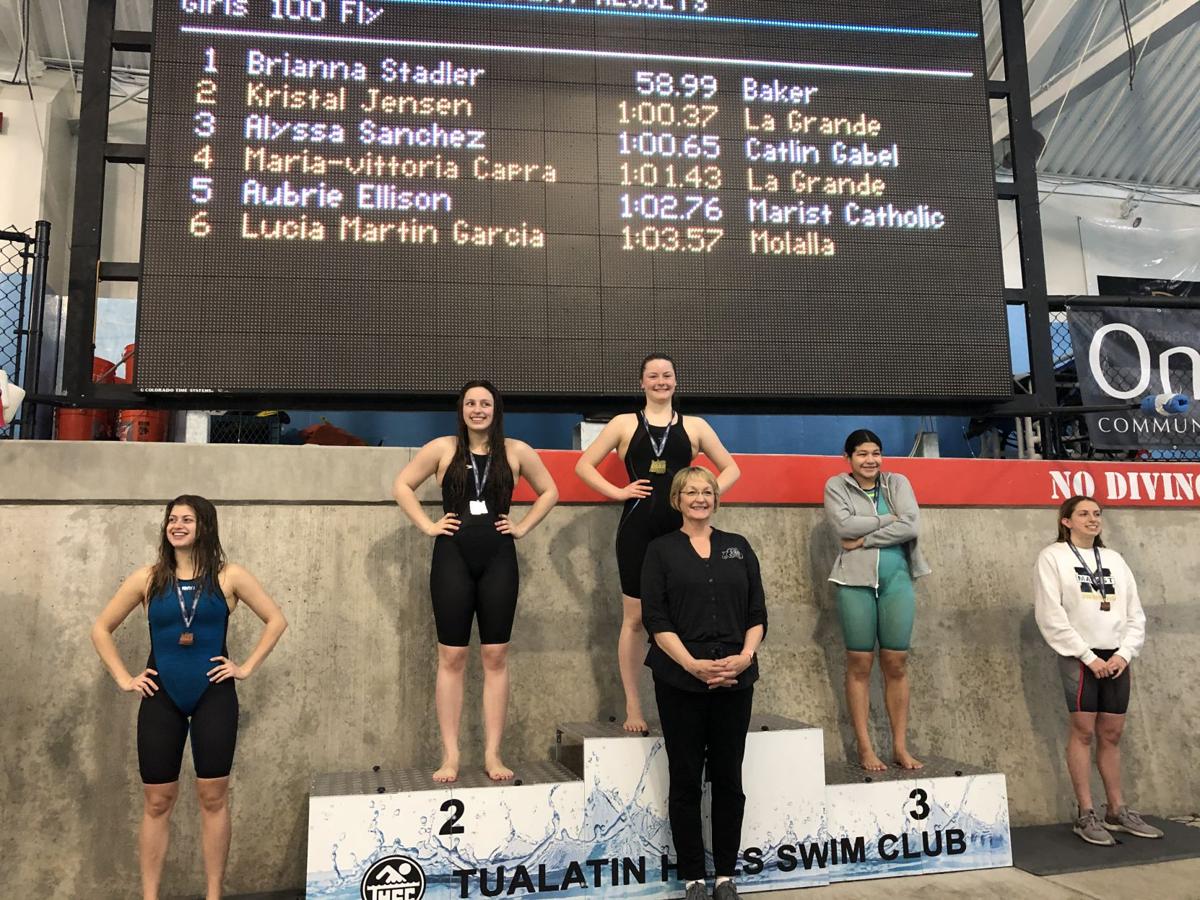 Baker sophomore Brianna Stadler claimed her second career state swimming title Saturday, winning the 100-meter butterfly race in a time of 58.99 seconds, more than a second ahead of runner up Kristal Jensen of La Grande.

Stadler won the 100-meter backstroke at last year’s meet, setting a state record in the process.

She competed in the 100-meter backstroke again this year, finishing second to Sweet Home’s Chloe Tyler. Stadler was less than half a second behind, finishing the race in 58.97 seconds to Tyler’s 58.63.

“I was happy with the (butter)fly, but the backstroke could have been a little better,” Stadler said.

Stadler said she was optimistic about her chances to win the butterfly, in part because she was well-acquainted with the swimmer who finished second, La Grande’s Jensen.

Jensen and Stadler compete together for the La Grande Swim Club, and Jensen formerly lived in Baker City.

Stadler said she was pleased that in addition to winning the butterfly, she set a personal record time in the event. Her previous best was 59.7 seconds.

As for the 100 backstroke, the event for which she holds the state record, Stadler said she was “a little nervous” in part because she wasn’t able to spend as much time in the water as she hoped this winter after the heater broke at Sam-O Swim Center, closing the Baker City pool.

Stadler said her plan was to get in eight practices a week. Forced to travel to La Grande to swim, she said she averaged only about five practices per week.

“That’s a lot less in-the-water training than I was hoping for,” she said.

Stadler said one of her goals for next year is to win state titles in two events, including the 100 backstroke again. She’d also like to beat her own record.

“I’d like to keep that record for a long time,” she said.

Stadler and Mays were two of the four members of Baker’s two relay teams that also competed at state, joining with sophomore Caitlin Lien and junior Salena Bott.

FIRST PITCHES: To inform and entertain ... but maybe not in that order